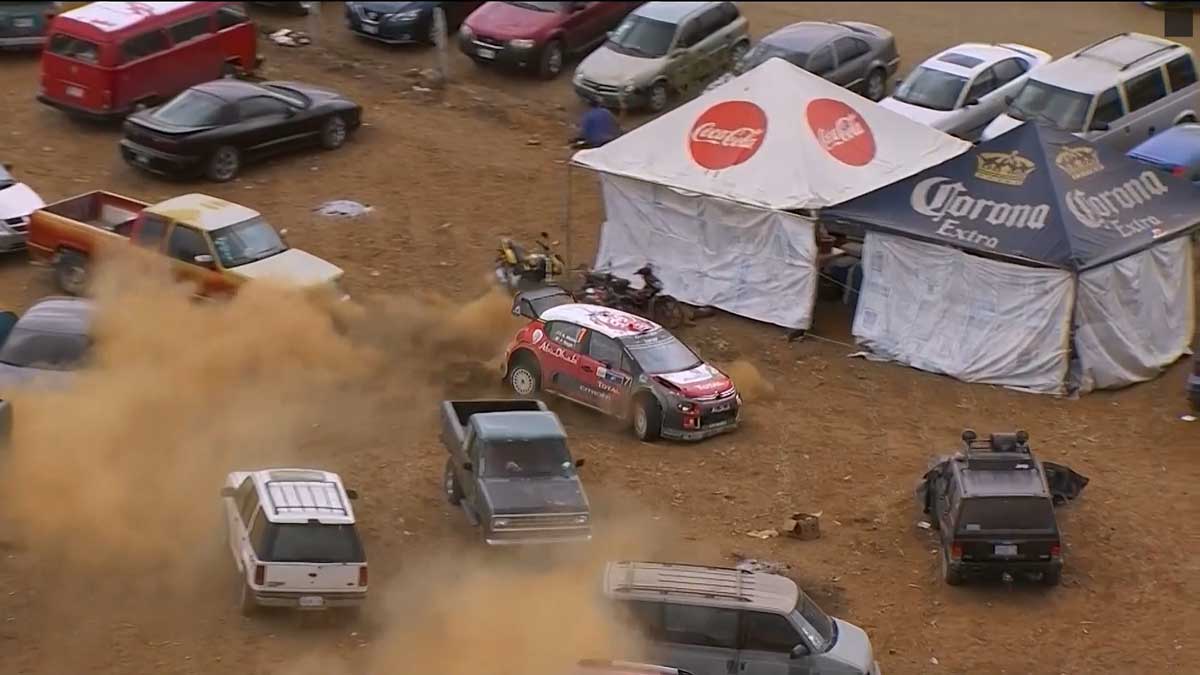 It looked like a fourth career win was assured for rally driver Kris Meeke, going into the final stages of the Guanajuato Rally Mexico, on the weekend.

Entering the final gravel road dash, in the mountains near León, the Northern Irishman carried a near-40 second lead over Sébastien Ogier.

But just 750 metres from the end of the four-day event, a mistake plunged his Citroën C3 through a hedge and into a spectator car park!

Disoriented, Meeke drove around the parked vehicles urgently searching for a way back onto the road. Luckily, he eventually spied a hole in the hedge, regained the track and limped to the finish with a puncture and fan safety tape trailing from his car—what a way to win!

In the end, the clocks showed that Meeke—along with his co-driver Paul Nagle—managed to cling on to the lead by 13.8 seconds. The win ends a miserable start to the season for Meeke and his Citroën team. It was their first success of the year and Meeke leaped to sixth in the FIA World Rally Championship leaderboard.

Here’s what he had to say:

I got caught out on a bump after the jump at a fast right corner. I’m a lucky boy. That’s certainly one way to finish a rally and I didn’t need that.

I was desperately trying to find my way out of the parked cars and find a gap in the hedge. A lot of things went my way.

Meeke’s error left Ogier regretting a time-consuming spin, on Saturday, in his Ford Fiesta, but second for the Frenchman enabled him to leapfrog Jari-Matti Latvala to lead the championship by eight points.

The championship returns to Europe for round four next month. The Mediterranean island of Corsica hosts the Che Guevara Energy Drink Tour de Corse on 6 – 9 April, the first pure asphalt round of the year.