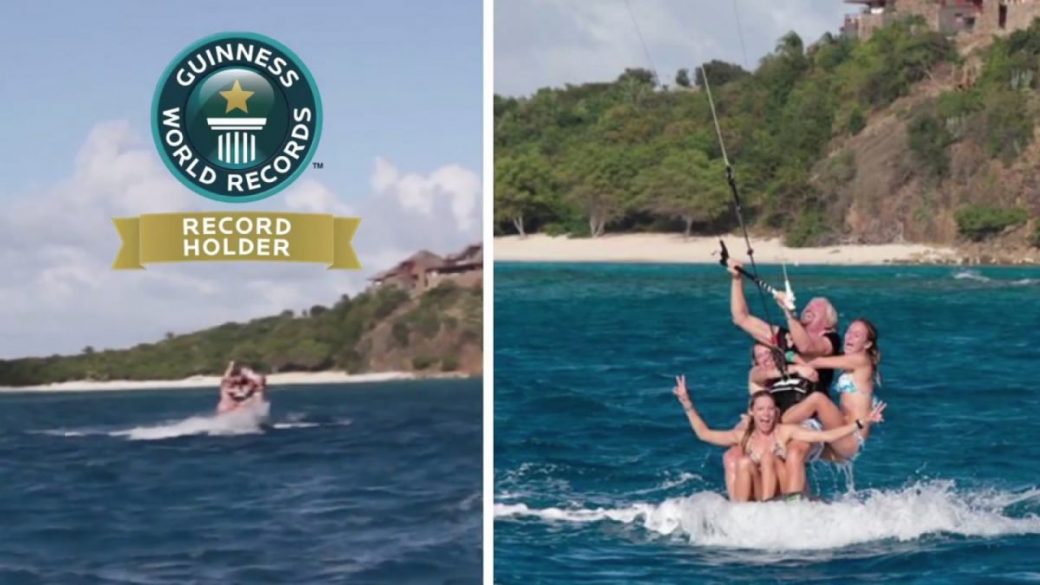 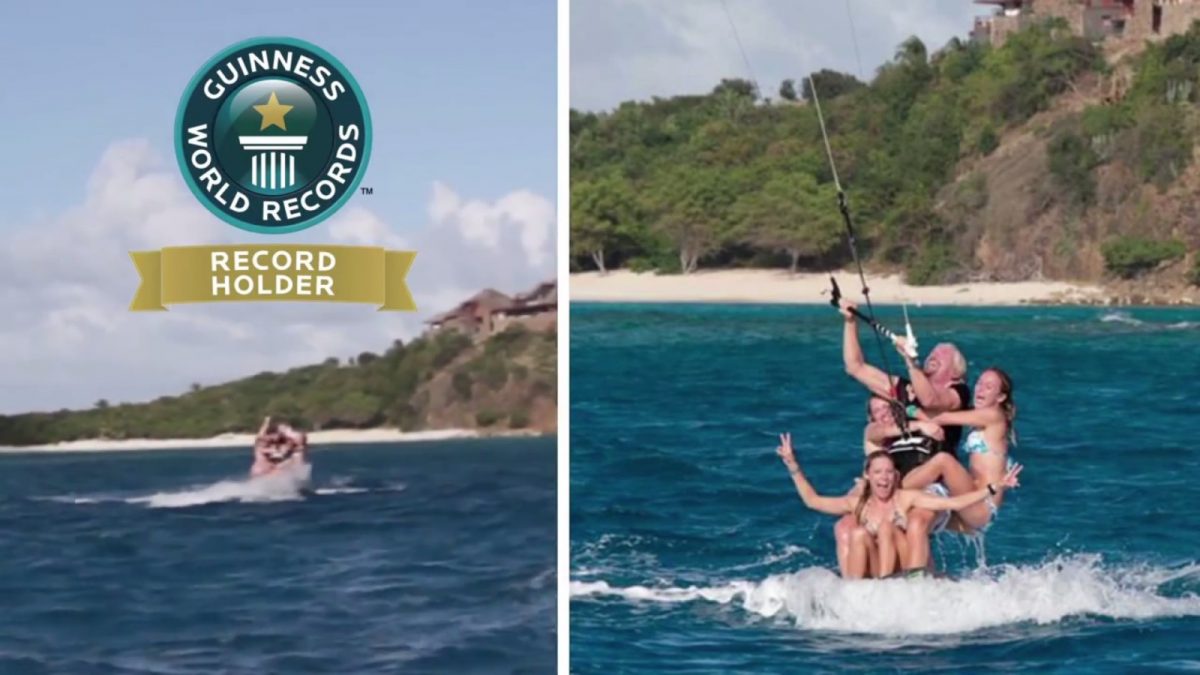 Founder of the Virgin Group, Richard Branson has set the World Record for most people riding a kitesurf board at the age of of 63. Known for his adventurous lifestyle and passion for kitesurfing, Branson set the record at four people by kitesurfing, if only briefly, with three other kitesurfers – including champion kiteboarder Susi Mai, who suggested the challenge in the first place. One was crouched at the front of the board and the other two held on at either side. Here’s the video of the record below: