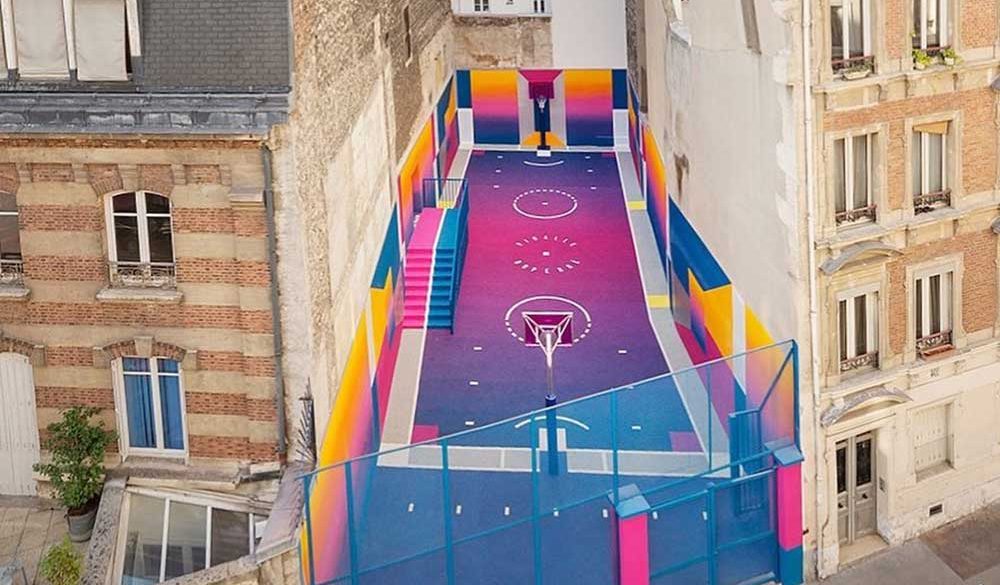 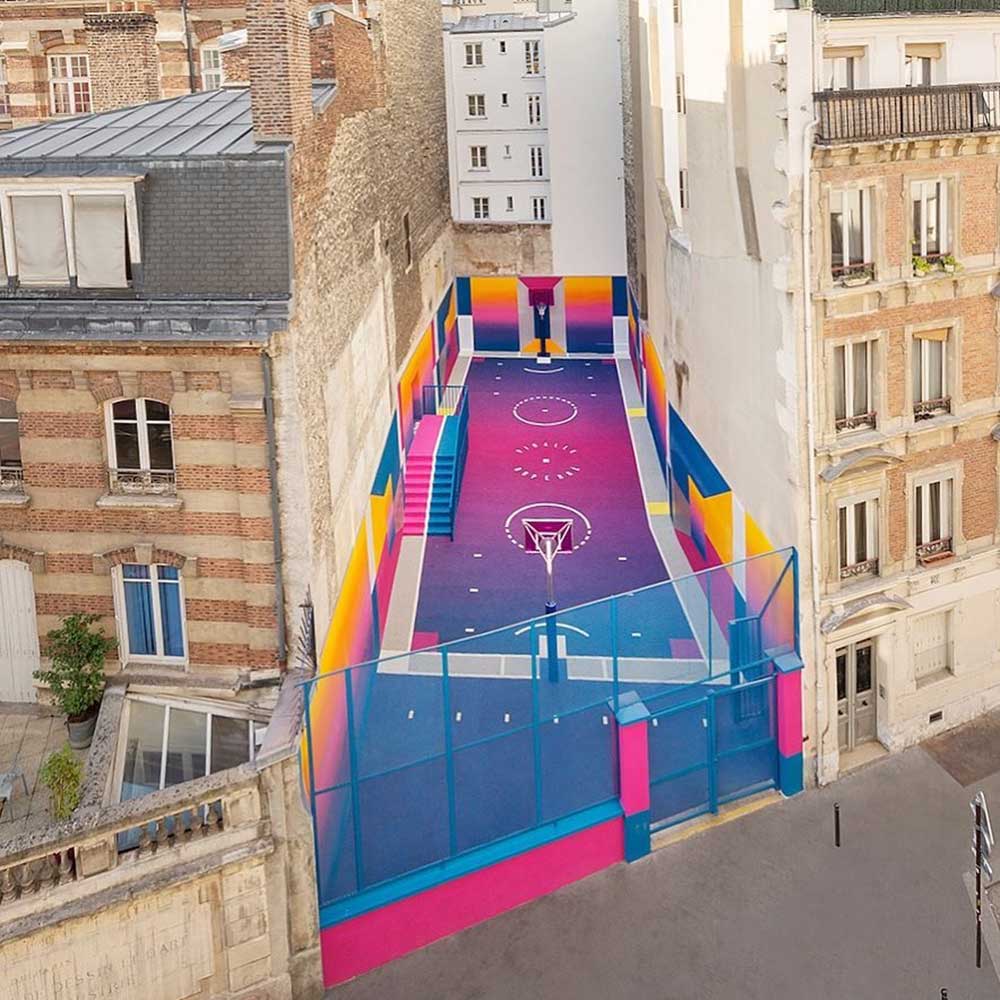 For centuries art and sport have been considered the polar opposites. But over the past 50 years or more, sports brands have begun to merge the two to create fashionable and artistic pieces of apparel and footwear. Nike even launched a campaign claiming that “sport is art” in 2011.

Now a basketball court has been designed that showcases a beautiful fusion of the two disciplines, and it’s causing quite the stir.

The basketball court in question was designed and painted by French design and photography agency Ill-Studio and fashion brand Pigalle—with support from Nike. It’s in the centre of Paris, squeezed in between buildings in a suburb on Rue Duperré.

The new design was revealed on Instagram and showcases the court painted in graduated hues of fuschia, dark blue, canary yellow and burnt orange.

A place for young people

According to Playtop, “the Duperré playground is the only place in the area where young people can play sports for free”. Pigalle says in the post: “From us to the youth”, highlighting its commitment to supporting the young people of Paris. As when local residents first complained about the noise in the area and the court was threatened with closure, Pigalle founder Stephane Ashpool stepped in to save the court and secured funds to keep it open.

This isn’t the first time the court has been decorated either. In 2009, Ashpool joined forces with Nike to design the court and they’ve been repainting it ever since. In 2015 they painted the court in a way that looked inspired by Piet Mondrian’s Composition paintings.

While the court’s design has received a huge amount of praise some have criticised its appearance, suggesting it’s “not appropriate for the surrounding architecture”. While it definitely draws your eye away from the surrounding buildings, is this necessarily a bad thing?