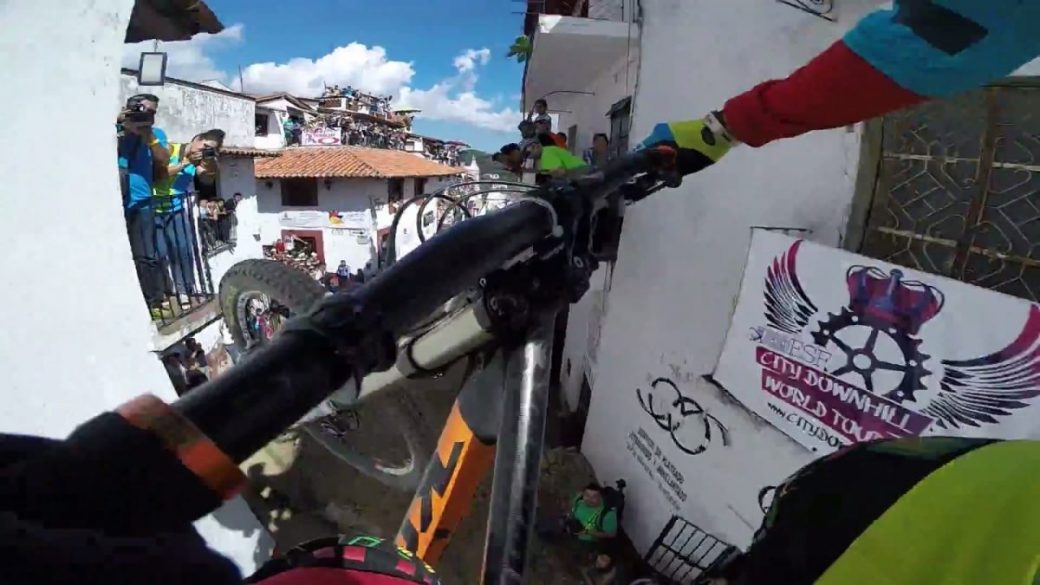 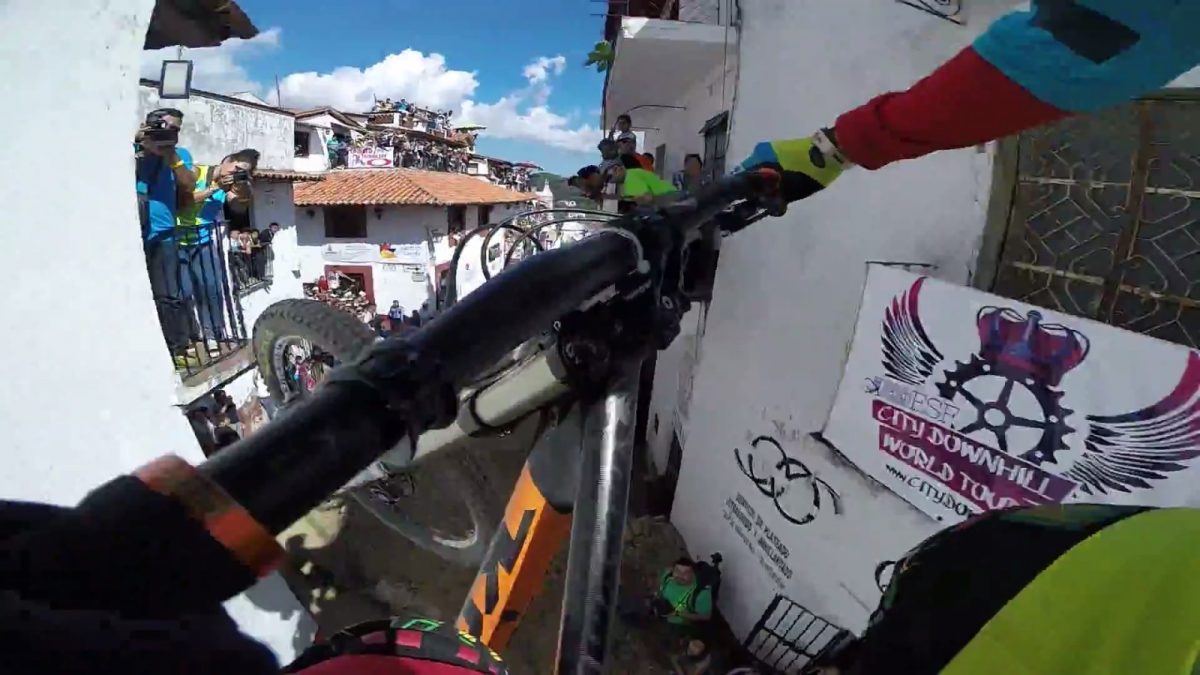 The famously hectic TAXCO Urban Downhill race was firing on all cylinders over the weekend in Guerrero, Mexixo. The race, runs on a creative track, a mix of purpose built wooden and dirt ramps, berms and walls placed throughout the tight, spectator filled streets, staircases and dirt track sections (there was even a hallway section thrown in to this years course.)

Bernardo Cruz bested the stacked field to win the Downhill race on Saturday (October 25th 2014), while second place went to Filip Polc. With the second place points in the bag, the Slovakian also claimed the overall City Downhill World Tour title. Tomas Slavik came in third, Mitch Ropeleto fourth and Bernard Kerr was fifth to round out the podium (check out his helmet cam footage below).

The race left behind stacks of awesome race and helmet cam footage in it’s dust, check out the best of it below:

The above video is Bernard Kerr’s POV helmet cam footage of his finals run. While the wild zipping ride can get quite tricky, especially when you throw crowd dodging to the mix, Kerr seemed to have a blast – wait for the shout at the end!

Antoine Bizet did the double winning the Best Trick (video below) for a second time in a row, with his near signature back flip to front flip combo. As with last year’s entry he went for the back flip first before getting his tuck into the front flip on the last ramp.

Also, if you recall last year there was loads of hype over Brendan Fairclough’s run – you can watch it here.