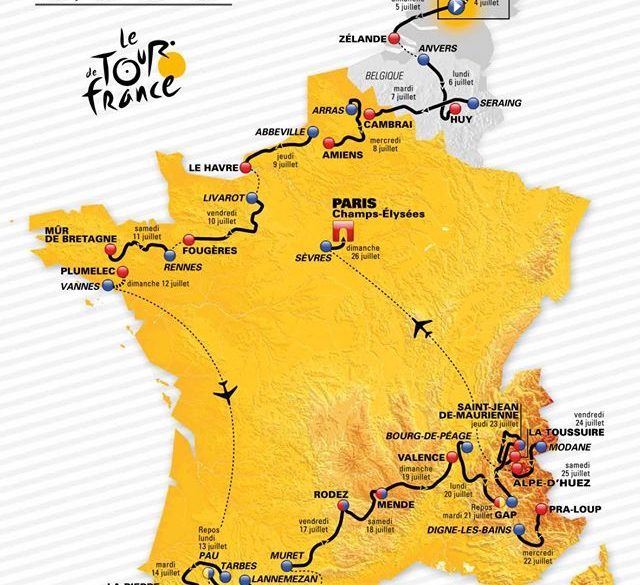 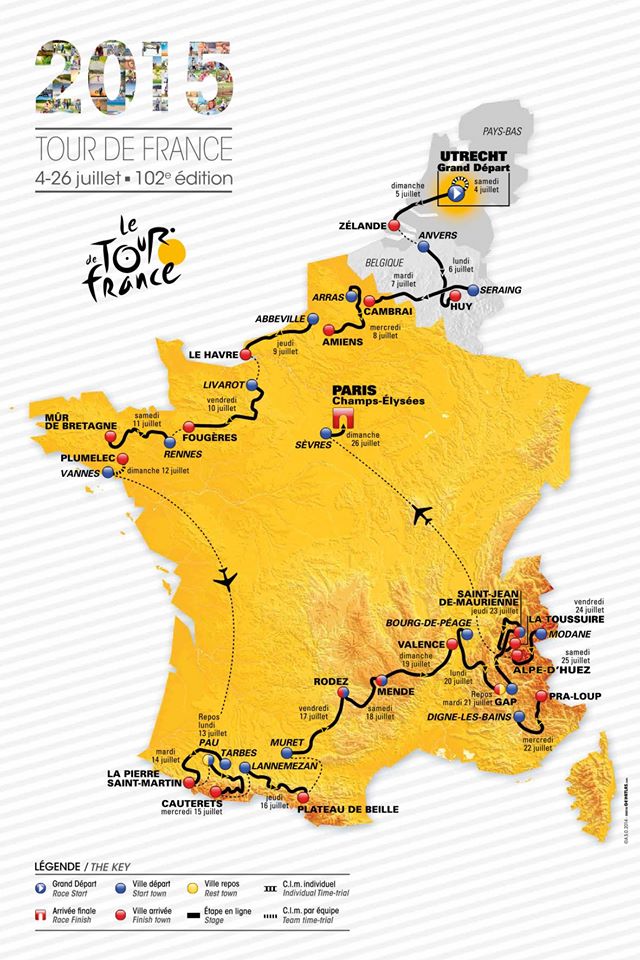 The Tour De France 2015 Route has been revealed on the Tour De France Facebook Page. The 2015 Route has it’s Grand Départ in Utrecht, Netherlands. The route heads west from there, towards Plumelec on the French North Atlantic Coast and then heads south to the mountains. The first mountain stages take place in the Pyrenees and then head East into the Alps before the Final stage in Paris.

So now we know The Tour De France 2015 route, time to plan next years tour adventure.