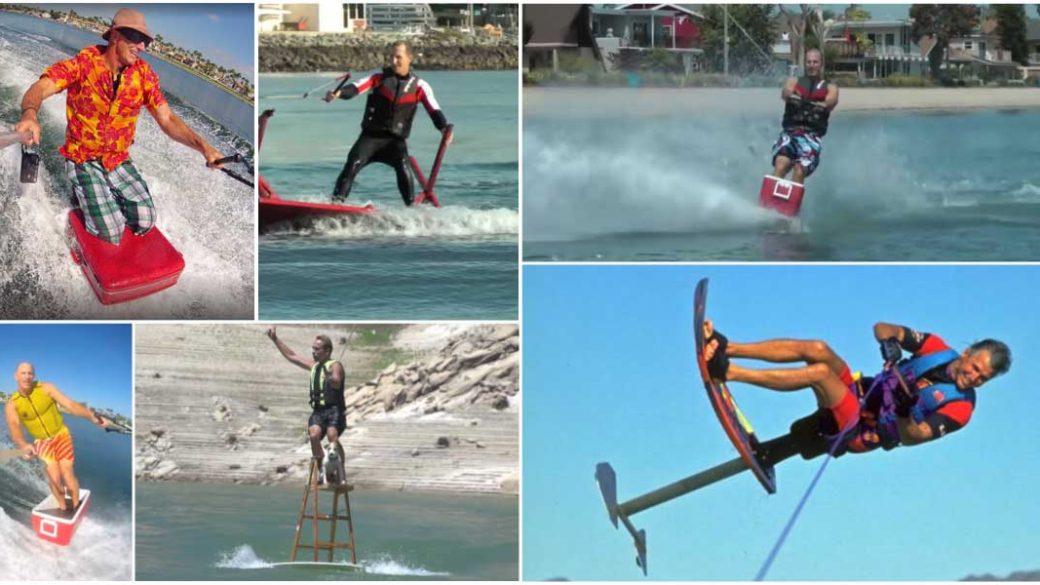 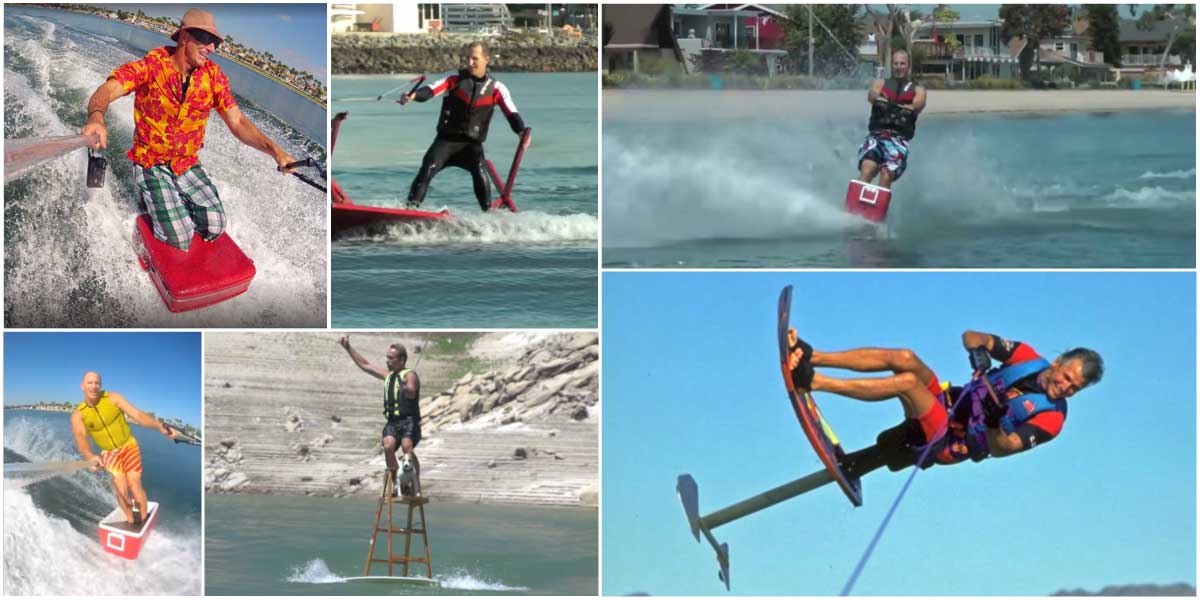 When it come to water skiing, Tony Klarich has tried to ski everything…well, almost everything:

Riding unique objects is one of my many adventures in water skiing, and I’m up to 77 items so far.

In 2015, Klarich took this obsession even further by water skiing 50 different objects in one day—to celebrate his 50th birthday.

He used to ride in a water ski show team, but now shares his tricks and instructional videos on his YouTube channel. His skills are not limited to the water, though—as well as his Wacky Water Skiing series, he also dabbles in magic and music.

Here are some of our favourite videos from the water ski stunt playlist:

Water skiing on a picnic table

This is one of Klarich’s classic Wacky Water Skiing videos. On the stunt, he explains:

A picnic table is easy to ride, but taking a spin around the lake always gets a WOW! The toughest thing is packing it around. My grandmother, Mary Murphy, was more than game to let me ride the family table. It makes for found memories at Thanksgiving and Christmas as we gather around it!

Water skiing on a ice chest

Klarich released a shorter clip of him riding the ice chest in 2015. That video went viral, but we included this version, because it shows how he managed to hop into box at speed—pretty impressive stuff!

Water skiing on a ladder…with a dog

For this stunt, Tony teamed up with fellow water skier Doug Pearce. The video is from way back in spring 1992, but the gif (below) is taken from a more recent clip. In each, the dog seems super chill—a natural in the water.

Water skiing on a 10 ft hydrofoil

Water skiing on a suitcase

Check out the finish on this one. The video was published back in 2013 and was one of the 50 acts Klarich worked on for his 2015 50-50 challenge. On this particular stunt, Klarich said:

I’ve been riding luggage for a few years, but this act goes to another level when I play Tony Tourist!