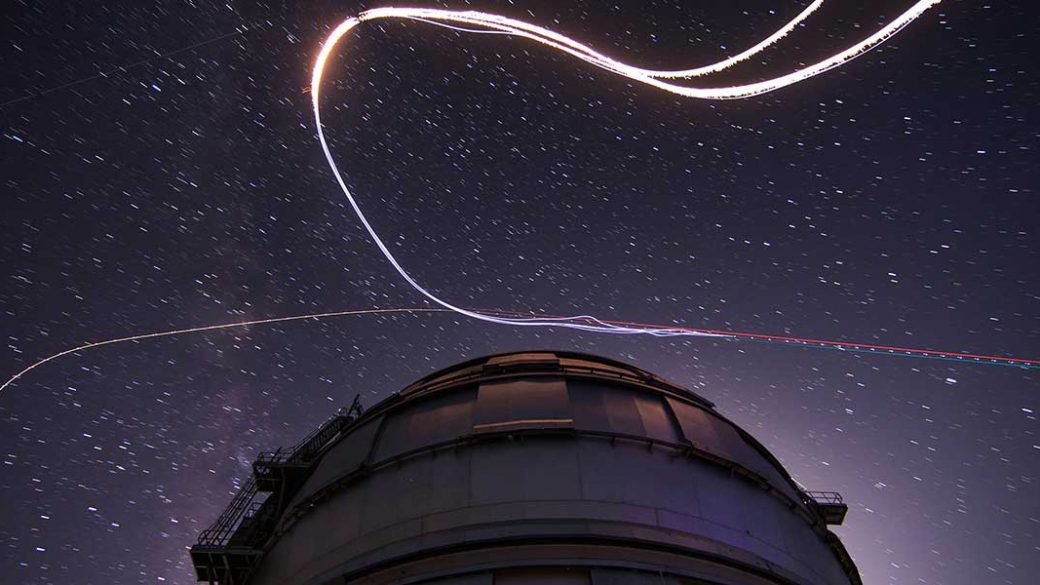 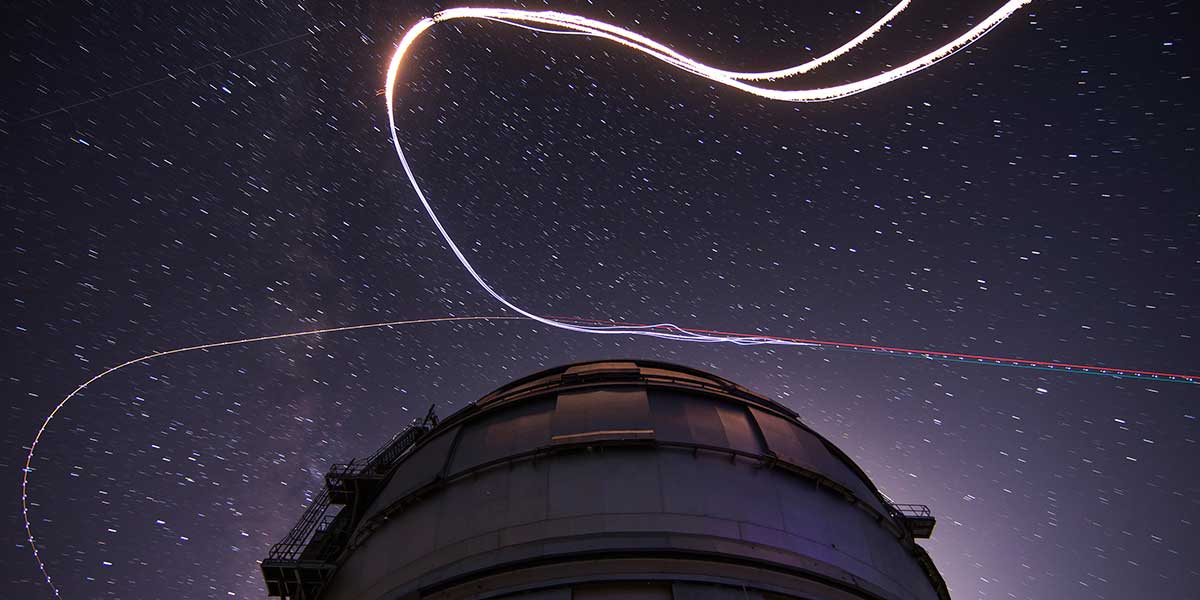 In August 2016, Norwegian Joakim Sommer, Austrians Marco Waltenspiel and Georg Lettner and Spaniard Armando del Rey took to the skies during one of the most beautiful celestial events of the year.

The four skydivers and wingsuit fliers journeyed to the Spanish island of La Palma to take advantage of yearly Perseids — a prolific meteor shower associated with the comet Swift–Tuttle.

During their flight in mid-August, up to 500 meteors were observed every hour. In fact, the visibility of the Perseids – a stream of debris stretching along the orbit of the comet Swift–Tuttle – was five time more intense than usual this year.

Sommer (Norway), del Rey (Spain), Waltenspiel and Lettner (Austria) jumped from an altitude of 1,800 meters and flew at a speed of 170 km/h above the Roque de los Muchachos Observatory, where the world’s biggest optic telescope, the Gran Telescopio de Canarias, is located. They achieved this complex flight in total darkness, wearing LED wingsuits.

Of the experience, Sommer said:

The experience has been amazing. It literally felt like I was in a video game. I was in this black tunnel and there was nothing else besides all those billions of stars in my face. It was a really unique visual because you could really feel the speed, but you have no other surroundings. You are just in pitch black; it is like you are out there in the outer space. It’s crazy, it was literally crazy.

The jump above “La Isla Bonita” (as La Palma is also known) took place from the aircraft T-21 thanks to the Air Force, the Canarian Astrophysics Institute and La Palma’s City Hall.