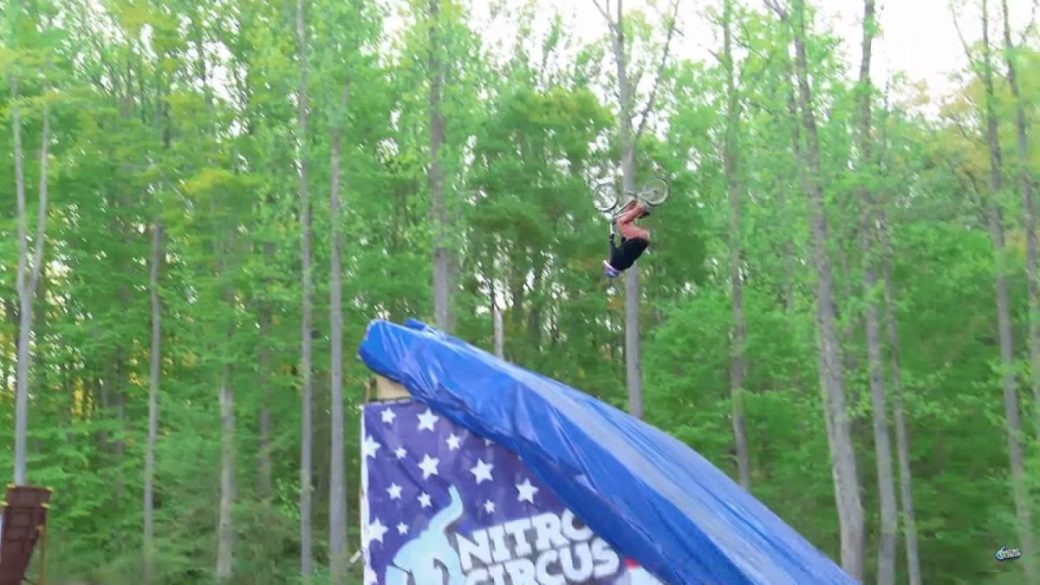 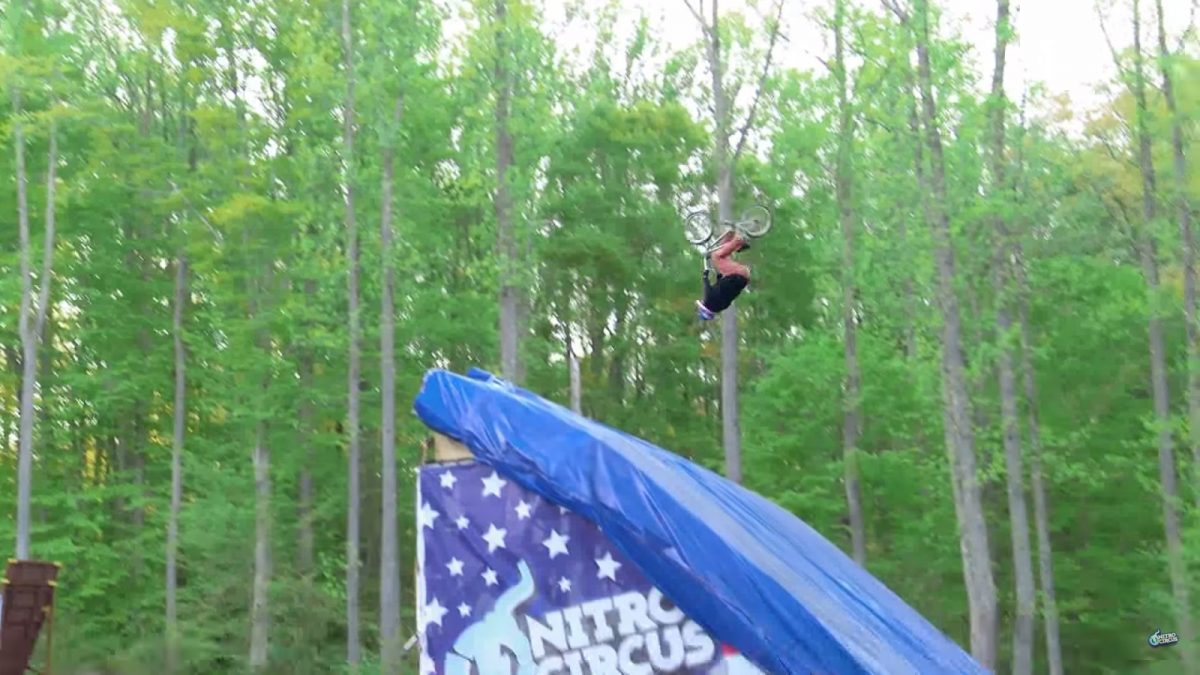 So Nitro Circus BMX athlete Jed Mildon has just landed the worlds first quadruple backflip on a BMX. A few riders have been competing with Jed in the chase for the ‘biggest trick in action sports’.

In the video below, which highlights the race between these riders, James Foster has a very sketchy fall during one of his attempts at the quad backflip, showing the danger surrounding a trick like this. As Ethen Roberts puts it “this is no joke, and the consequences of error are huge!” BXM innovator Chad Kagy, also explains how you (as a rider) have to to believe, even know, that you are going to pull off the trick as you drop down towards the kicker. On that note, in order to even attempt this flip, a massive kicker—that reaches a near vertical incline at the lip—was built for challenge. A padded landing ramp, large run-off and bumper pads were positioned to minimise any injuries. Even so, each rider that attempted the flip had slam after slam into the landing ramp.

Some would say that the risks were too great to go for a BMX trick like this. But as BMX legend Matt Hoffman says, you have to “dream big, ask ‘what if?’ and make it happen…if you believe something [then] anything is possible!” That’s exactly what Jed Mildon has done.