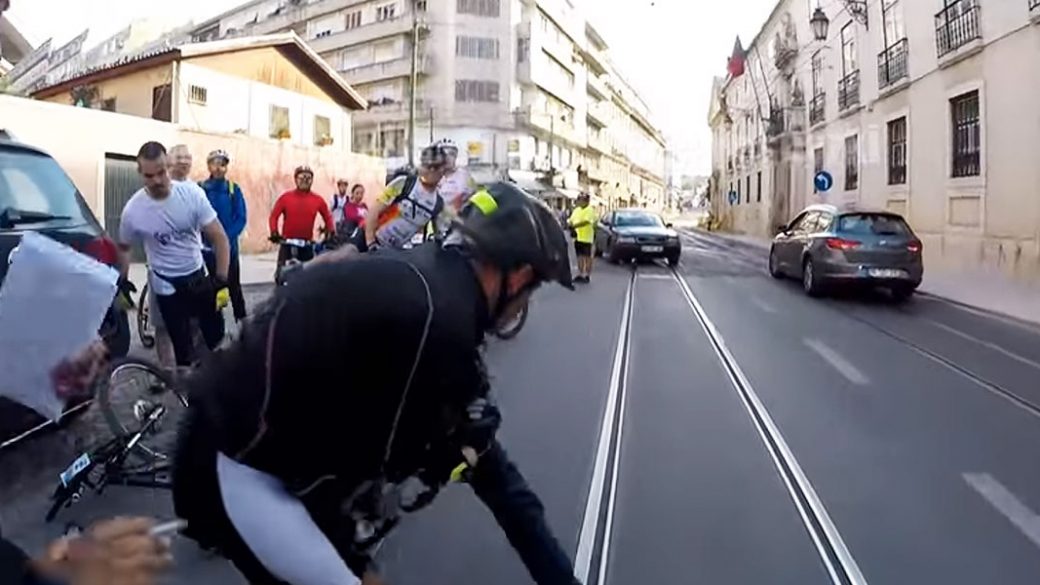 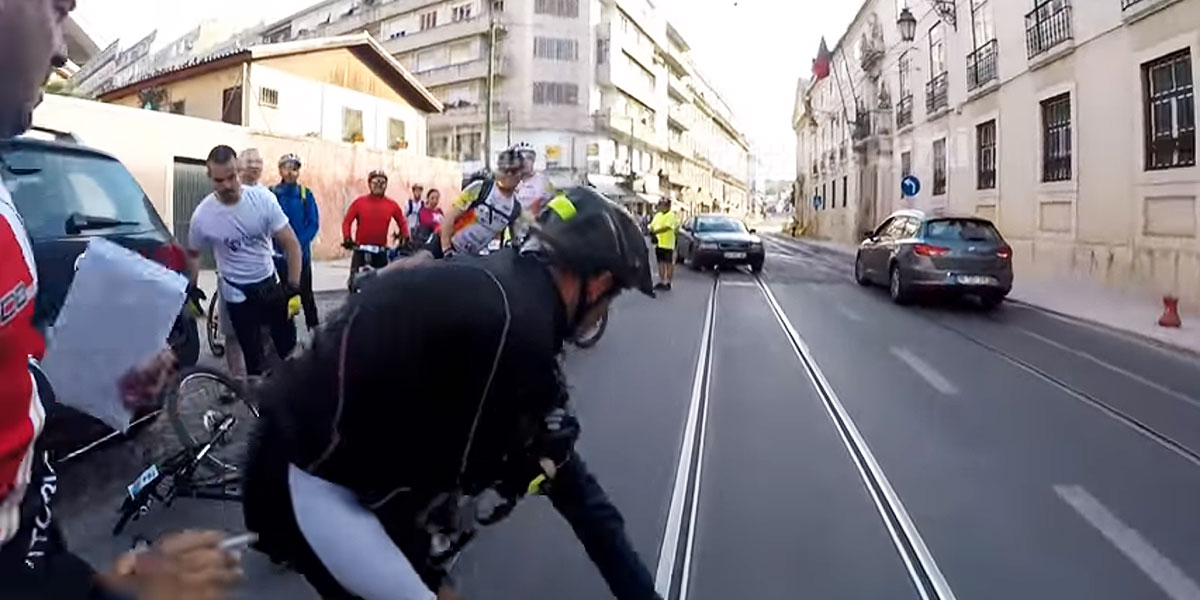 Bicycle theft is a common problem internationally. Most thefts actually occur near the victim’s home in an unguarded location like the garden, or at bike racks where there is no security and locks can easily be broken. Because of this few thieves are caught by the police and victims are rarely able to provide information that might assist an investigation.

So you wouldn’t normally expect to catch a thief trying to steal a bike from your very hands. Only to then chase him down the street yourself. But that’s exactly what happened to one unexpecting victim in Portugal.

On 9 April, a man with the YouTube username Carecovzki was out cycling around Lisbon, Portugal. He encountered something probably most cyclists never thought they would.

I had just left the shop with a test bike on the way to the mountain bike ride organized by the PSP (Instituto Superior de Ciências Policiais e Segurança Interna – ISCPSI) and this “artist” tried to steal my bike for the first time without success.

He got on the bus that was going to the stop next to me and went ahead before I went, making the second robbery attempt (here I was filming as I approached the event and intended to capture the first pictures upon arrival).

As I got the first dodge, this second approach was more intense and without a chance to escape I preferred to go straight to the “artist” at all gas…

As Carecovzki stated, he was on the way to join an organised ride by the ISCPSI, which is actually a Higher Education facility for police officers. So this ballsy thief not only tried to push this victim off his bike but also tried to do so outside a police facility. After chasing the attacker, a group of other cyclists joined in and brought the thief to the ground. He was then taken to the police station.

Carecovzki highlights that the man was already a known criminal. Initially, he decided not to file a complaint to “avoid hassles that probably would not go anywhere”. But he later states that a “complaint was formally presented and civic duty was fulfilled. Hopefully, justice will prevail.”

He also added that the man was thought to be the same one who assaulted a tourist in a Tuk Tuk that same afternoon!

This looked to be a really scary ordeal for any cyclist. Being chased by a thief and having to defend yourself and your gear takes guts and determination. Luckily this rider wasn’t about to let go without a fight, and his cycling buddies were there to ensure this thief didn’t get away.