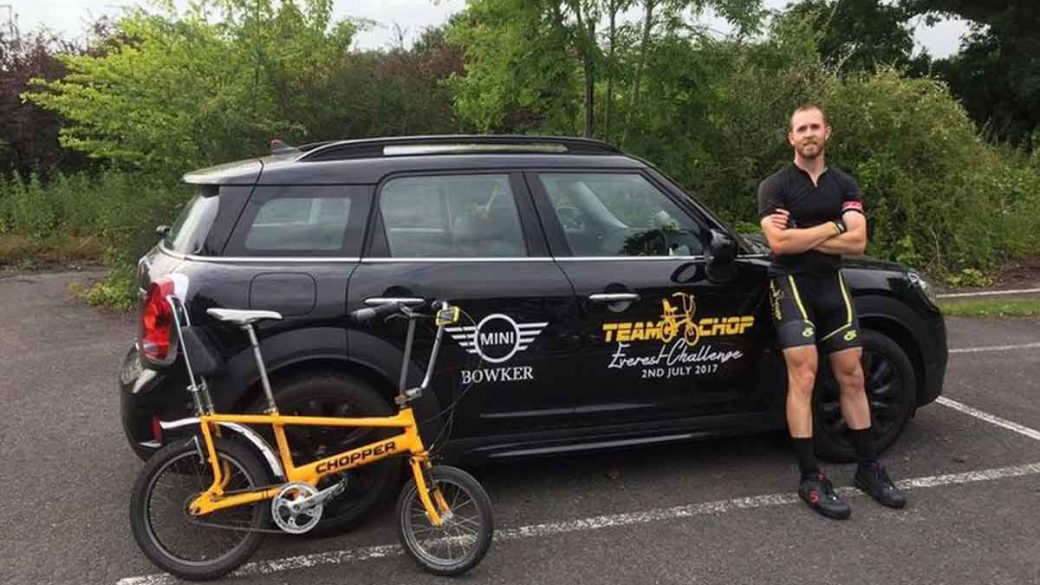 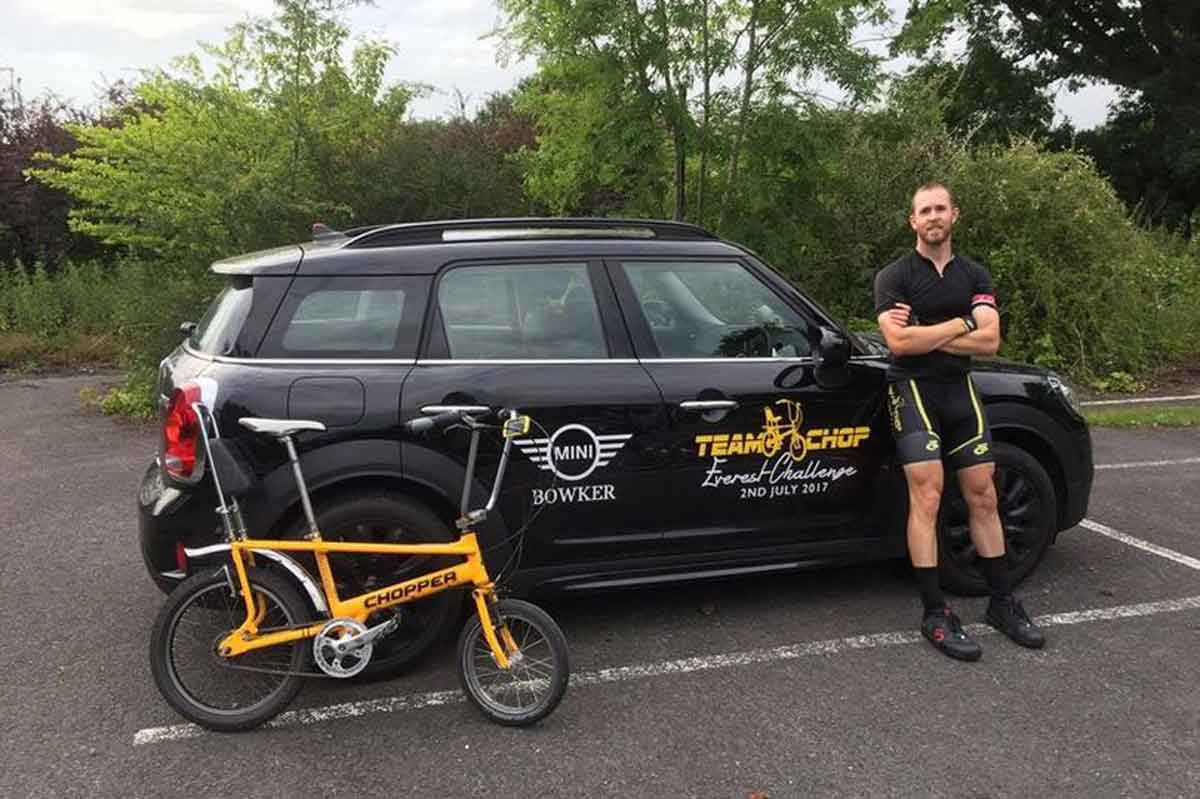 ‪A man has cycled the height of Mount Everest on a “rusty” yellow Raleigh chopper bike for charity.

David Sims, a 38-year-old from Southport, cycled up Hunters Hill 92 times earlier this month, which equates to 184 miles and 29,029 ft of vertical ascent—the height of Mount Everest!

The co-owner of Switchback Cafe undertook the challenge in order to raise money for the Help the Heroes charity, which provides support for injured service personnel.

I’m not very good at altitude, so this is the closest I’ll get to the real thing!

This is a world first. Lots of people have done similar things, but on suitable bicycles. That is what made my attempt so different, no one has ever done this on a mark three chopper.

This is not the first time that David has pedalled an immense distance on his chopper for charity—back in 2015, he completed the Tour de France route on his trusty stead, raising £1,500.

As reported by road.cc, riding the chopper helps David break through the ‘wall’ and keep pedalling during his charity challenges:

It was tough. I won’t lie. But when I’m on the Chopper, I stop thinking about to-do lists and bills. I just ride like a kid with no care in the world.

The Chopper bike always gets a great reaction wherever you go. It makes people smile. People remember it from when they were younger.”

The tougher the challenge the better. And who would’ve thought that riding a rusty yellow bike could help me raise cash for a brilliant charity like Help the Heroes!

David is now making plans to ride his chopper up Mount Ventoux in France in August, to continue his fundraising efforts. He said: “I am a lifelong fundraiser for Help For Heroes and my goal is to raise over £25,000 for the cause by doing similar events.”

Donations are still being accepted, so if you would like to find out more, or make a donation, click here.