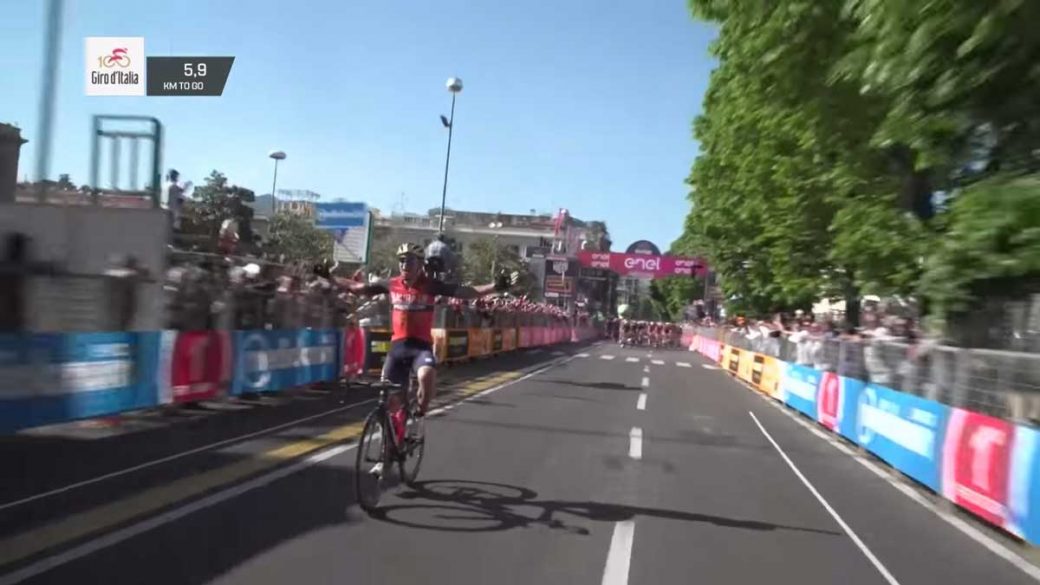 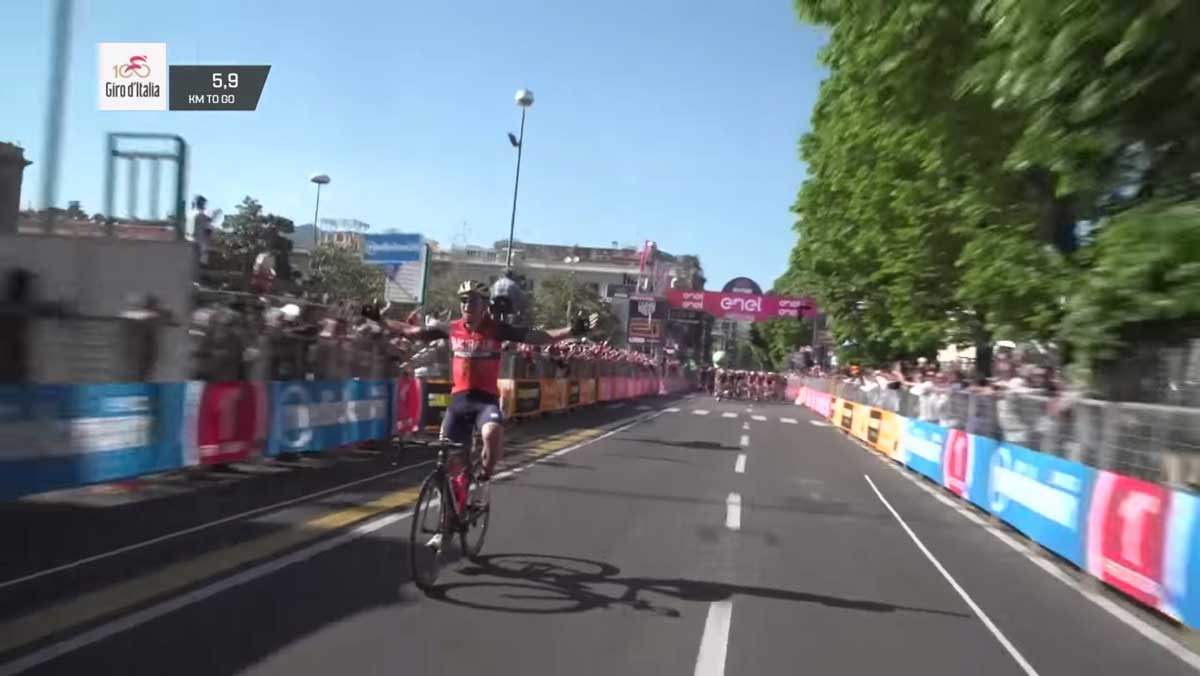 In the closing phase, the 23-year-old Slovenian cyclist pulled well clear of the pack, turning round to check the enormity of his lead.

An early breakaway from Silvan Dillier saw the BMC Racing win the sixth stage on Thursday, while Bob Jungels moved into the overall lead.

Dillier began his sprint with 150 meters to go on the climb to the finish and had the power to hold off Jasper Stuyven, who banged his bars in anger and frustration as he crossed the line half a wheel behind the Swiss cyclist.

Lukas Postlberger, who won the opening stage, was third, 12 seconds behind the front two at the end of the 217-kilometer (135-mile) route from Reggio Calabria to Terme Luigiane as the race moved to mainland Italy.

If you haven’t seen it yet, check out Google’s Doodle celebrating the 100th edition of the Giro d’Italia, that concludes on 28th May in Milan.