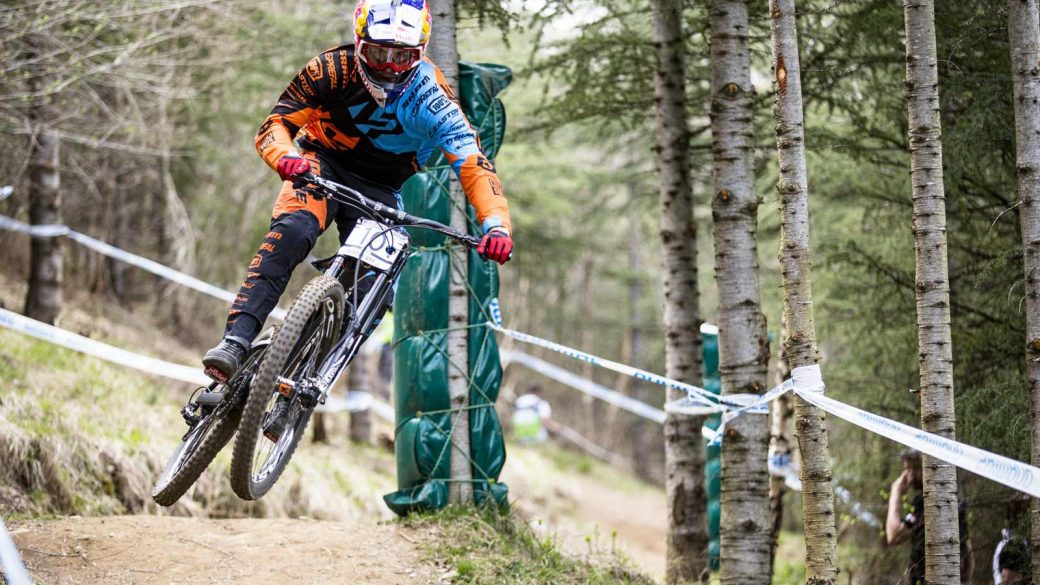 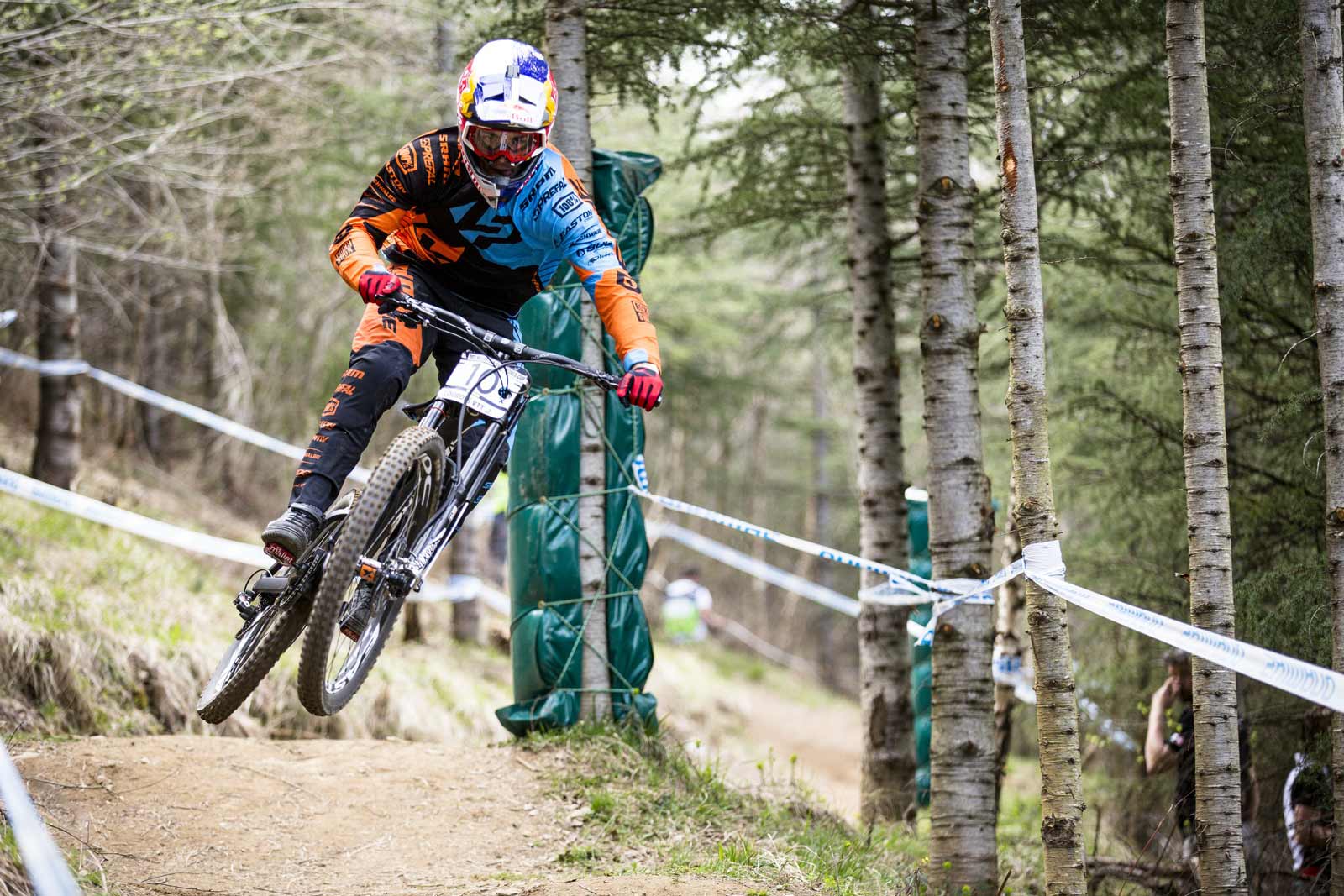 Round 1 of the UCI Mountain Bike World Cup saw the return of two former World Cup winners to the top of the podium in Lourdes, France. Aaron Gwin (USA) showed his form to his competitors beating crowd favourite Loic Bruni (FRA) while Emmeline Ragot (FRA) gave French fans a home win in the women’s race ahead of long time rival Rachel Atherton (GBR).

After being disqualified from qualifying on Saturday, Aaron Gwin was for many, a potential danger man. Starting in 21st, he broke the beam under the three-minute mark. Whoever wanted to beat him to the win, was going to have to take it from him.

Old rivals Gee Atherton and Greg Minnaar each found themselves taping themselves to their bars, with a broken wrist and injured thumb respectively.

With 50 points awarded for qualifying first and 160 points for second in the Final, Bruni takes a slim 10 point lead over Gwin in the standings, after Gwin did not score any points in qualifying. Jones is a distant third with 157 points.

In the women’s race however the big question was how could the field react to and deal with Tracey Hannah’s incredible six second drubbing of them on Saturday. The World Champion Manon Carpenter had no answers, nor had Rachel Atherton; the pairing who many predicted would again slug it out for the overall.

On home soil, on a new bike, Emmeline Ragot delivered the answers. The French woman won, the crowd went wild and the chainsaws roared. Hannah, crashing in her run, can take heart from a qualifying performance up there with her very best.