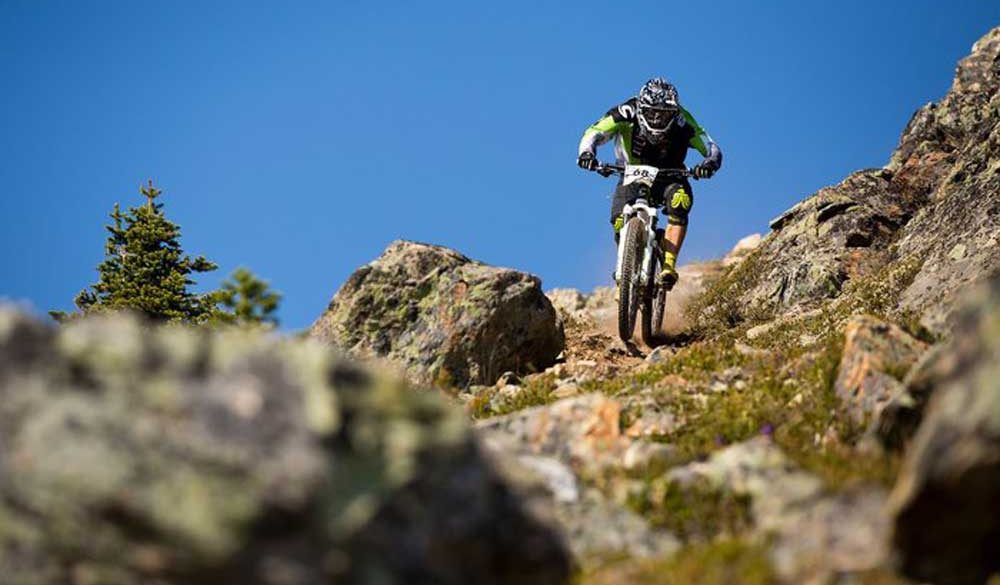 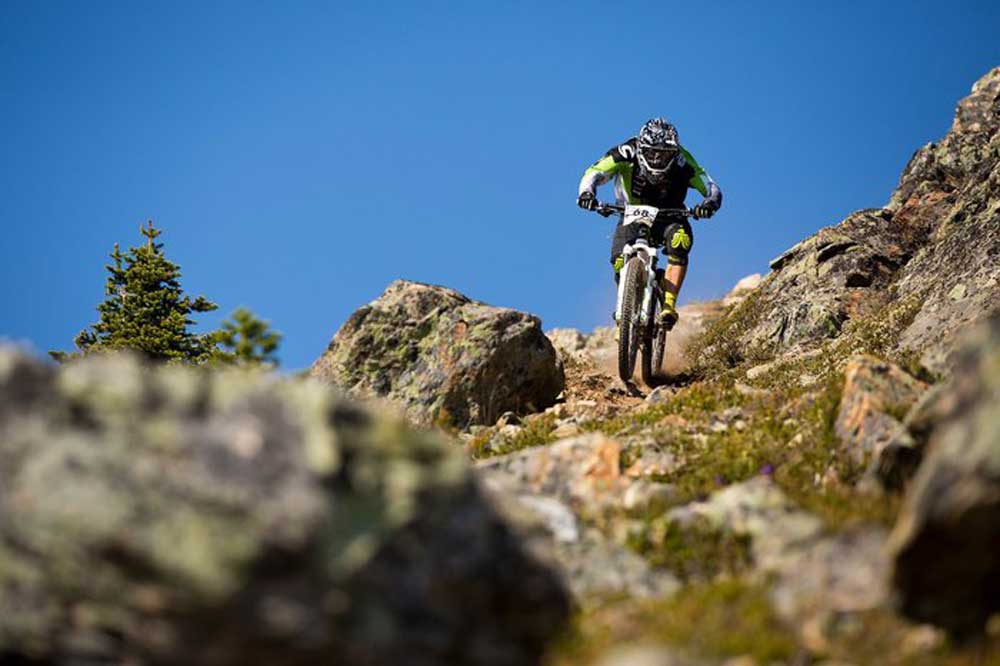 Enduro racing is essentially turning what most trail and all-mountain bikers do for fun into a race – that’s why its such a big deal in the mountain bike world. The races are split into stages. A long course, winding across country over varying terrain, is divided up into two types of stages, ‘Special’ and ‘Liason’ or ‘Transition’ stages. Special stages are timed, technical and usually downhill. Each Enduro race must have at least four of these. Special stages are linked together with Liaison or Transition Stages. These aren’t timed and mimic the actions of a recreational mountain bike rider, riding between trails or ascending to the top of one. These stages may be assisted, eg with up-lifts, though usually the rider must complete them under their own steam. The winner is the rider who has the fastest cumulative time over the special stages.

The Enduro World Series (EWS) was created in October 2012 with the aim of uniting the world’s mountain bike enduro racing community. The team behind the Enduro World Series had one goal – to globally develop and progress the discipline of enduro for the riders, the sport and the industry. Within the mountain bike scene, the importance of the series as a world level event taking place outside of the previously all-encompassing control of the UCI was clear. So how successful was the first season? With the 2014 EWS dates already marked in the calender, I’d say pretty well!

The Enduro World Series is made up of a number of contributor series. With the shared experience of the Italian Super Enduro, French Enduro Series, Crankworx and World Cup racing, the series is certainly international – that’s box 1 checked. With that, though, comes a range of varying rules to regulate from race to race, a difficult task.

It all kicked off in May 2013 with round 1, the Superenduro PRO2 at Punta Ala, Italy. A scan of the entry list to the race suggested that the EWS was off to a more than healthy start and with each round the size of the team trucks in the pits steadily increased. From the start there were some issues with rules and regulations though. Fabien Barel was at the centre of a debate in Punta Ala, he’d arrived weeks before and practiced the tracks. It’s a tricky one to call, on one hand any one is free to mountain bike public routes but according to section 5.2 of the EWS rules ‘On-bike training must be provided by the organiser on all Special Stages before timed competition begins. Details of training times are to be published ahead of each Enduro World Series event on each organiser’s website.’ In the end, the mixture of differing regulations and late course taping prevented the issue from being too much of a talking point from there on in.

The series organisers still managed to prove that the varying rules could be policed uniformly and fairly – Barel suffered a five-minute penalty at Crankworx Whistler for an assisted uplift during practice. “It proved that not only would the ethical principles behind the discipline be upheld but also that no rider was too high-profile to feel the wrath of a fat marker pen.”

As far as the bike industry as a whole was concerned, enduro style racing really makes sense. As mentioned above, Enduro racing is essentially turning what most trail and all-mountain bikers do for fun into a race. Trail and all-moutain bikes combine medium to medium-long suspension travel with geometries that are aggressive downhill but still efficient up-hill. As such they are as close to a one-bike-quiver as you’ll ever get and are thus becoming increasingly popular. Having an international series based upon these bikes helps inspire prospective recreational riders and drive sales within this relatively new mountain bike category.

What I love most about Enduro racing, and why I hope to enter the 2015 UK Gravity Enduro Series is how the race format combines the physical endurance of XC with the technical difficulty and thrill of DH! Where else would you see top downhillers battleing it out with XC-riders. The final round of the EWS, the Superenduro PRO2 at Finale Ligure, Italy in October, saw 2013 World XC Champion Nino Schurter actually shared a starting gate with UK Red Bull Rampage rider Brendan Fairclough! I think that about sums up how successful the first season of the EWS was – very!