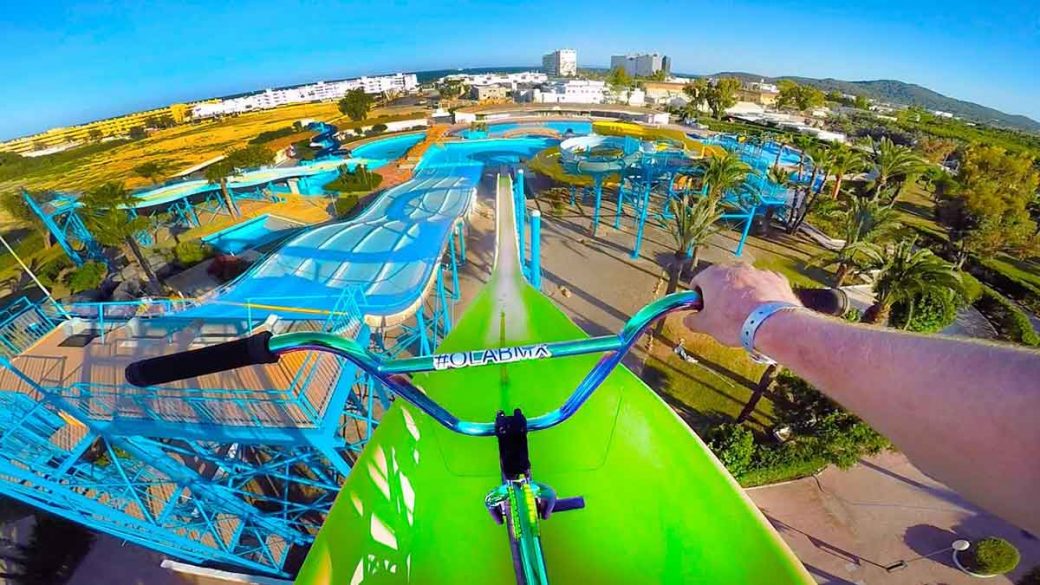 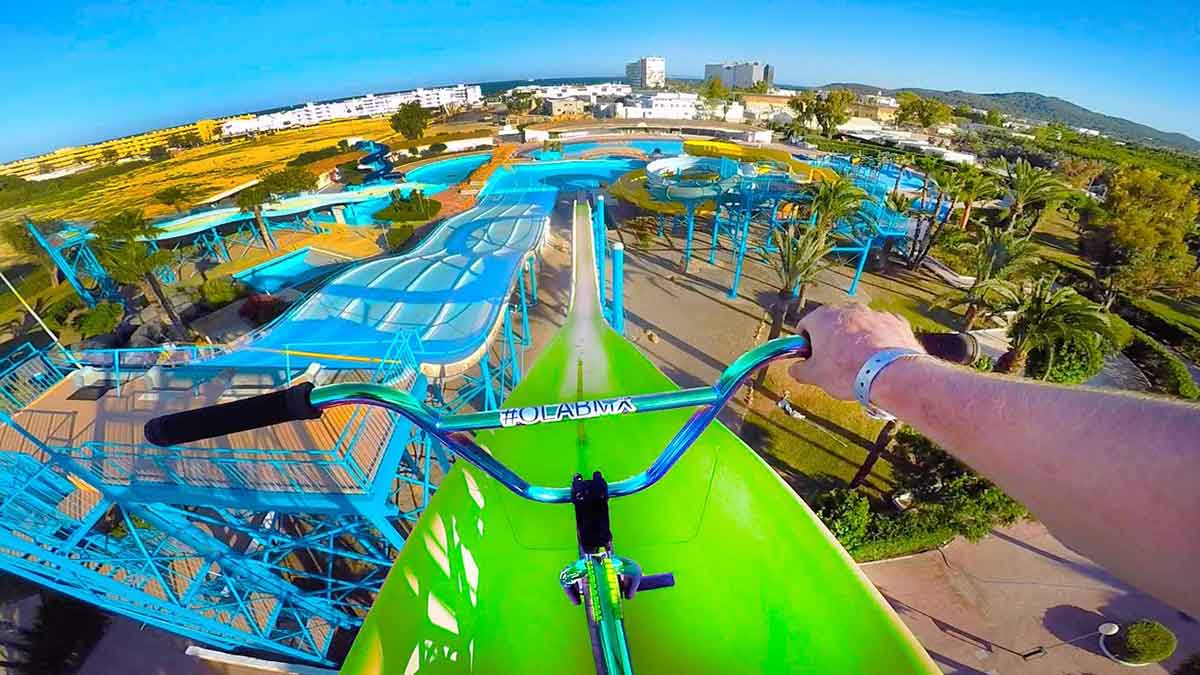 Imagine riding around an abandoned water park on a BMX. Completely empty, just you and the bike going up and down the undulating slides, around the twisting bends and down the shoots at full throttle. Sounds pretty awesome, doesn’t it? That’s exactly what pro BMX rider Ola Selsjord got to do on a recent trip to Ibiza.

Selsjord has already made a big impact on the BMX scene with his powerful and technical riding. When he’s not travelling to competitions or working with various partners, he’s out filming his travels for his YouTube channel. On a recent trip to Ibiza, he found an abandoned water park and thought he’d test it out.

Talking about the experience, he wrote:

I rode BMX on the craziest water park in Ibiza!! I was on my way to ride some street spots in Ibiza City when I noticed a large water slide at the side of the highway. I needed to go explore it! Climbed the fences, and shredded the whole place!

Selsjord filmed the whole experience for his YouTube channel. He initially climbed to the top of a really tall thin slide. But after noticing the slide started to wobble, he thought twice about attempting it and climbed down to find one more stable. Skip to 9.40 to where the action begins:

While touring the world, Selsjord seems to have made riding abandoned water park a bit of a thing. His other videos show him exploring one he’d found in Dubai and in Barcelona. While it looks insanely fun, Selsjord did have to jump over a fence to climb into private property and in the process throw his bike over as well.

Ooh, I can feel the dent already.