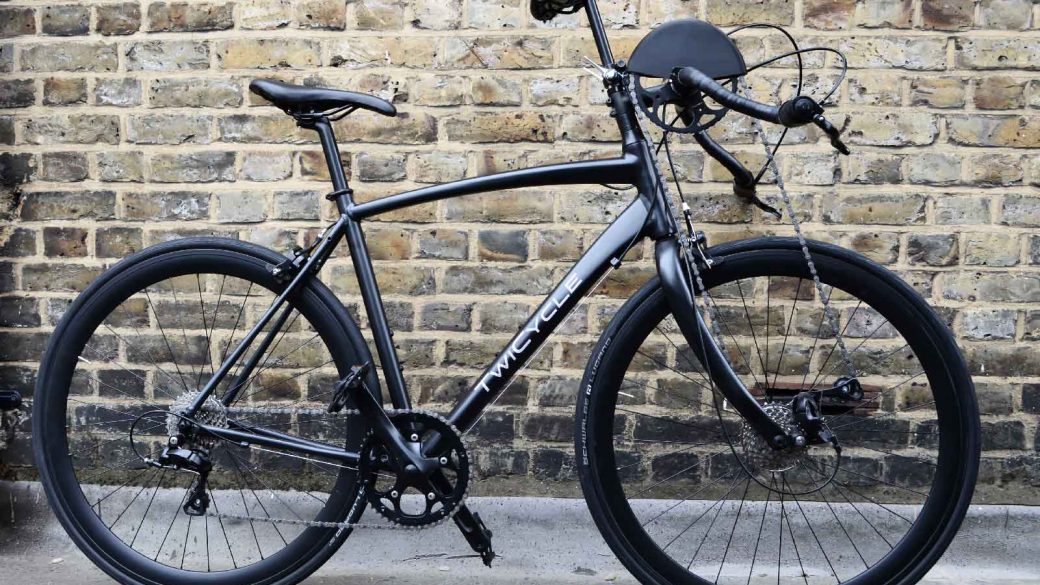 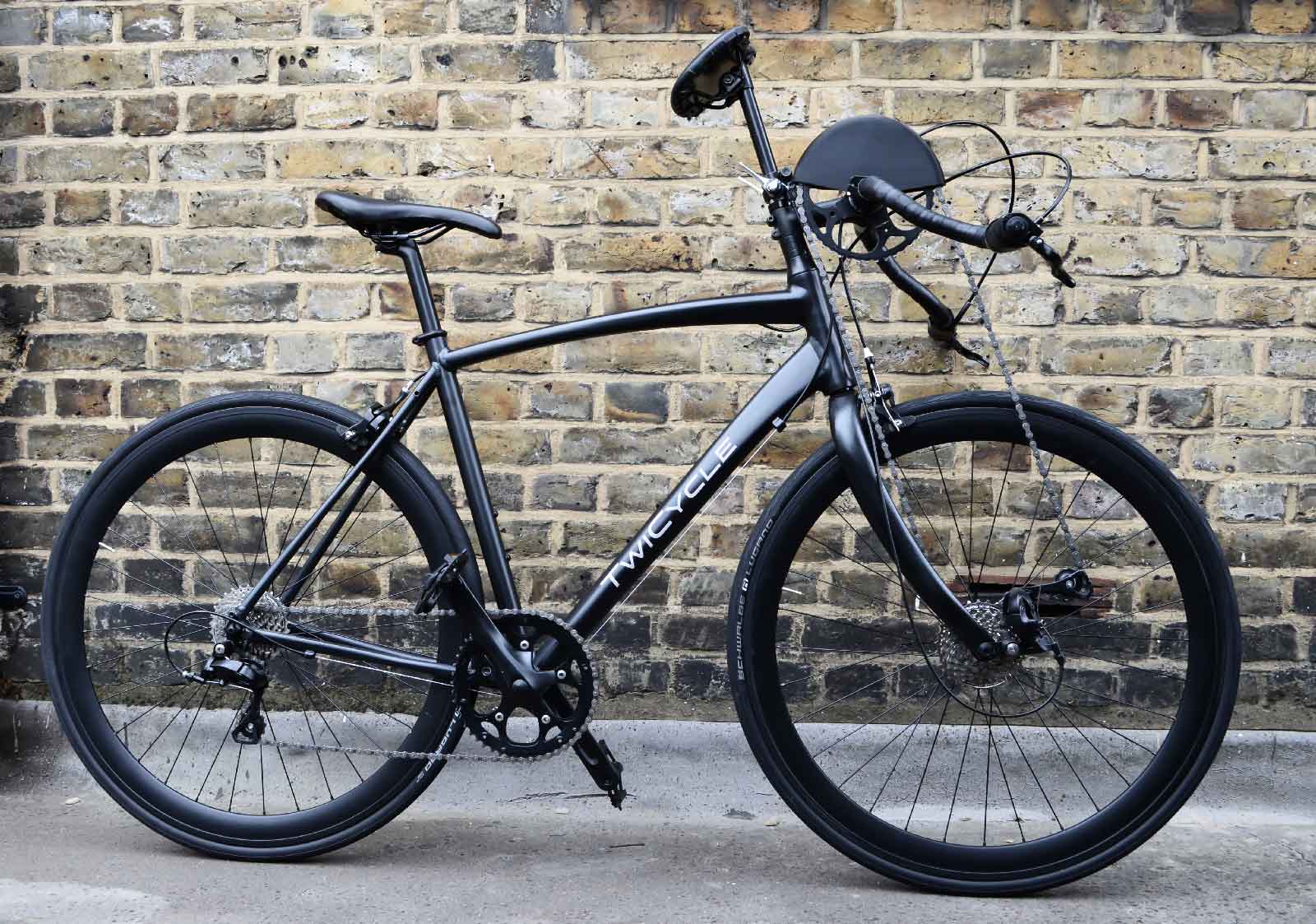 The Twicycle is an innovative new bike concept that gives both your arms and legs a workout. A traditional rear drivetrain connects foot pedals to the back wheel, while a second drivetrain connects the front wheel to a hand crank, to allow for hand pedalling. This exercises your arms and shoulders as well as your legs. Right now, the Twicycle is in the prototype phase, but its inventor, Boyan Rista, plans to launch a crowdfunding campaign this summer and price it similarly to other road bikes already on the market.

We spoke with Boyan about this rad new bike design to find out more. Watch our video showing the TwiCycle in action and read our full interview below:

1. Tell us about the TwiCycle. How does it work? What is it’s purpose?

The purpose of it is to allow arm workout and building up arm and upper body strength whilst being able to enjoy the outdoors as with a normal bicycle. The rider can use the arms to crank the front wheel and legs to drive the back wheel. Both systems are independent of each other so one can adjust the resistance as they please with 8 gears on each drive.

2. What inspired its creation?

I was in the mountains in the middle of nowhere in Eastern Europe for 3 months last summer. I Did a lot of cycling but couldn’t always find places to go swimming, or similar, to work my arms. I had this idea a few years ago though, but at that time, I didn’t know if it would be possible.

3. How long did it take to develop and what challenges did you face?

So I went about building a rough proof-of-concept prototype whilst in Eastern Europe, just to see if it was even possible to keep balance with a handlebar that turns as well. Once I built the first working prototype and actually tried it, I realised I had something very special on my hands and immediately called my brother Goran to tell him about it.

I felt that this was something we had to share with other people; if we could get enough like-minded bike riders interested, then the TwiCycle should available in the bike industry. Hence, why we wanted to develop it as a crowd funded project. The main challenges are meeting the strict deadlines that I have imposed on us, as well as the design challenges.  Although it looks simple, a lot of thought and research has to go into producing a product like this to make sure it works as it’s supposed to.

4. Is the TwiCycle easy to ride? How about turning while using the hand pedals?

Yes, it is remarkably easy. Everyone that we gave it to was able to ride on the first go. You obviously look awkward at first until you get used to the feel but this usually happens after about half an hour. Turning is completely intuitive and there are no known issues with that either.

5. The hand pedals lock into position for normal riding. How does this riding position compare to that of a traditional bike?

Once the handlebars are locked, TwiCycle is basically just like another road bike. The seating position is the same as riding ‘on top’ on a race bike (holding the top part of handlebars). You can hold the crankshaft or the cranks and use them as handlebars. You can also lock the crank system in an upright position for the ‘going to the shops’ mode.

6. How is the project being funded? Where is the TwiCycle being manufactured?
Funded by people, for them. We are looking at the project as a group buy at the first stages. To get people using it. I guess another challenge is that this is a relatively new concept and therefore you have to work 100 times as hard to popularise it. People have their reservations—they think it’s dangerous (which sport isn’t, to some degree, though?). People also think it’s impossible to ride—all these myths need to be busted. Manufacturing will be most probably done in Japan or Taiwan.

So far there has been a lot of mixed reaction. Probably more negative than positive. But we don’t expect everyone to love it. Those people that GET the concept will be the ones to use it first and will see the benefits.

8. Where can you buy a TwiCycle?
8. At the moment, it will be pre-orders only via a crowd funding campaign. People must go to our website (twicycle.com) and enter their email in the white ’email me when ready’ box to get invited to participate when it launches.

9. What’s next for you and the project?

Finalising the design before it goes to the manufacturers and filming a new video with updated bike and demonstrating its use in more detail and explaining a lot of things that people misunderstand about it.