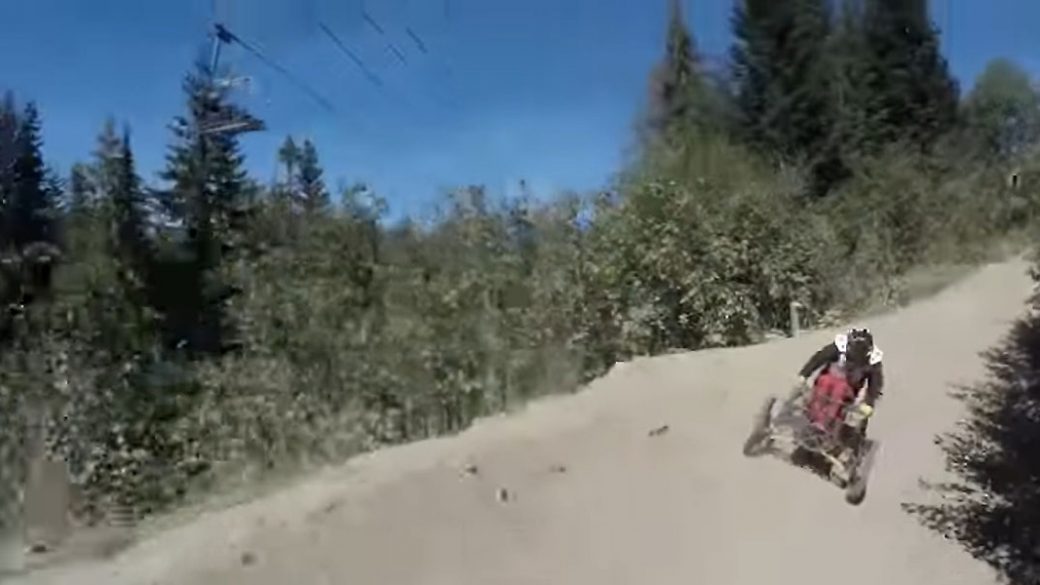 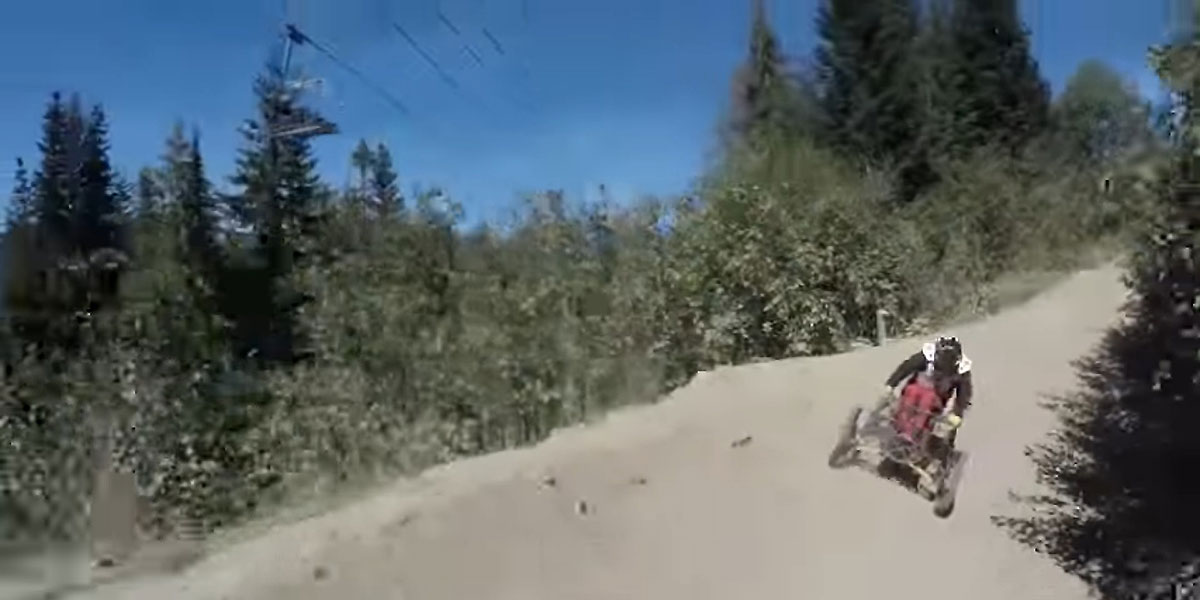 Meet Stacy Kohut, the world’s fastest mountain biker on four wheels. He’s a world champion, a pioneer and an inspiration.

Growing up in a drag racing family, Kohut has always been interested in sports. Starting in the 1980’s with BMX racing and Off Road MX racing, he then moved into non-competitive skateboarding. After a fall in 1992, which left him paralysed, he went onto become the first Canadian to win a Gold Medal and World Championship title racing in a sit-ski.

Kohut, along with his team mate Johnny Therien, now spends his time competing on the North American and Canadian downhill MTB circuits—being the world’s fastest mountain biker on four wheels.

In an interview with Red Bull about his bike, which he designed, Kahut said:

It’s a 6.5-inch suspension travel gravity buggy. I got my first four-wheeler in August of 1999. It’s made of chromoly, so it’s really supple in the way it rides compared to aluminium. The design does have some inherent flex — I can pump the bike and I can accelerate the bike. And it feels how people think it feels to ride — it’s not a motorless ATV, it really feels like a bike.

For me, a bike has to be a certain weight, flex and feel because you have to be able to feel certain parts of a bike, more than a motorcycle. My four-wheeler is definitely in the category of a four-wheeled bike.

When asked what advice he had for aspiring athletes, in an interview with newdisability.com, he responded:

I advise every athlete, disabled and able bodies the same thing: Be yourself. Don’t let the job of being a ski racer or athlete become a cliché or a stereotype.

Have fun, learn to laugh when you can, because if you want to be the very best in the world and stand atop the podium at the Winter Paralympic or Olympic Games, you need to be extremely intense in many aspects of your life. Be yourself and learn when to let yourself relax.

With his attitude and skills, Kohut is pushing the sports to its limits and inspiring every adventurer to get out there and enjoy every moment.