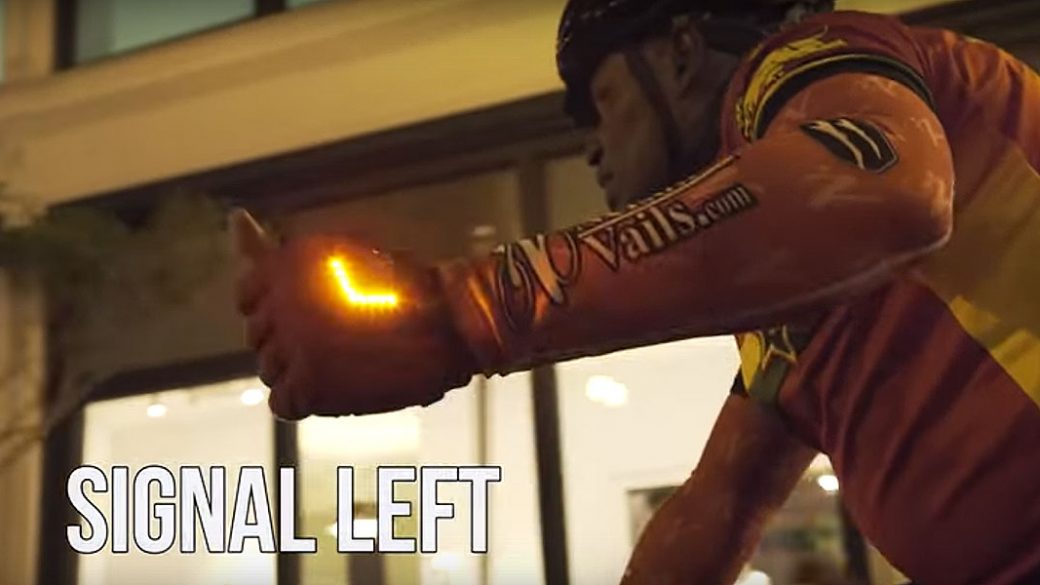 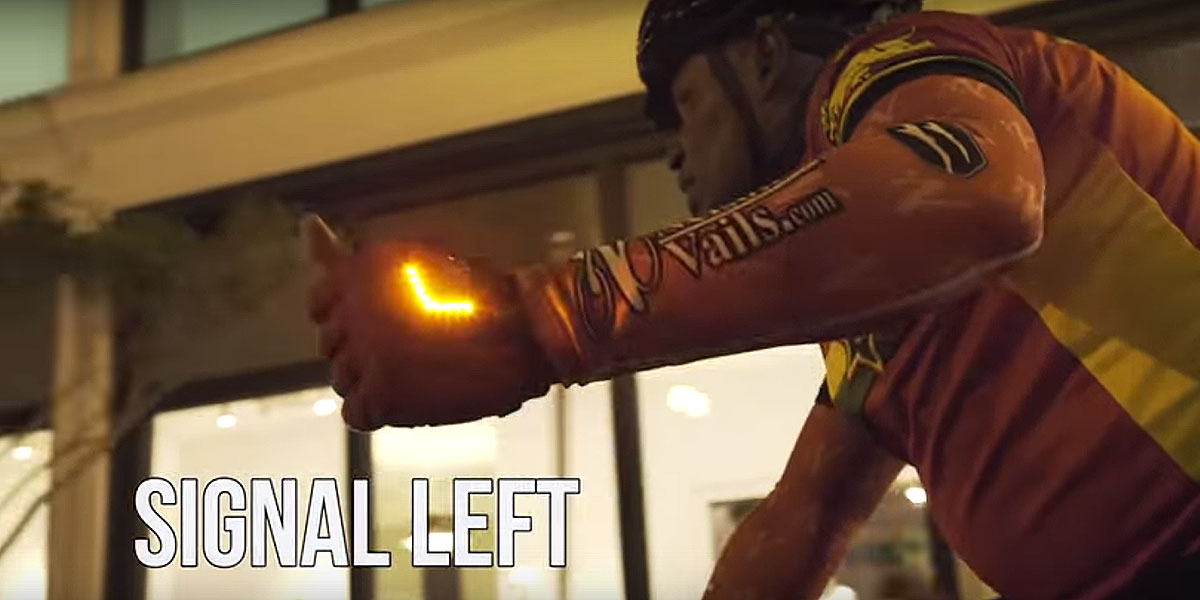 In 2013, Zackees launched a kickstarter campaign for their first pair of bike ‘turn signal’ gloves. These gloves were designed with bright amber LED arrows to make cycling on the roads easier and safer. Now, the brand have launched their latest addition to the range — the winter glove.

The gloves are simple to use and operate. Thanks to a series of metal plates embedded in the index finger and thumb parts of the glove, the user simply presses the plates together to activate the blinking lights. The cyclist can then extend their arm out in the direction of the turn and release their fingers to turn off the lights.

Zackees founder and Google engineer Zach Vorhies, came up with the idea after witnessing a horrific hit and run incident. He said:

I know how dangerous it is and riding in traffic is often terrifying. I made these gloves to alleviate my own personal fear of not being seen while riding. Now I’m hooked on my own product so I’ve dedicated my life to bringing this revolution in cycling to the hands of cyclists everywhere.

See the gloves in action:

The new winter edition features water resistant spandex and a fleece liner and comes with capacitive glove tips for mobile phone screens. They are also fitted with ambient light sensors that increases brightness 4x during the day and extend battery life 4x during the night.

Discover how the gloves are made:

On top of this, the gloves are easy to clean (being machine washable) and are re-chargeable. According to the brand, the battery should last “three weeks of moderate daily use”, but can easily be re-charged with the included charger pack. The gloves are available in four different sizes: small, medium, large and extra large and are priced at $75/ £59.

Zackees first ‘turn signal’ gloves offered something revolutionary to the market. Now, their latest offering solidifies their place and allows them to cater to a wider audience. Let’s hope these easy to use gloves help keep cyclists safe.