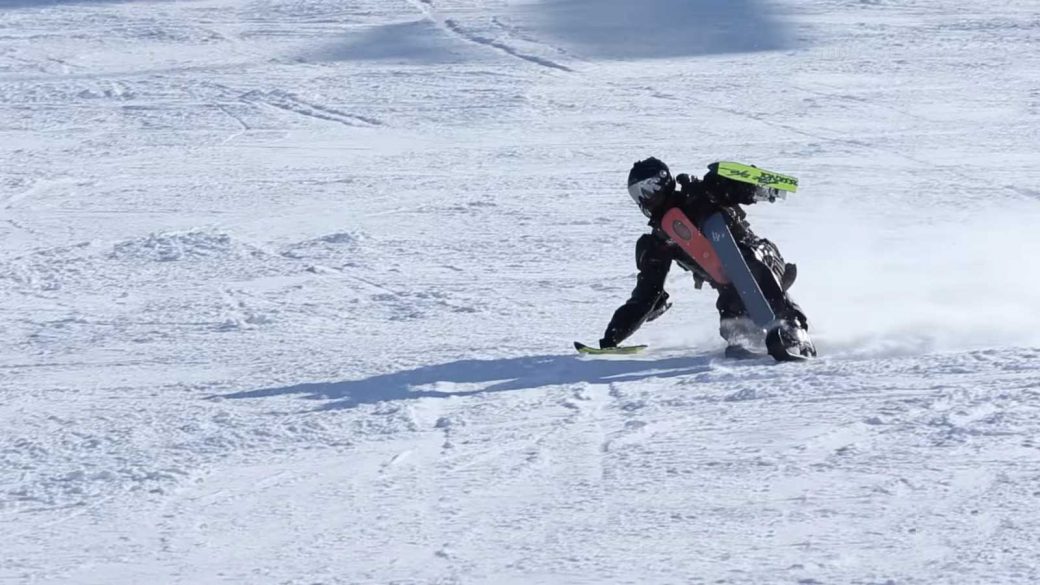 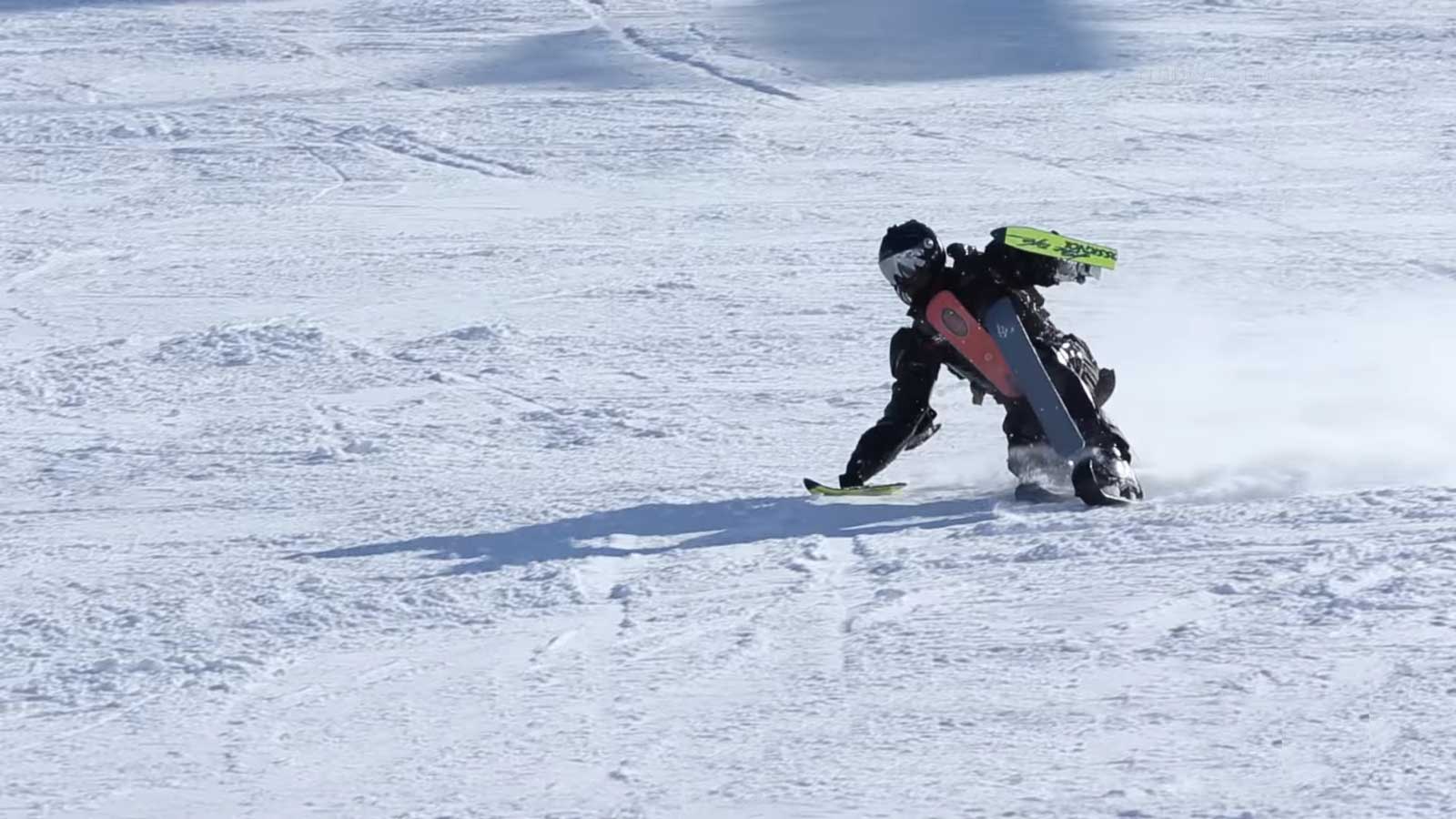 As 2016 comes to a close, we’re looking back at some of the most jaw dropping sporting moments of the year. These aren’t necessarily ones to hit the headlines, but moments which showcase human skill, ingenuity and dedication. Let’s start the countdown:

In February, we covered the creation of the ski suit—an ingenious ‘Rollerman’ winter suit with skis. Its creator? Body blading inventor Jean-Yves Blondeau.

In the video below, Blondeau teams up with action sports YouTube filmmaker Danny Strasser, to capture the action.

Strasser is famous for his high-speed videos from longboarding and inline skating down a bobsled track and rock skiing (skiing down a rocky ski slope in summer).

His RollerMan video (watch below), where he recorded Blondeau take his ski suit for a spin in Lech-Zuers (Austria), was a big hit.

In March we reported on Ken Block’s ultimate shredding session in the streets of Dubai.

After ripping up LA concrete in a custom 1965 Mustang eight months previous, the Californian professional rally driver was back with Gymkhana 8.

Block took his penchant for killing tires to create his most cinematic film to-date. Piloting his world-famous Ford Fiesta RX43, Block decimated its Toyo tires through the high-scale city infrastructure and into the exotic desert of Dubai. When 200+mph super cars driving on two wheels and 1000+hp is hardly out of the norm, you can say Block had to pull out all the stops.

In December we reported on the insane antics of Stacy Kohut, the world’s fastest mountain biker on four wheels. He’s a world champion, a pioneer and an inspiration.

Growing up in a drag racing family, Kohut has always been interested in sports. Starting in the 1980’s with BMX racing and Off Road MX racing, he then moved into non-competitive skateboarding. After a fall in 1992, which left him paralysed, he went onto become the first Canadian to win a Gold Medal and World Championship title racing in a sit-ski.

Kohut, along with his team mate Johnny Therien, now spends his time competing on the North American and Canadian downhill MTB circuits—being the world’s fastest mountain biker on four wheels.

Coming in a number one is paraglider pilot Horacio Llorens. In January, Llorens surfed the ethereal green waves of the Aurora Borealis in one of the most breathtaking displays of flight we’ve ever seen.

The awe-inspiring shots were captured by the Red Bull media team and show Llorens battling sub-zero degree temperatures on the ground near Trømso, Norway before heading up into the dancing night sky. The opening scene, with Llorens looking out of the sash windows at the Aurora, is like something out of a fairy tale.

I’ve been flying all around the world, in all kinds of elements, but flying here is different; it’s dark, it’s cold and the sky is on fire.

After powering up his paramotor, he flatland-launched himself into an amazing night flight with the ethereal green waves of the Aurora Borealis. A deserved number one.