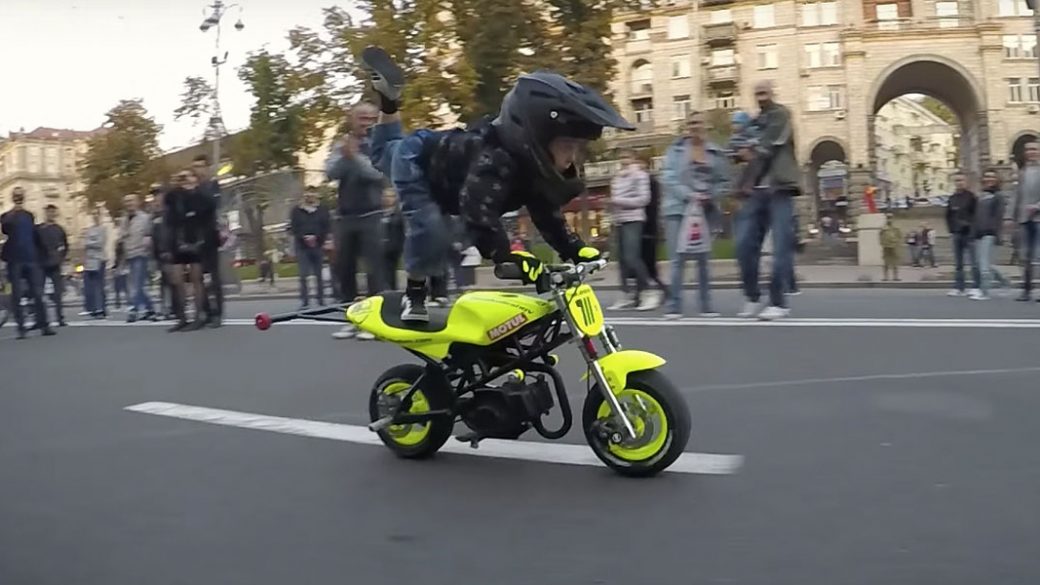 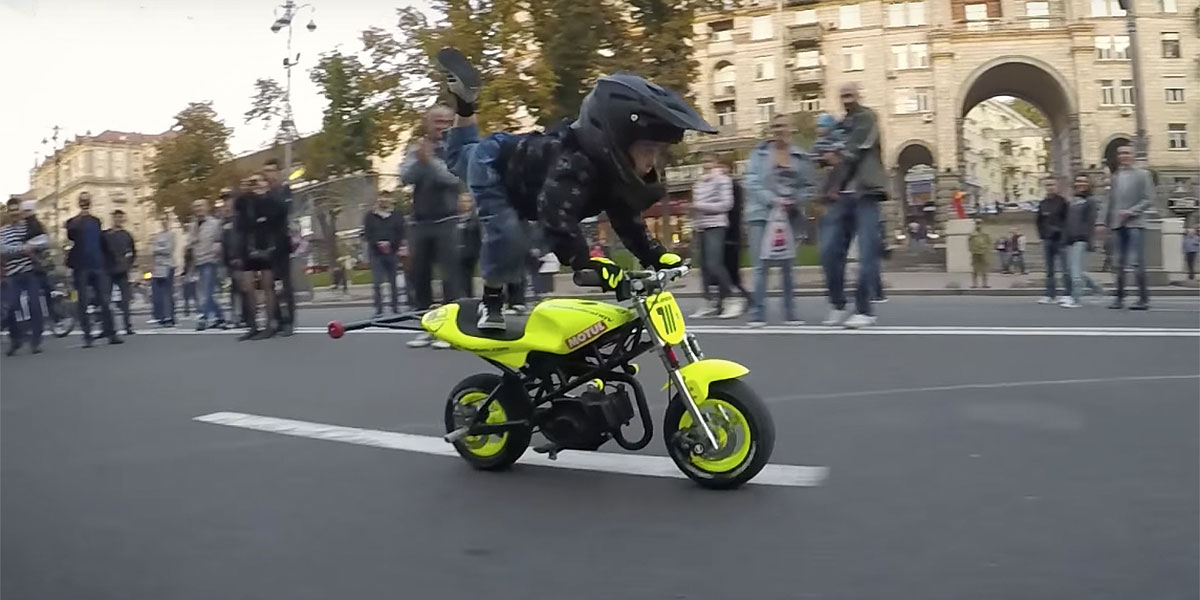 A four-year-old daredevil is tearing up the competition in Ukraine with his motorcycle skills. While most kids his age are just learning to read and write, Ukrainian Tima Kuleshov has already mastered handling a motorbike at speeds up to 45mph.

Watch him in action:

Kuleshov started riding a bicycle before he was two and graduated to a mini motorbike at just two and a half. He now regularly competes in children’s moto competitions across Ukraine and Russia.

Tima went on a bicycle for the first time at one year 11 months, only at this age was he able to get to the pedals. At one year we gave him a Strider balance bike. He loves speed and attention, just like every child, but he does not brag to anyone. Tima does not even say that he is a motorcyclist.

Speaking about the danger, Alexander added:

Yes, we are worried that he is riding a motorcycle, but in this life a bad thing can happen regardless of who you are or what you are doing!

This little Evel Knievel sure has some skills beyond his years and his need for speed doesn’t end there, with his other hobbies including skiing and trampolining. With this rate, we’ll be seeing this mini racer at the Isle of Man TT in no time.