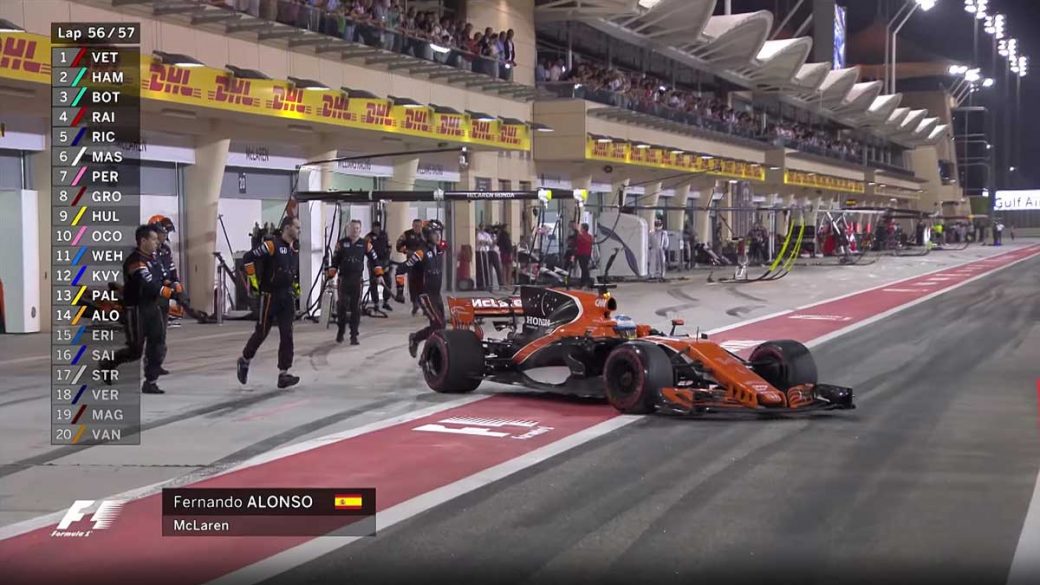 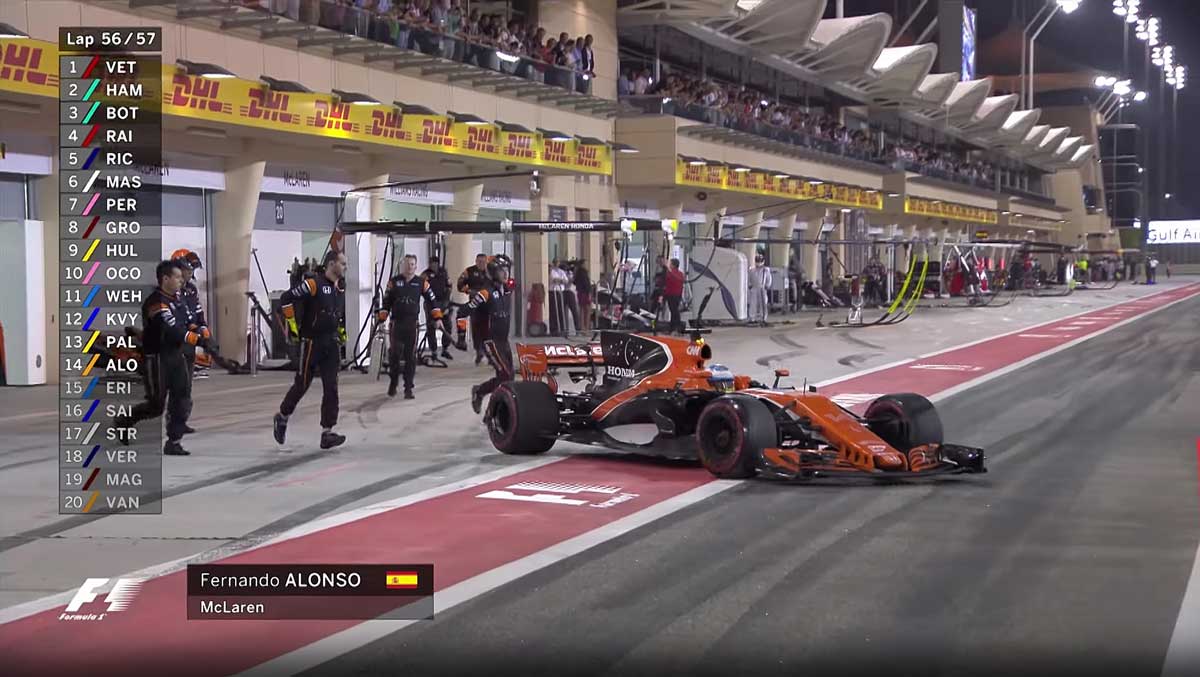 The Bahrain Grand Prix, over the weekend, saw Sebastian Vettel claim his second win of the 2017 Formula 1 season, assisted by a five-second time penalty for Mercedes driver Lewis Hamilton.

However, it was the comical radio chatter between Mclaren’s Fernando Alonso and his race engineer that had me in stitches during the race. This has to go down as one of my favourite quotes from F1 in recent years:

I’ve never raced with less power in my life.

The two-time world champion aired his frustrations as he was overtaken in Bahrain while battling for midfield positions.

He eventually retired with a handful of laps remaining but took to the radio to broadcast his thoughts over his underpowered Honda engine.

Alonso: “How they can overtake me? 300 metres behind me, and they overtake me on the straight, I’ve never raced with less power in my life.

Engineer: “Fernando, we are considering Plan B, how are the tyres?”

Alonso: “Do whatever you want, man.”

Alonso to race in the Indy 500

Mclaren and Honda are struggling to keep their experienced driver happy, especially since he left the (now) championship-competing Ferrari team to be there.

They’ve come up with a plan to offer Alonso more that ‘just’ an F1 drive. Alonso is skipping the Monaco Grand Prix so he can compete in IndyCar’s biggest event, with his place at McLaren being taken by Jenson Button, who was recently disqualified from an Ironman Triathlon for speeding on a bicycle.

It is a difficult one for Fernando as he is having a tough time. Zak has this problem. He has a depressed driver on his hands and he is trying to keep him motivated.

He has come up with this idea to send him to Indianapolis, but he must be barking mad.

It is the nuttiest race I have ever seen. [There is] no testing. He is just going to jump in the car. Turn 1 is a proper Turn as well, it is not easy flat all the way around.

It doesn’t seem the right thing to be doing. Perhaps if the races didn’t clash, or do it at the end of his F1 career.

But obviously, McLaren have got this approach which is perhaps different to ours, but good for them.

Earlier this season, McLaren made an exploratory approach to Mercedes about an engine supply. According to the BBC, McLaren is “evaluating options” in the event its relationship with Honda cannot be made to work. Team boss Eric Boullier also conceded the team would be in a much better position with its old engine partner.

If the engine supplier switch does go through, later this season, it will be great to see what Fernando can do with more horses behind him.