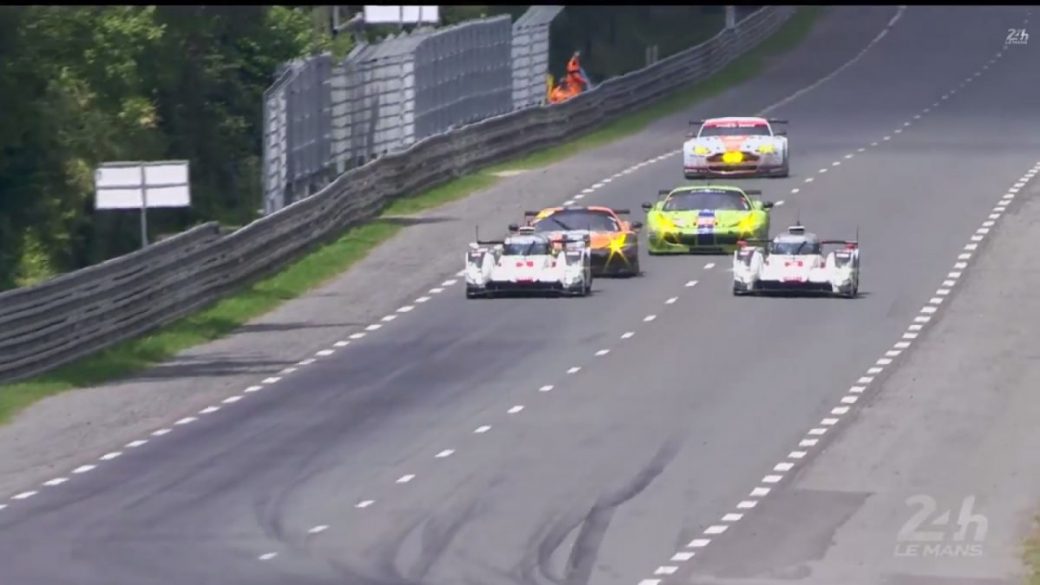 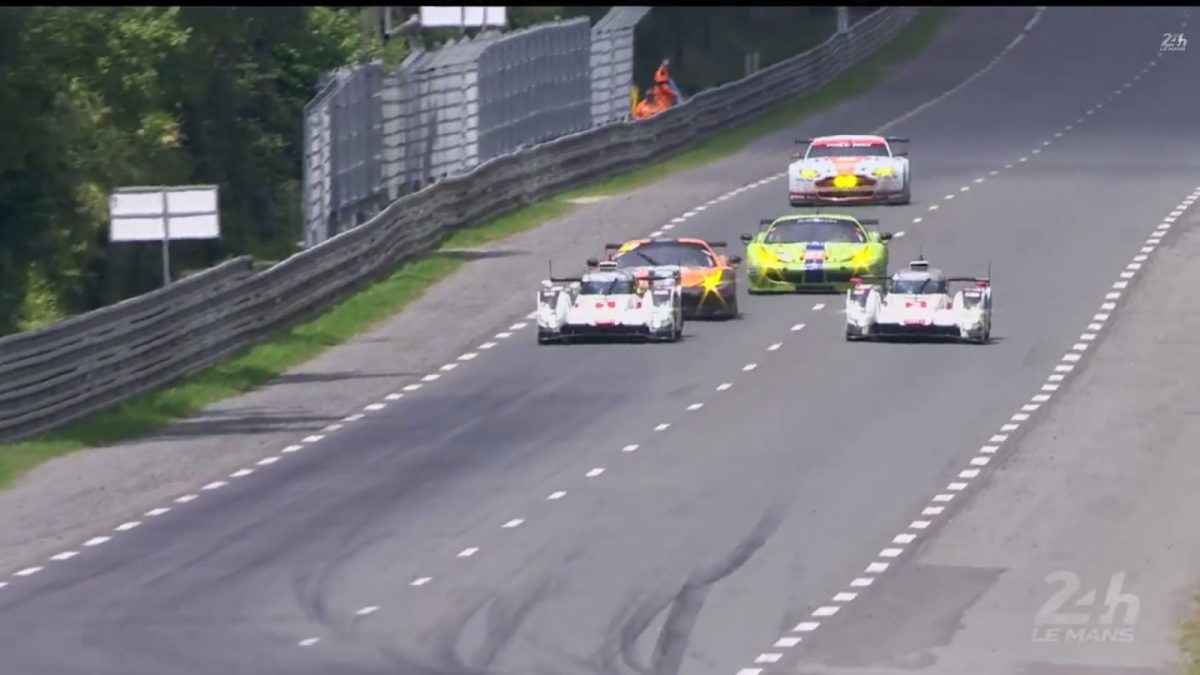 Wow, what a race, this years (the 82nd) Le Mans 24-Hour race was definitely a landmark in the race’s history. Not only did Porsche return to the race for the first time in 16 years but Toyota claimed their first pole position since 1999, which also marked the first non-Audi in the top qualifying spot since Peugeot in 2010! Having won 12 of the previous 15 races Audi had plenty of experience of how to win this race however, and they proved that by finishing the long drive in fist and second to take their 13th victory. Here are the highlights from the last hour of the race.

Switzerland’s Marcel Fassler, France’s Benoit Treluyer and German Andre Lotterer won in the No. 2 car (a third success for this trio at Le Mans). They finished after 379 laps, three ahead of Audi’s number one team of Dane Tom Kristensen, Spaniard Marc Gene and Brazilian Lucas Di Gras, who took the second spot. Kristensen had been chasing a record-extending 10th Le Mans victory after his triumph last year.

The race certainly earned it’s challenging reputation. After only 90 minutes of racing, a heavy downpour threw the Mulsanne Straight into disarray. This lead to a chain of accidents terminally affecting the No. 3 Audi driven by Marco Bonanomi and seriously slowing the progress of the No. 8 Toyota, driven by Nicolas Lapierre.

Once the clear weather conditions returned, victory seemed for a long time in the hands of the No. 7 Toyota (who had lead from pole). At the halfway point, the Toyota hybrid was nearly a lap ahead of second place. But just a few minutes later, the Japanese prototype came to a stop at Arnage with an electrical problem with a wiring loom. “It tears my heart out…I don’t know what to say,” driver Kazuki Nakajima said – what else could he say really. There was some consolation for Toyota as Britain’s Anthony Davidson, Frenchman Nicolas Lapierre and Swiss Sebastien Buemi took third place.

From then, it looked like Tom Kristensen could get that 10th win, as Audi’s No. 1 R18 e-tron quattro enjoyed a solid lead. However, a little after 11 a.m., the No. 1 Audi came to a stop on the Mulsanne Straight, then got going again like nothing was wrong, then a moment later slowed again with turbocharger issues.

This meant that Porsche was in the lead, an incredible sight for their first LMP1 entry in a long time! What followed was a tight battle measured in tenths between Mark Webber and André Lotterer. Only two hours before the finish though, mechanical issues for the Porsche forced retirement. Although the Stuttgart marque goes home empty handed, their solid performance will be noticed by more than one. For sure, be on the look out for Porsche next year and Mark Webber going for the win.

From this carnage, the No. 2 Audi emerges, having overcome a turbo problem in the night stage to claim victory. Finishing in fourth, the consistent race by Prost-Heidfeld-Beche gives the Rebellion Racing team a hard fought prize. In LMP2, the Zytek Z11SN-Nissan of Dolan, Tincknell and Turvey took home the win. Ferrari claims victory in LM GTE Pro (Fisichella, Bruni, Vilander) and Aston Martin takes the spoils in LM GTE Am (Poulsen, Thiim, Heinemeier-Hansson).

What was really cool about the race this year was the webcast coverage by the ACO, giving free live on-board camera’s and analysis. While I was watching the closing stages yesterday, I actually felt like I was there – it was awesome! Let’s hope next years race and free web coverage is even better.