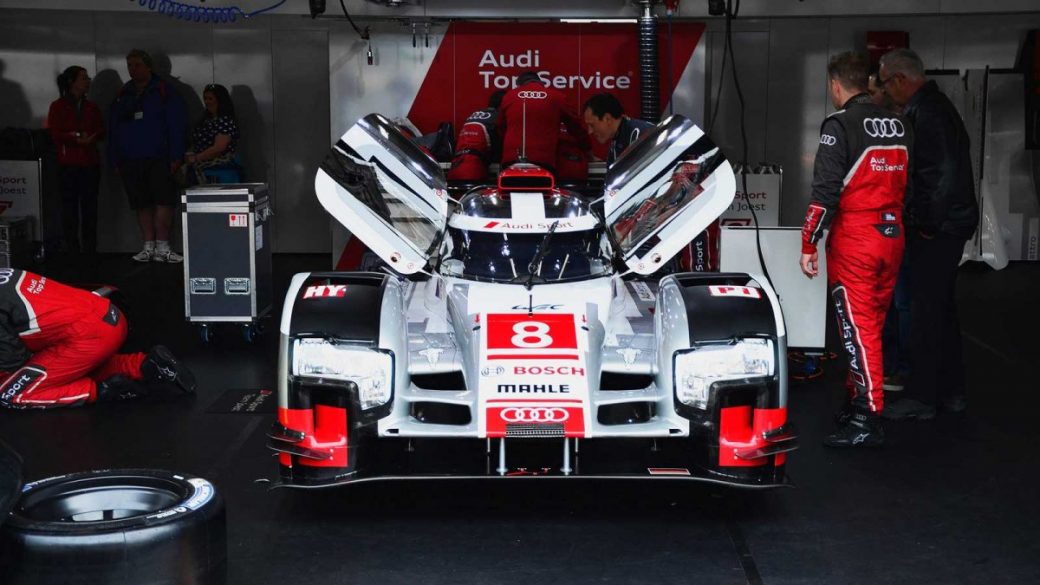 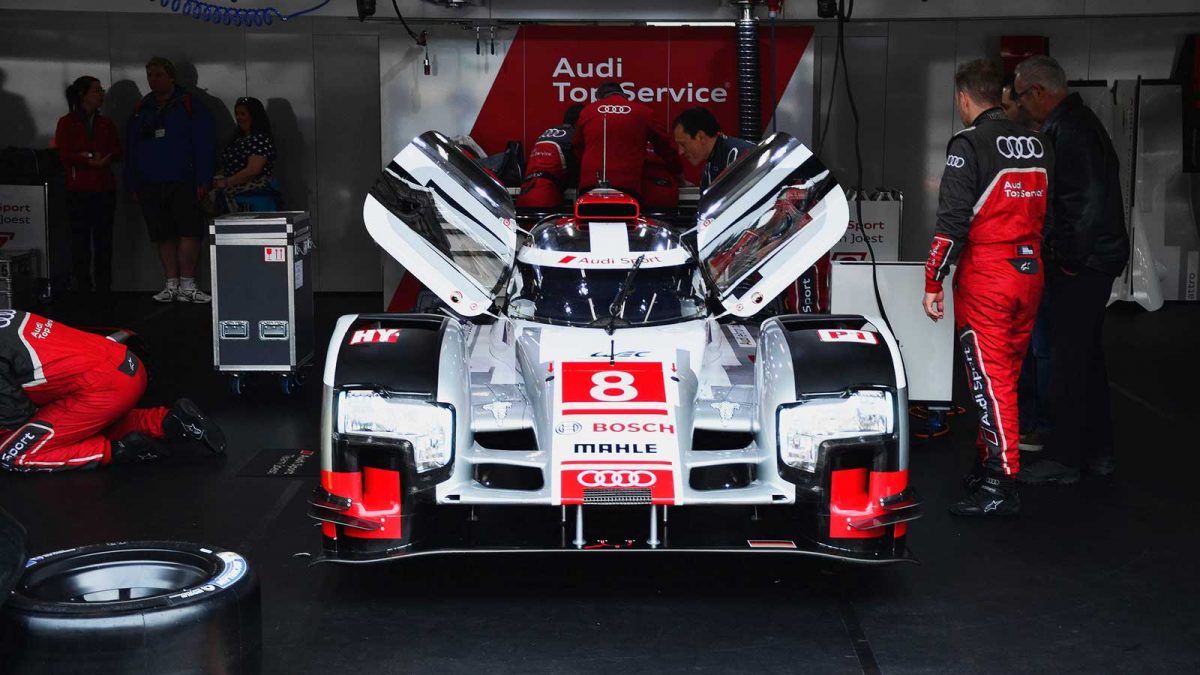 Porsche recently rejoined the top-flight of sportscar racing, reigniting the historic Audi-Porsche LMP1 rivalry. However, just two years later, Audi has announced that it will withdraw from the World Endurance Championship (WEC) at the end of the year (2016)!

Audi will still be competing at the bleeding-edge of motorsport technology, though; they are switching focus to Formula E—an up-and-coming series focussing on electric engine efficiency and performance.

Rupert Stadler, Audi’s Chairman of the board of management, announced the decision to Audi Sport’s 300 employees on Wednesday morning, stressing the importance of the manufacturer’s increased involvement in Formula E for the company’s future:

We’re going to contest the race for the future on electric power.

As our production cars are becoming increasingly electric, our motorsport cars, as Audi’s technological spearheads, have to even more so.

After 18 years in prototype racing that were exceptionally successful for Audi, it’s obviously extremely hard to leave.

Audi Sport Team Joest shaped the WEC during this period like no other team.

I would like to express my thanks to our squad, to Reinhold Joest and his team, to the drivers, partners and sponsors for this extremely successful cooperation. It’s been a great time.

Since Audi joined the top tier of prototype racing in 1999 it has taken 106 race victories, including 13 wins at Le Mans. The WEC won’t be the same without them.