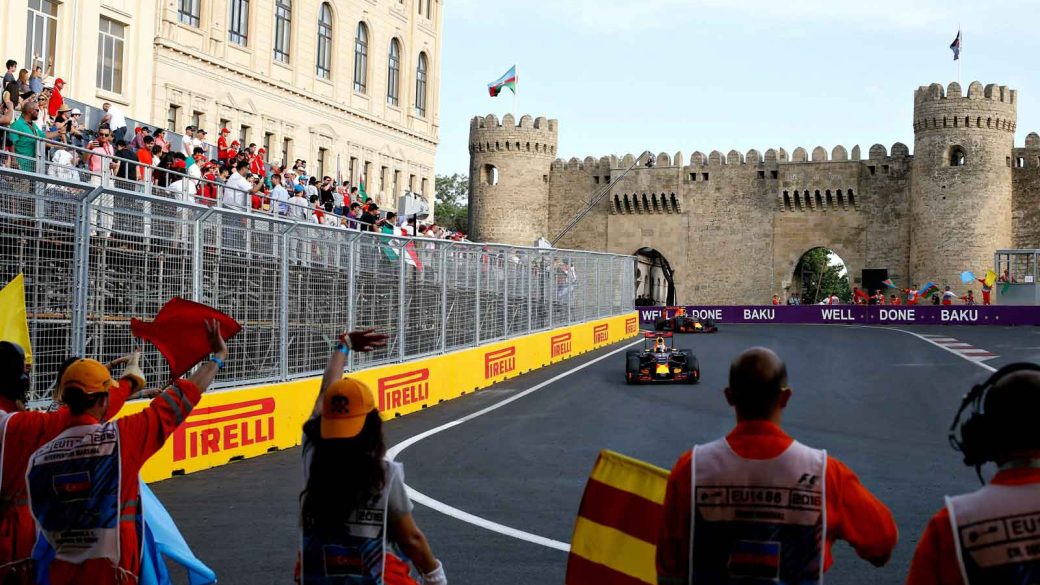 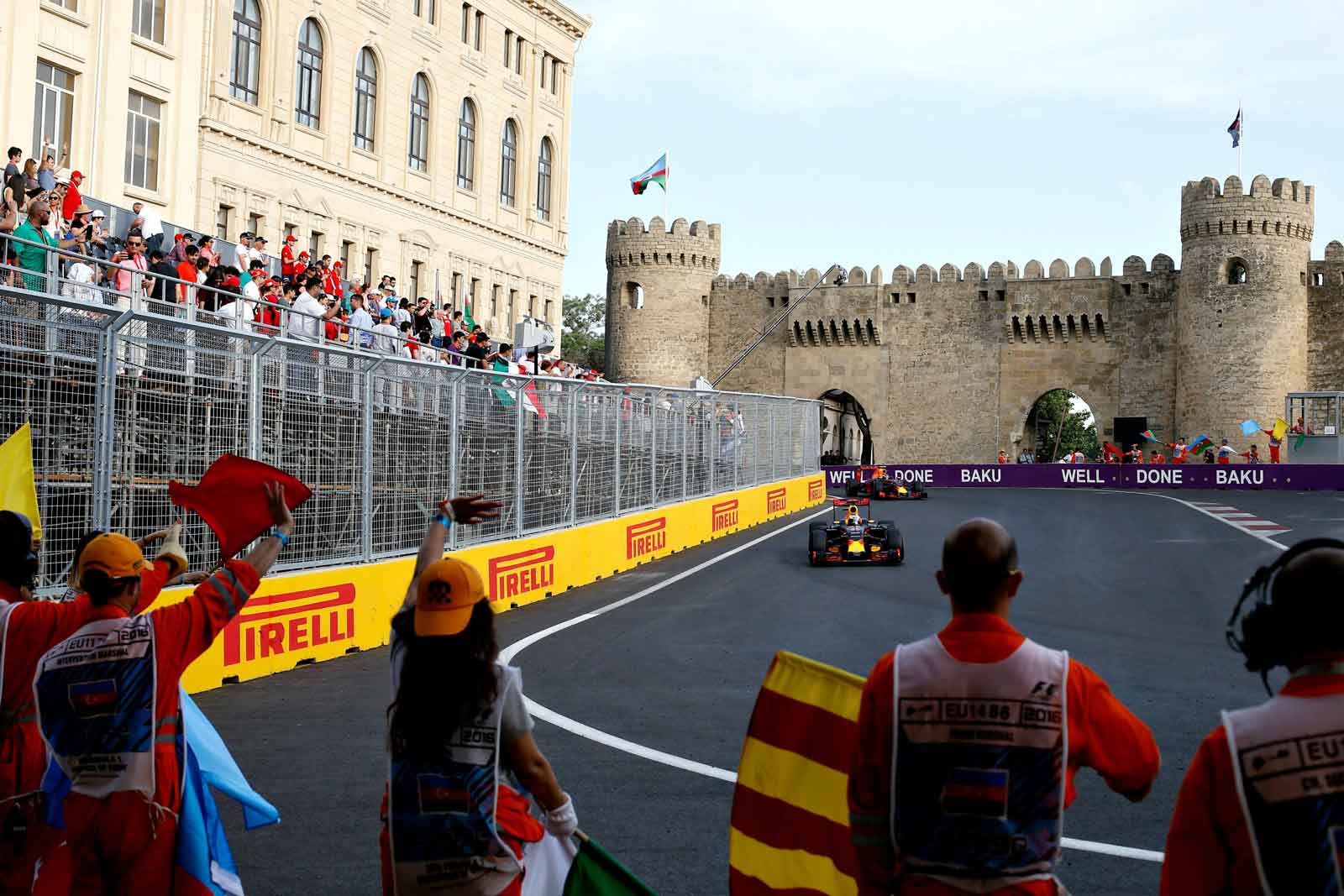 The F1 carnival had a super fast change-over last week, having to transport all 11 teams from Montreal, Canada all the way over to Azerbaijan, in the far reaches of Eastern Europe, for the fist ever GP of Europe.

For Nico Rosberg, the trip was well worth it; after a frustrating weekend for his Mercedes team-mate, Lewis Hamilton, he extended his world championship lead with a crushing victory. After securing pole position in qualifying, the German led into the first corner and set about building a gap between the chasing Red Bull of Daniel Ricciardo. In the end, it was a gap which just grew and grew throughout the race and the cherry on top of Rosberg’s cake was that Hamilton, his title rival, finished back in fifth.

It was Rosberg’s fifth victory of the season and first since Russia, leaving him 24 points clear of Hamilton in the drivers’ standings.

Having crashed out in Q3, Hamilton made good progress through the field from 10th, but then encountered lower than maximum electrical deployment from his hybrid engine. He repeatedly asked his engineer for help in solving the problem but Mercedes were unable to give any substantial guidance, due to this season’s radio communication restrictions, and were only able to advise that is was a problem with one of the engine modes.

Hamilton was able to fix the problem in the closing stages but it proved to be too late and he was unable to improve on fifth.

That wasn’t a driver aid, that was a technical issue. The FIA know that Formula 1 is so technical, far too technical almost. To have that many switch positions, that’s something you should be able to rectify because the only people who can see the issue are the guys in the garage. Today, it would’ve added to the spectacle if I would have had full power because I would’ve been more in the race, fighting with the guys up ahead.

Ferrari’s Sebastian Vettel finished second for the second successive race with Force India’s Sergio Perez scoring his second podium in three races with third. The Mexican passed Kimi Raikkonen on the final lap to snatch third, but he was set to get the place anyway as Raikkonen had been given a five-second time penalty for crossing the white line on pit entry earlier in the race.

Perez’s team-mate Hulkenberg finished ninth, one place ahead of Felipe Massa, who scored points for the seventh time in eight races. This time last year he won the 24h of the Mans with Porsche, who snatched the victory from Toyota on the last lap, for a successive victory this year.