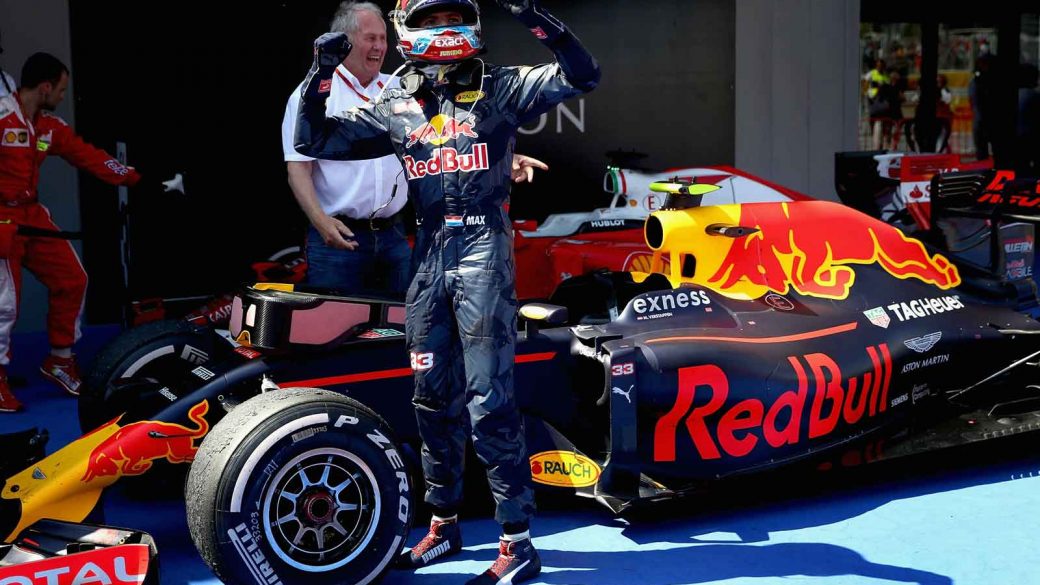 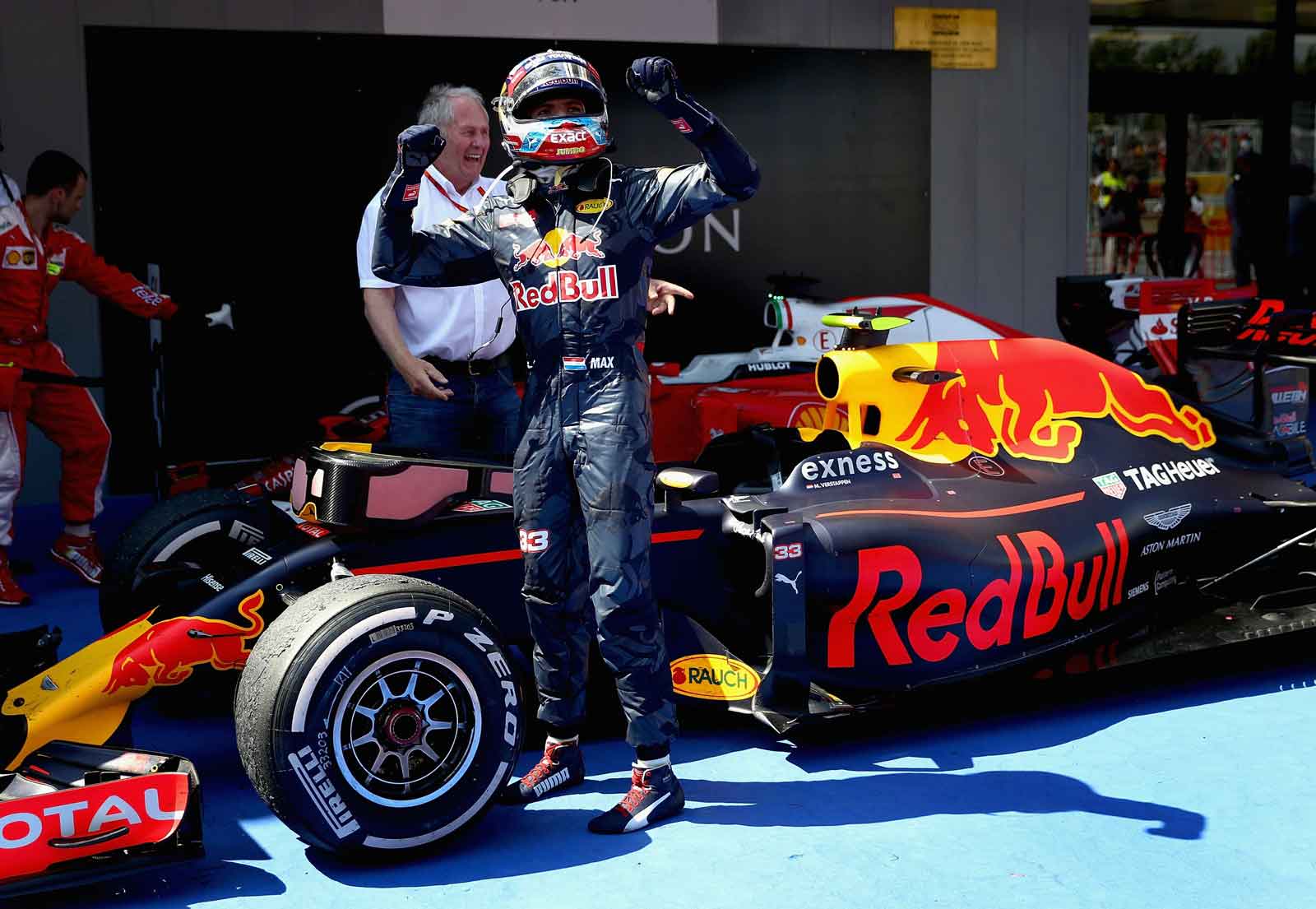 Verstappen kept Ferrari’s Kimi Raikkonen at bay for almost a third of the race to score a famous win after the two Mercedes of Nico Rosberg and Lewis Hamilton crashed out of the race on the opening lap.

Verstappen had been switched from Toro Rosso to replace Daniil Kvyat after the Russian Grand Prix and he went on to produce the most astonishing victory in Formula One history.

“It feels amazing I can’t believe it, it was a great race” Verstappen said after the race. “To win straight away in the first race it was amazing.”

After team mate Daniel Ricciardo pitted to hand him the lead, Verstappen never looked back and finished ahead of Raikkonen by six tenths of a second with the second Ferrari driver Sebastian Vettel in third on the podium.

Speaking after the race, the Dutch driver explained that he eased off and allowed Raikkonen to catch him at the front. This allowed him to extend the tyre-life, only pushing to control the pace when necessary. When the chasing Ferrari began to struggle with 5 laps remaining, Max just had to hang on and guide the RB to the chequered flag.

Ricciardo, who suffered a puncture on the last lap, finished fourth place, thanks to the huge gap the leading group had built throughout the race, with Valtteri Bottas in fifth for Williams, just under 2 seconds behind (now that’s close!)