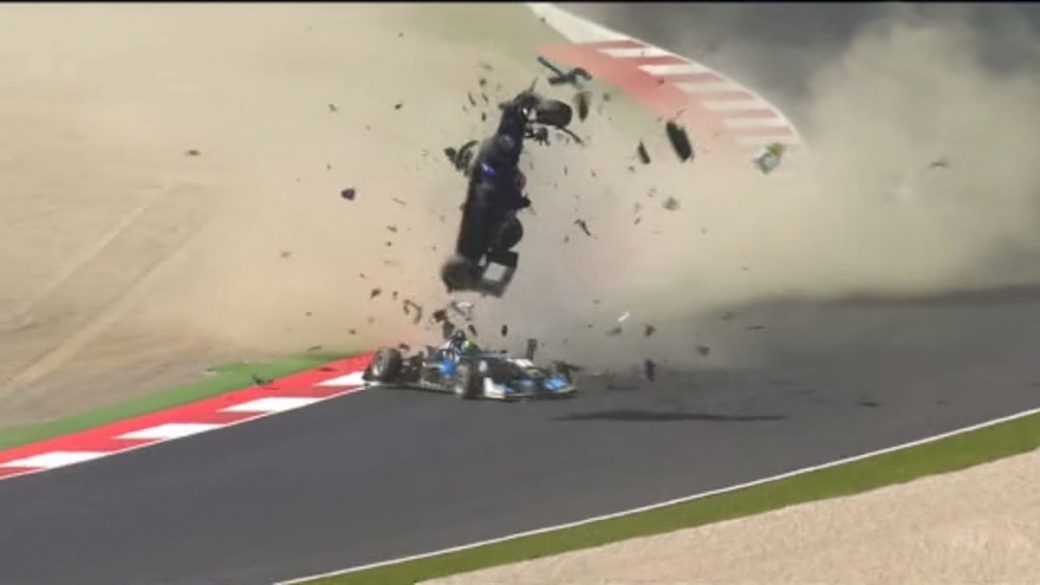 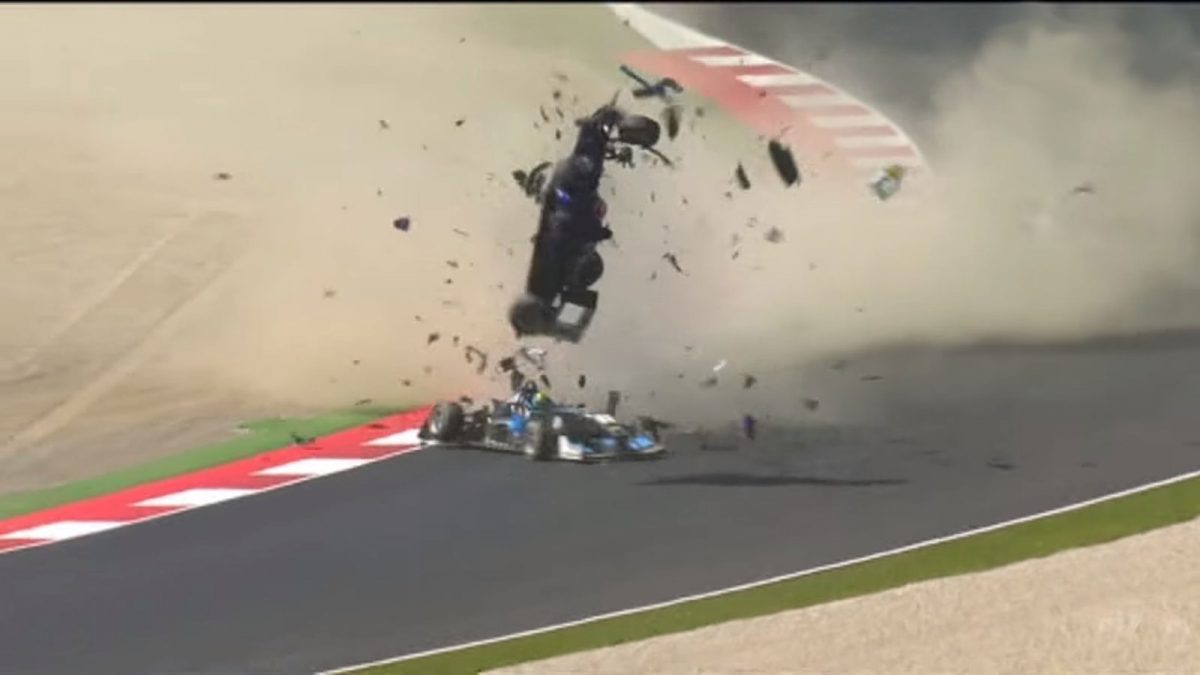 Racing around a track, on the limits of grip, is always going to have a risk factor and open-cockpit racing carries additional dangers that need to be negotiated. Safety is at the heart of modern motorsport though, and racing safety standards have come a long way since the days when even helmets and seatbelts were unheard of.

With only seven minutes or so left until the end of the first F3 race at Spielberg on Saturday, the two drivers collided in a massive crash. Tveter had spun at Turn 5, kicking up a cloud of dust in the gravel trap before eventually coming to a rest on the circuit. Unsighted by the dirt, his teammate, Li—also known as Peter, continued along the racing line, over the curb, at full speed and was launched over the back of the stationary car.

From the video, you can see that Tveter was able to climb out of his car immediately afterwards. The American limped over to the nearby marshal, escaping with just a badly bruised knee, though he did require medical attention.

Reports say that the Chinese driver was knocked unconscious by the impact and taken to a hospital in Graz via helicopter. Zhi Cong Li was later diagnosed with four fractured vertebrae and a shattered heel that will soon require surgery. Clearly the crash structure and roll loop fitted to the car did their job and probably saved his life.

Van Amersfoort Racing’s Pedro Piquet was also caught up in the accident, but emerged unhurt from the crash.

After being released from hospital, Tveter took to Twitter to thank “all those who have pushed forward safety in racing.” He added: “Because of them we’re still here.”

Encouragingly, his teammate was well enough for a thumbs-up photo (above), and is said to be recovering “incredibly well” from the incident.

Let’s hope he gets back behind the wheel sooner rather than later.