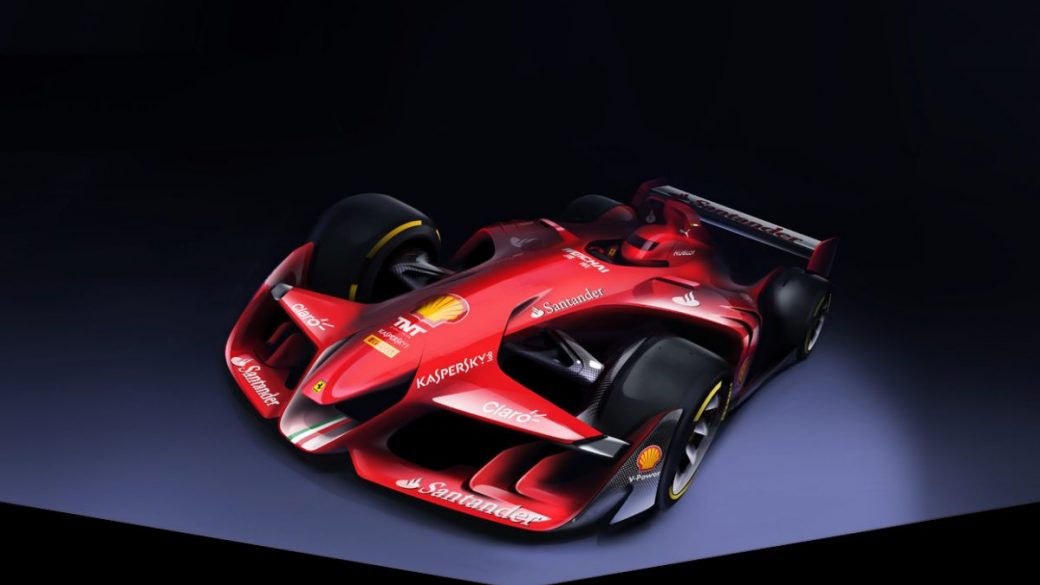 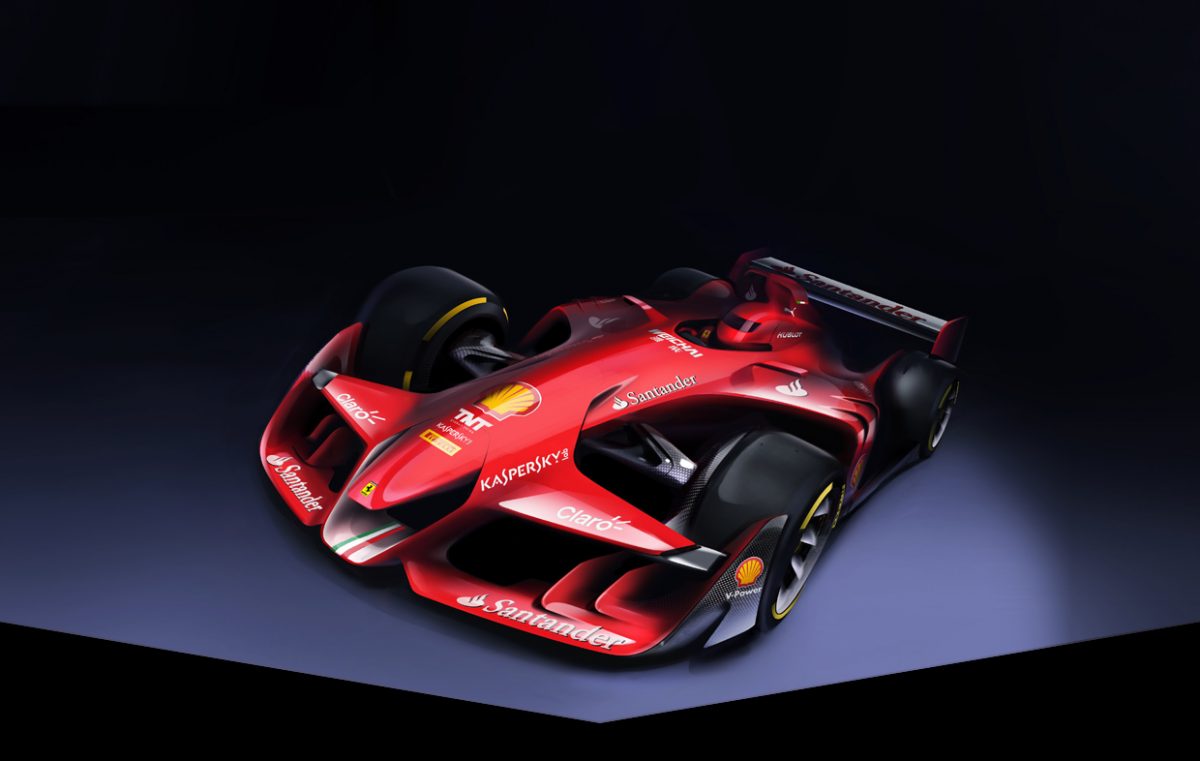 Ferrari has released two images of a striking-looking Formula 1 concept car. Beside looking awesome and simply being a design exercise, Ferrari hopes to fuel the debate about the dramatic changes the sport should be considering.

Ahead of a meeting of the F1 commission in Geneva this week, in which future rules are going to be discussed, the design concepts illustrate the scope of car design overhaul Ferrari believes is required in F1.

Rather than pushing for any set direction of rules – such as car width, tyre size or engine capacity – the idea of the Ferrari concept car is purely to show how simple it would be to make sweeping car changes. I like Ferrari’s ethos here, there is a lot of hype about making car’s harder to drive by bumping up the horsepower to 1000bhp, but F1 also has a duty to focus on the future of car technology. In today’s world that means pushing simple, reliable designs that are aero-efficient and eco-friendly (or in the case of modern and near-future Motorsport – slightly more eco-friendlier).

Following weeks of work from Ferrari’s own in-house design studio, in close co-operation with its F1 aerodynamic department, the result is a very futuristic looking car that still sticks to the general concept of current regulations.

It features a double decker front wing and sleekly sculpted bodywork, plus a simple large rear wing. I think it looks sick, taking design elements from concept road cars and Formula E. The design is definitely a lot cooler than the current shapes on the grid. What are your thoughts?