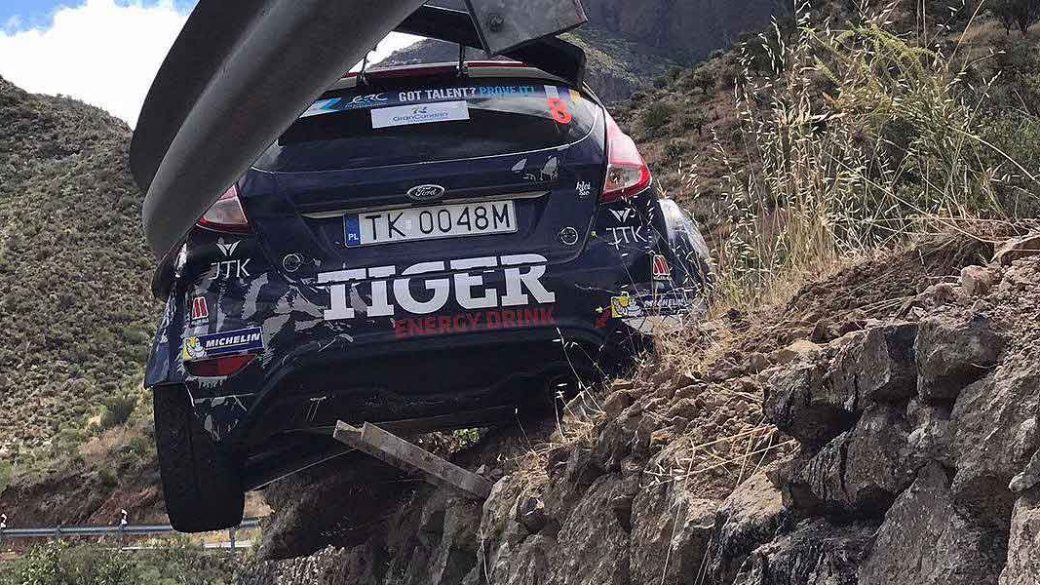 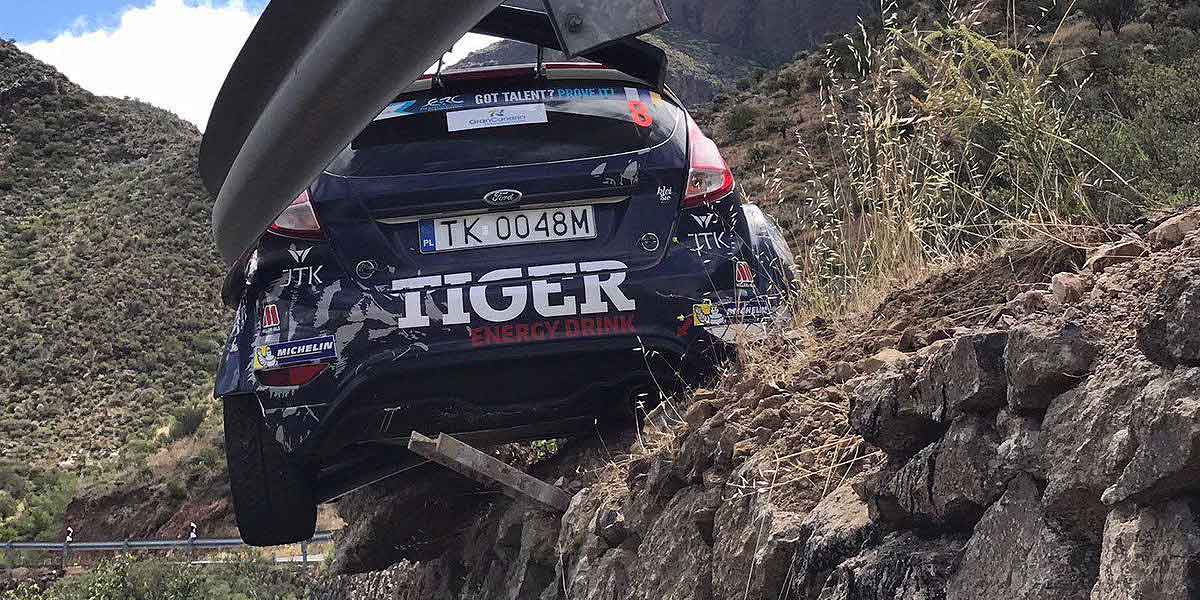 On 5 May, 24-year-old rally car driver Tomasz Kasperczyk came within inches of driving off a cliff during the FIA European Rally Championships. The Rally Islas Canarias race in the Canary Islands saw Kasperczyk lose control of his Ford Fiesta as he approached a tight turn on a windy road.

As his vehicle skids and crashes into the guardrail, the aerial footage shows the metal ripping out of the floor to take the weight of the car. It manages to hold the vehicle, which is teetering on the edge of the cliff, as Kasperczyk and his co-pilot rush to get out.

Luckily both men managed to emerge unharmed, but the same certainly can’t be said for the car. According to posts translated from Polish on Kasperczyk Facebook page, the team have yet to identify the cause of the problem with the brakes. As such, it’s unlikely his car will be returning to action during this event.

On the same day, Czech rally driver Jan Černý also had a lucky escape.  In stage four of the race, Černý lost control around a tight bend and his car went spinning off the edge. This time the metal barrier was unable to hold it, and the car tumbled down the hill. Luckily, the drop wasn’t as severe, and the car only made one full rotation before stopping. Both driver and co-driver came out unscathed.

These incidents remind us how thrilling yet potentially dangerous rally car driving is. With an average speed of 85 mph, these drivers and co-drivers are making decisions at the split of a second. A skill that only a handful have mastered.