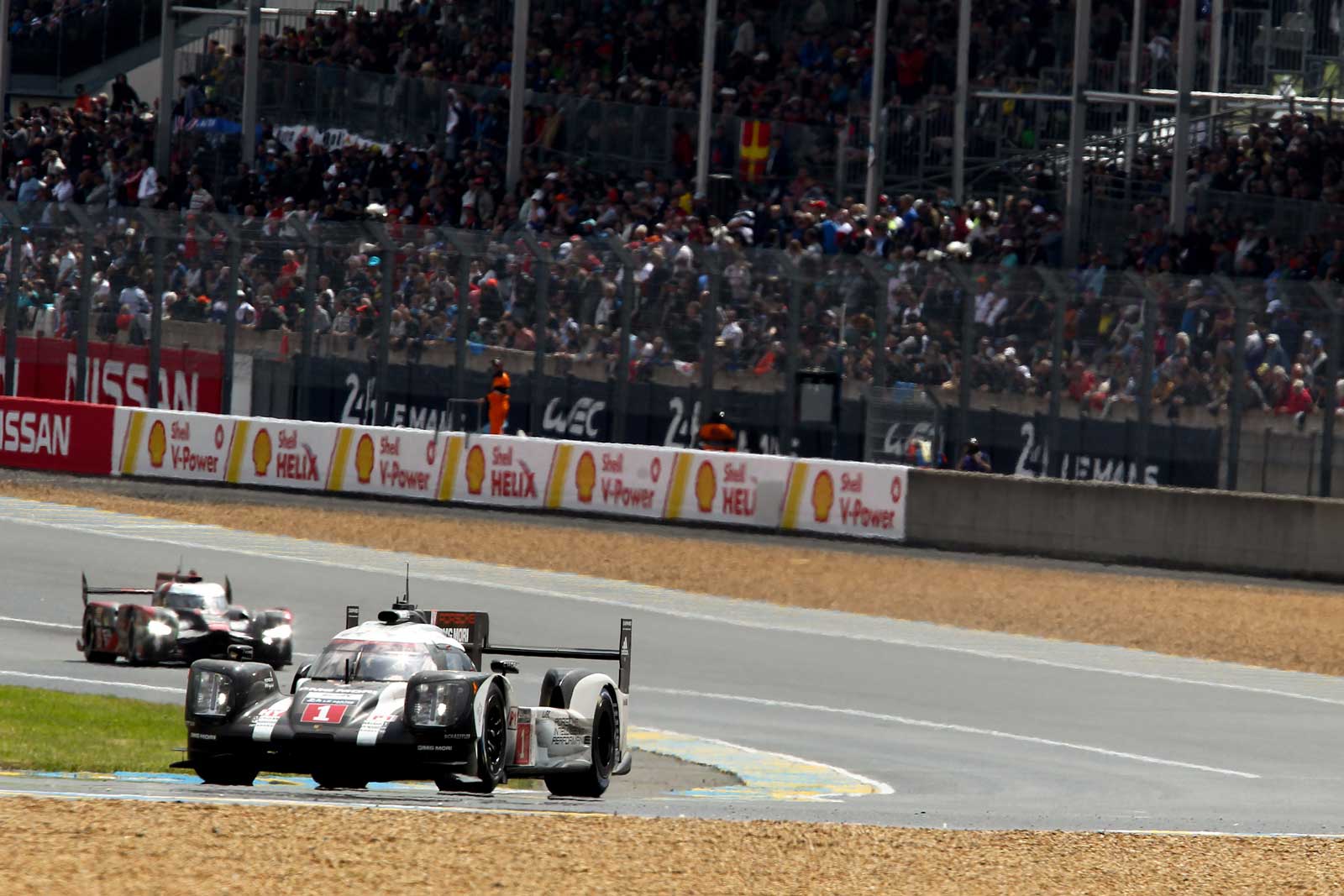 At three minutes to the end of this year’s 24 Hours of Le Mans, the #5 Toyota was heading for a spectacular victory, after leading the chasing #2 Porsche for many hours, with a close gap of just under one minute. On the very last lap though, the Japanese team’s car suddenly ground to a halt, as it crossed the start-finish line, and had to watch the Porsche sail past.

After several nail-biting moments, Nakajima managed to limp the car around the 13.6km track for one more lap. It took 11m53s though and the car was therefore disqualified for not completing the last lap within the 6-minute time limit.

This is possibly the cruellest thing I’ve ever watched in motorsport and we can only congratulate the Toyota team on an excellent race and look forward to another close battle next year.

In the end, the #6 Toyota TS050 Hybrid and the #8 Audi R18 took second and third, so at least Toyota came away with a podium finish.

The No. 2 Porsche 919 Hybrid of Neel Jani, Romain Dumas and Marc Lieb claimed the marque’s 18th Le Mans victory, completing 384 laps. This is the second consecutive victory for the German marque following last year’s triumph with its LMP1 hybrid machine and Porsche’s joy was in marked contrast to Toyota’s devastation.

Notable also, was quadruple amputee Frédéric Sausset, this year’s Garage 56 entry. The team, which also included Tinseau and Bouvet, ran a remarkable race; the car has no official ranking but crossed the line in 39th place overall.

So heartbreak for Toyota in this year’s Le Mans WEC race, but what a weekend of motorsport; we also have the first European F1 GP and a thrilling BTCC race to talk about.