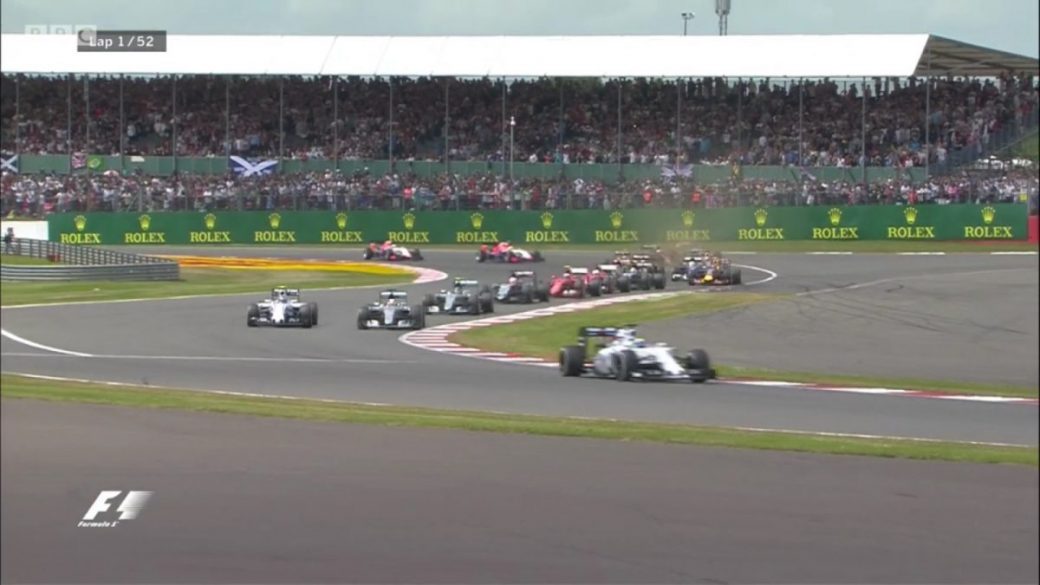 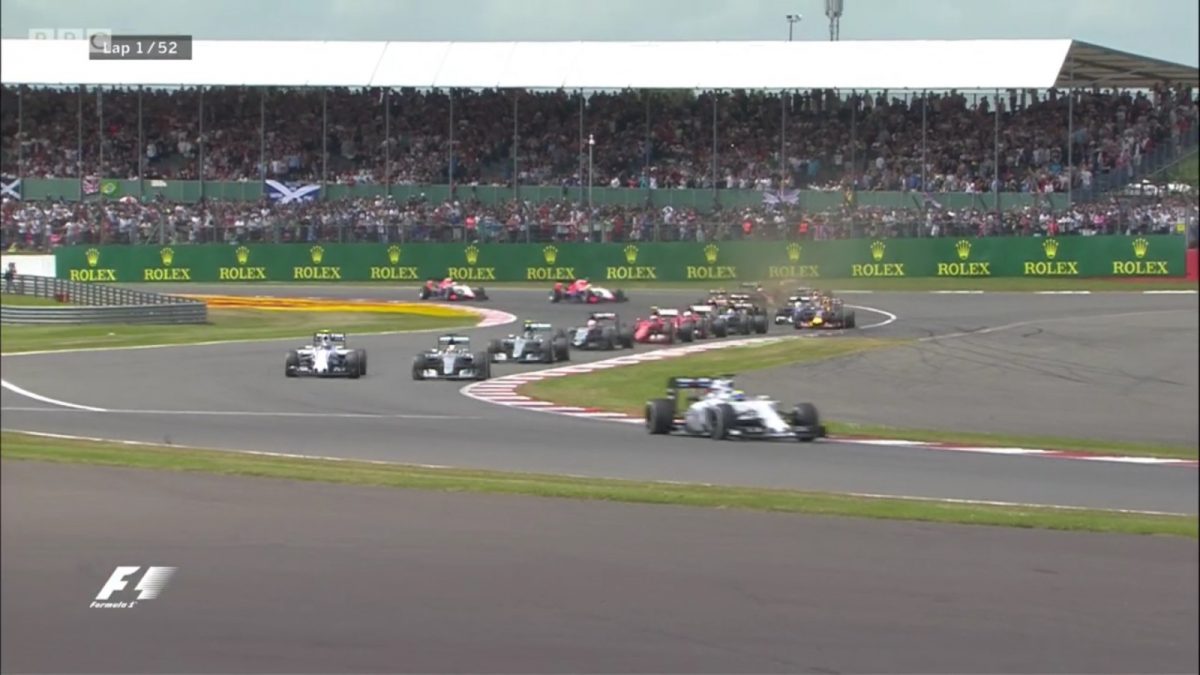 This week AUTOSPORT featured an article exploring the importance of the British Formula 1 GP and Silverstone, the home of British and World motorsport, on the race calender. While reading the article on a sunny Thursday morning, here in Somerset, there was no doubt in my mind that Silverstone could deliver a great race over the weekend. After all, with Mercedes looking like they are storming away from most of the other teams again this season, the sport really needs a track that can deliver wheel-to-wheel racing action.

Even though I knew that the high-speed and sweeping nature of Silverstone could help offset Mercedes edge over the chasing Ferrari and Williams cars, this afternoon’s race was far more exciting than we could have hoped for. I would even say that it was the best overall race of the year.

Looking at the final leaderboard does not reflect the excellent race-craft and tactical play that lead to a back and fourth inter-team battle throughout the race. As far as the results show it was F1 as normal, with Lewis Hamilton winning the British Grand Prix for the third time in a Mercedes one-two and Vettel picking up the remaining podium spot for Ferrari.

Thankfully however, the race was not a simple poll-to-chequered flag drive. Hamilton had a very difficult start, with slight wheel-spin, but Massa made an explosive start from third on the grid, able to slice through the middle of the slow-starting Mercedes to take the lead into Abbey, with Bottas slotting into second ahead of Hamilton and Rosberg.

Hamilton displayed great resilience however and cleverly maintained an outside-to-inside line, rather than going for the cut-back on Bottas, to reclaim second into Village corner.

The race was then neutralised when the safety car was called into action following some weaving and tagging further down the field. The Lotus of Romain Grosjean appeared to tangle with the Red Bull of Daniel Ricciardo, which speared the Frenchman into his team-mate Pastor Maldonado, putting both out of the race. That incident caused a secondary accident behind with Fernando Alonso taking avoiding action and hitting his McLaren team-mate Jenson Button, which put the Briton out of the race and left Alonso needing to pit for a new nose.

At the restart, Hamilton launched an attack on Massa into Club, but ran wide as the Williams defended the lead. That opened the door for Bottas to nip in and take second, with Hamilton having to fend off Rosberg.

Over the next few laps, it looked like Bottas had the edge, able to take tighter lines, as Massa struggled with balance. Cautious of what wheel-to-wheel racing between the Williams cars could do to their team race position in relation to the chasing silver arrows, the Williams race engineers initially told both drivers not to race. This was soon lifted and Bottas was advised to attempt a clean overtake if he was able to pass Massa. However Massa then injected a bit more pace into his drive. Maybe his last few laps were designed as a clever tactical dummy against the other drivers or to save his tires as much as possible.

Everything changed at the first pit-stops. Hamilton was the first to pit, crucially rejoining in front (narrowly) of the longer-running Force India of Sergio Perez, meaning that Hamilton had clean air in third. While he had a slight lock-up side-by-side with Perez into the first corner, he got away with it.

Massa and Rosberg pitting together next. Massa exited his pitbox alongside Rosberg and kept his nose narrowly in front on the exit (this was the tightest pit battle I’ve seen), but by then Hamilton had gone through meaning Massa had lost that all important lead position. Since Bottas had to pit next, it was an easy drive for Hamilton to inherit P1.

Over the middle part of the race, things fell into a familiar rhythm, but radio chatter about possible incoming rain showers sparked new tactical manurers amongst the teams. Some driver’s got the switch onto intermediate tires right and some got it not so right.

Williams’s were one of the teams that didn’t do so well here and their promising race began to unravel. Bottas wanted to switch to inters quite quickly but with most of the track dry, the team warned that the intermediate tires could not withstand the track. On top of the tire-switching difficulties, it seemed that the lower down force Williams cars struggled for pace against the Mercs—in the wet—and ended up fourth and fifth, jumped by Vettel as Ferrari made an earlier dive for intermediates and then pulled clear.

Just before Vettal pitted, Hamilton made an inspired last minute dive into the pits for intermediates just before the rain really came down. This move saved him the top spot for sure.

Further down the grid, Nico Hulkenberg and Sergio Perez ensured Force India’s B-spec car had a double-points haul on its debut by finishing seventh and ninth respectively, with Ferrari’s Kimi Raikkonen splitting the duo, the Finn losing ground by taking intermediates too soon. Force India’s new car looks and performs impressively, with the unique two-nostril nose (allowing high airflow through a wide profile) looking pretty cool in my opinion.

Alonso, who was one of several cars that pitted for intermediate tyres early, scored his first point of the season – after four successive retirements – with 10th. So while McLaren Honda’s difficult season continues they were able to capture some valuable data and their second point-scoring finish. Plus, both Button and Alonso feel that there is big progress taking place in the Mclaren-Honda garage—so watch this space.

There is a bit of a break for F1 now before heading to Hungary, so stay posted for more motorsport and other action sports news at ADAPT Network.