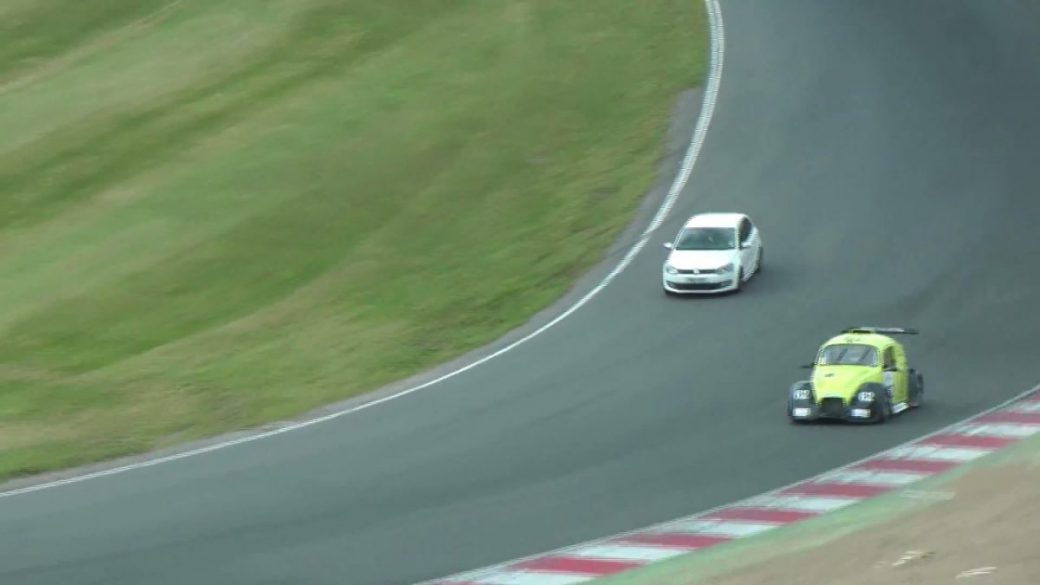 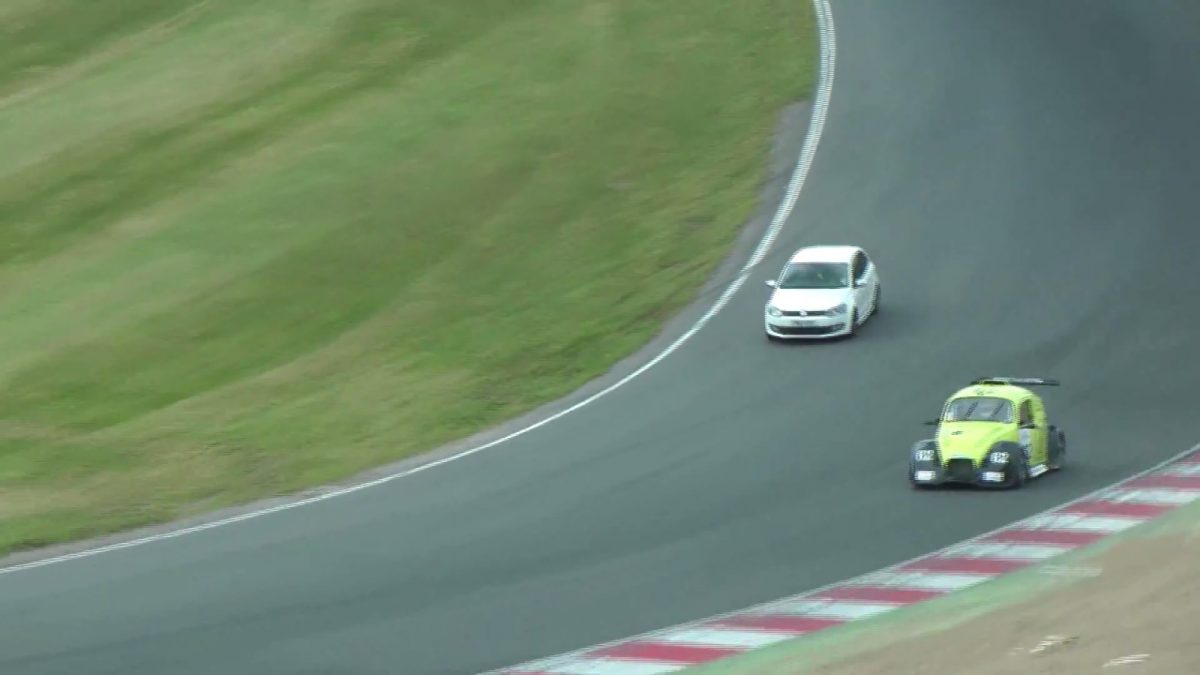 This is just crazy, a video has emerged on the web showing a white passenger car being driven onto the Brands Hatch Race Track in Kent, England during a race. The video shows the Volkswagen Polo on the inside line of Turn 1 as VW Race Beatles pass it during the last 30 minutes of the 4-hour Volkswagen Fun Cup Race held last weekend.

The commentator is quite simply confused by the whole situation and wrongly identifies the car as a Golf (not that that’s important). Click here to watch an onboard video of the VW Polo being driven onto the track. Warning, the video contains strong language and appears to show the owner of the car (in the passenger seat) in a lot of stress as the driver continues to ignore her pleas to not enter the track in the first place and then (once on the circuit) exit as soon as possible.

This is seriously irresponsible and the driver put lives at risk. According to Fox Sports, the Kent Police website details that the driver was arrested on Monday, June 16 on suspicion of false imprisonment and currently remains in Police Custody.

The race was red-flagged and an inquiry into the incident has been launched between Kent Police, the Motor Sports Association and circuit operator MotorSport Vision. The British Racing and Sports Car Club, which organised the meeting at the weekend, said it was assisting all parties.

MSV boss Jonathan Palmer told Autosport: “I’m absolutely seething at this complete madness. It was deliberate and endangered competitors and his passengers.

“It’s a completely unprecedented occurrence, an opportunity to get a bit of notoriety.

An MSA statement read: “The Motor Sports Association is extremely concerned by the events that occurred at Brands Hatch at the weekend.

“As the governing body, the MSA condemns in the strongest possible manner the irresponsible actions of these individuals, and is pleased that Kent Police shares its view of the gravity of the incident.

“In the meantime, the MSA has announced an inquiry to understand fully the circumstances of the incident.

“As part of these investigations, the MSA will be liaising with AMRCO [the Association of Motor Racing Circuit Owners] and the organising clubs to seek their views and to ensure that all reasonable measures are taken to prevent similar occurrences in the future.”

If you want to race, try your local track. Make sure your car is safety inspected and always wear your helmet. O yeah, and don’t just hijack another race!