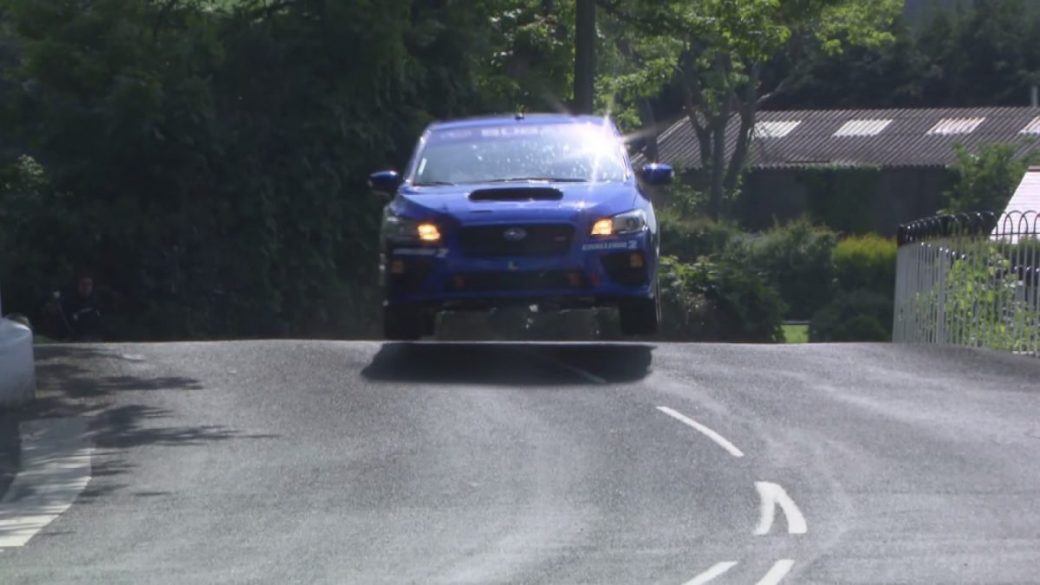 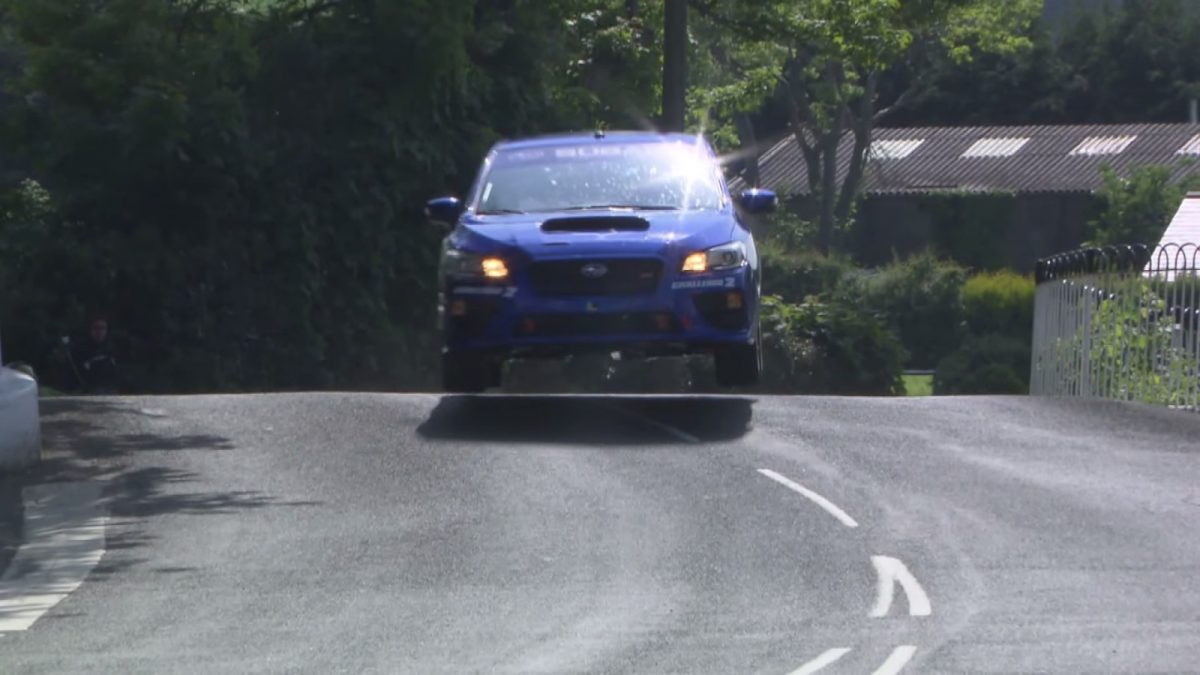 This is the coolest POV racing video we’ve ever seen. If you like cars and racing, even just a little bit, you’ve got to check out Mark Higgins’s Isle of Man Hot lap in the 2015 Subaru WRX STI.

Back in 2011 rally driver Mark Higgins, who was born on the Isle of Man, set the fastest lap record for a production car on the Isle of Man TT circuit. In the previous model of the Subaru WRX STI, Higgins managed an impressive time of 19 mins 37 secs, clocking an average speed of 115.356 mph.

There was one particularly sketchy moment that meant the lap wasn’t as fast as it could be, and Mark, who has been rallying for 25 years, described it as “the scariest thing I have ever done.” I mean – that’s saying something, coming from a driver with a lot of race experience.

Having seated an American photographer in the passenger seat for their second record breaking attempt, The Subaru team had not fully adjusted for the extra weight and balance shift. After clocking 113 mph at the first speed trap, 8 mph down on the first attempt, it was clear that the passenger was going to have a significant effect on the Subaru’s performance.

This balance shift caused the car to loose control through Bray Hill.  If you’re not familiar with Bray Hill, it is almost inconceivably daunting. Think Brands Hatch’s Paddock Hill at twice the speed and you’re still not close. The run in certainly doesn’t look straight from behind the wheel (or handlebars) but that’s how you treat it. Then you approach a lip and you can only judge how steeply the road drops away on the other side by the way the roofs of the houses on the right descend. Over the top and you get stomach-lightening gravity-fed acceleration to add to a pinned throttle as you free-fall towards a right-hand corner at the bottom that every fibre of your being tells you to brake for. The accepted line is close to the kerb on the right. The exit is uphill but run-off only amounts to the width of a pavement while Armco is replaced by a wooden garden fence.

If you haven’t seen the video yet (below video around the 1 minute mark), Higgins hits the corner at 150mph and the car promptly losses control. Inside the car, he then spends the next seven seconds throwing corrective lock at it. Spectators run into a driveway and it’s only after Ago’s Leap that he finally has everything back under control and the throttle wide open again with just 36 miles of the lap left. While this has to be one of the greatest saves of all time, the slide lost a lot of time and the Subaru team were left feeling like they could go faster.

Fast forward to 2014 and with the updated 2015 Subaru WRX STI model, Higgens was back on the Isle of Man TT track. Loads of improvements to the car, including a faster steering rack (so the driver’s hands wouldn’t have to move quite so quickly) and a 40% stiffer chassis meant that the car could be pushed harder – cool!

The POV footage of the hot lap (top) pretty much speaks for itself; the lap was as near perfect as I think you could get it, aside from a slight slide in one corner and a hard curb-hit on another. In the new Subaru WRX STI, the team completed a lap in 19 minutes and 16 seconds, a whole 21 secs faster than the 2011 attempt (that’s huge in TT terms).

“Watching the new video provides an insight into what it is like to drive this course flat-out,” said Higgins. “The buildup to the lap is very intense and it is a fight the whole way around. I learn more every lap I take. The final run I was able to do a much cleaner lap. Just an amazing experience, and I hope everyone enjoys the video.”

Via: Evo and Top Gear