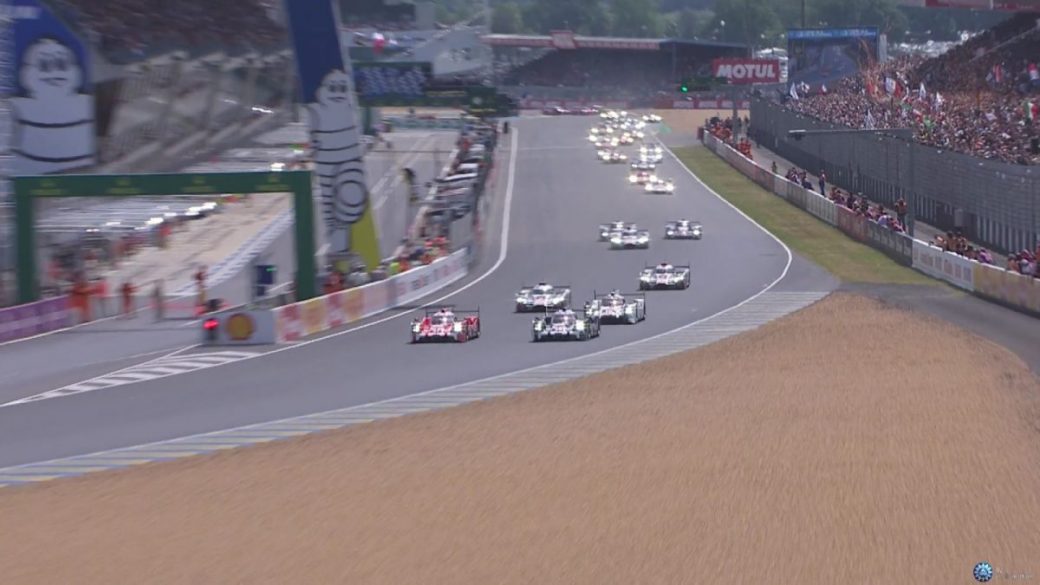 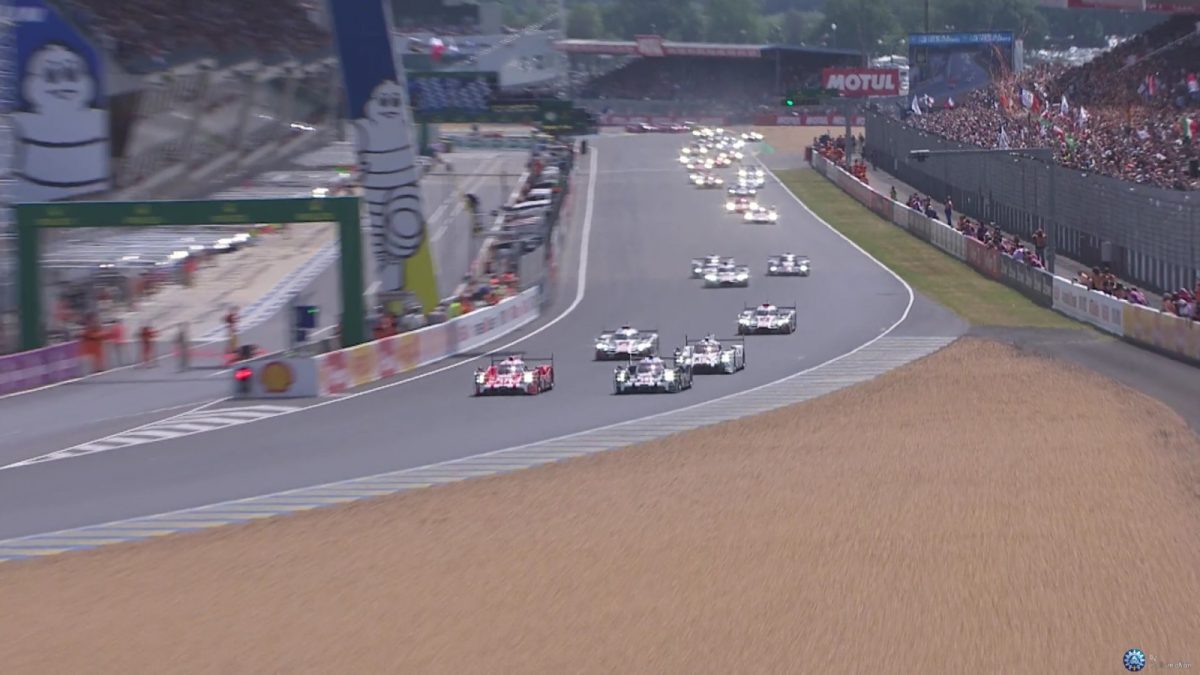 Last years Le Mans 24 Hours saw Porsche return to the race for the first time in 16 years. While both Porsche and Toyota looked like a real threat to Audi’s recent dominance, in Porsche’s absence, Audi continued it’s winning streak by taking both first and second place. This meant that Audi had won the last five races, and 13 of the last 15.

This year Porsche looked even stronger and with three upgraded LMP1 Porsche 919 Hybrids and three great driver teams. The question going into this year’s race, however, was whether or not the 919 Hybrid’s blistering qualifying pace could translate into race reliability.

Well, after battling neck-and-neck with Audi’s R18 for much of the race, the short answer is yeah. Porsche took both first and second place and it’s first overall victory since 1998, with Formula 1 driver Nico Hulkenberg, Nick Tandy and Earl Bamber in the middle of the podium.

The #19 919 Hybrid moved to the front of the grid through the night; after it lost some ground during an early safety car period, stints from Hulkenberg and Tandy hauled it back into contention. For most of the race Porsche continued to battle Audi, with overtakes going back and forth between the two German manufacturers. However Bamber then jumped into the cockpit in the early hours of the morning, and as Sunday progressed any threat from Audi behind crumbled as all three of its cars required unscheduled pitstops.

A tire puncture in the No. 7 Audi gave up the lead to Porsche, and moments later a crash forced the No. 8 into the garage. But a three-minute replacement of the front and rear bodywork (check out the video above at 01:40—pretty awesome work from the pit crew) kept the Audi in contention.

All that was left after that was for Porsche to nurse its #19 and #17 home to a one-two finish, including taking care during a light rainshower in the final 10 minutes.

The third-placed #7 Audi, which was in the thick of the lead battle with the #19 Porsche through the night, slipped back when it lost a chunk of its bodywork, and it would later require further unscheduled stops for an oil top up and further checks to the engine cover. That left the #9 Audi leading the chase of the #19 and #17 Porsches that assumed the top two places, but that car’s challenge ended when it spent nearly 20 minutes in the garage to have a front driveshaft changed.

The #17 Porsche was in the lead fight in the first part of the race, but it fell out of direct contention after Mark Webber was forced to serve a one-minute penalty due to a yellow flag infringement by Brendon Hartley in a previous stint.

Speaking after the race, Webber said that he did not believe that this effected their fight for the podium top spot.

“It doesn’t help to lose half a lap, but I don’t think it was going to make a difference to the victory – the #19 deserved it,” said Webber.

“They were exceptional, especially in the night. They left the Audis and the rest of the Porsches behind.”

The third Porsche – which started on pole courtesy of Neel Jani, dropped down the order when Romain Dumas and Jani both committed the same error in consecutive stints – locking up and gently hitting the tyre wall head-on at Mulsanne corner in the night. Both incidents required a change of front bodywork, and in the case of Jani the delays were longer because he got the #18 car stuck in the gravel when trying to reverse back onto the track.

Further back in the field there was no repeat of Rebellion Racing’s fourth-place heroics from 2014, with its cars finishing 18th and 23rd overall, both still running at the finish. The privateer did however finish ahead of Nissan, which persevered with its troublesome radical (front-wheel-drive) GT-R LM NISMOs throughout the race, eventually getting the #22 machine to the chequered flag.

The line-up of Nicolas Lapierre, Richard Bradley and Matt Howson led the class at the end of every hour and at one stage had a lap on the entire field.

However two Sunday incidents threatened to rain on its parade – the first when the ORECA 05 stopped on-track for two minutes when Bradley overshot Mulsanne and realised the car had lost reverse, the other when Lapierre fell off the road at Indianapolis during the 22nd hour.

They managed the rest of the race accordingly, and Bradley crossed the line to secure a 50-second victory.

The GTE Pro class proved to be just as exciting as the P1 class, with a four-way battle for first after four hours into the race. Though in the end, it was Corvette’s lone entry that prevailed since every other car was hit by mechanical trouble.

As the Aston Martin cars dropped away, the lone Corvette Racing entry took over, followed by a charging AF Corse team Ferrari 458 Italia. The Corvette and Ferrari continued to trade places in the final hours until gearbox trouble forced the No. 51 Ferrari out of contention. It was eventually passed by the other AF Corse car, No. 71.

It looked as though Aston may get a result in the GTE Am class, where a dominant performance from the #98 Vantage was less than an hour away from a deserved victory.

However Paul Dalla Lana ploughed into the barrier after swerving left on the entry to the Ford chicane, unfortunately ending the Aston’s race immediately.

This opened the door for the Victor Shaitar/Andrea Bertolini/Aleksey Basov #72 SMP Ferrari to come through and win, despite being briefly beached in the gravel on Sunday morning when Shaitar went straight on at Indianpolis. In the end, the 458 Italia won by two laps from the Dempsey-Proton Porsche 911 RSR and the #62 Scuderia Corsa Ferrari.

So an awesome race and congratulations to Porsche on their victory. What was your favourite moment from this years Le Mans 24 hour race? Let us know in the comments below or write a post at ADAPT community.

Via: AUTOSPORT, autoblog and 24h-lemans.com