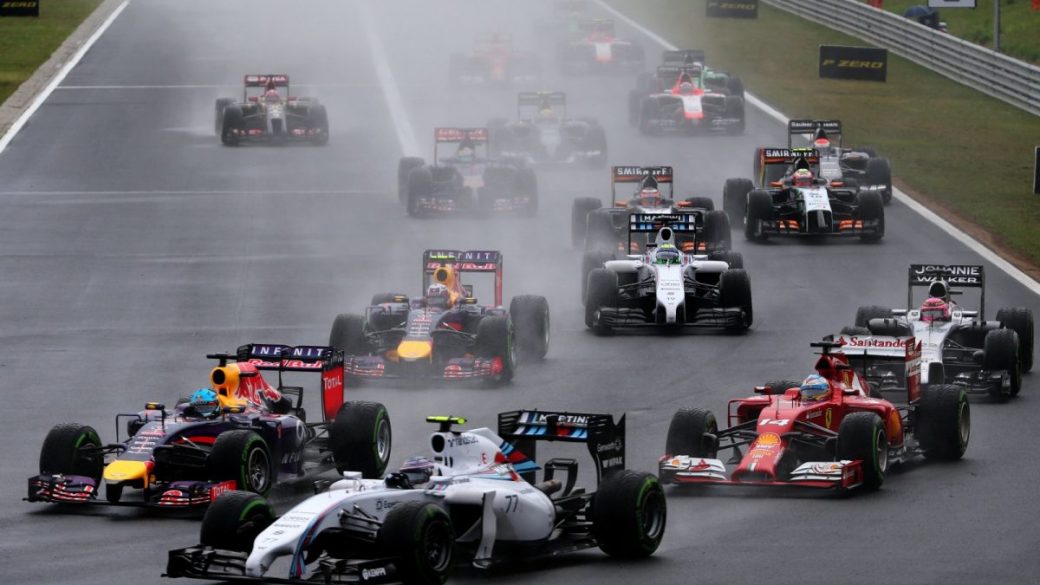 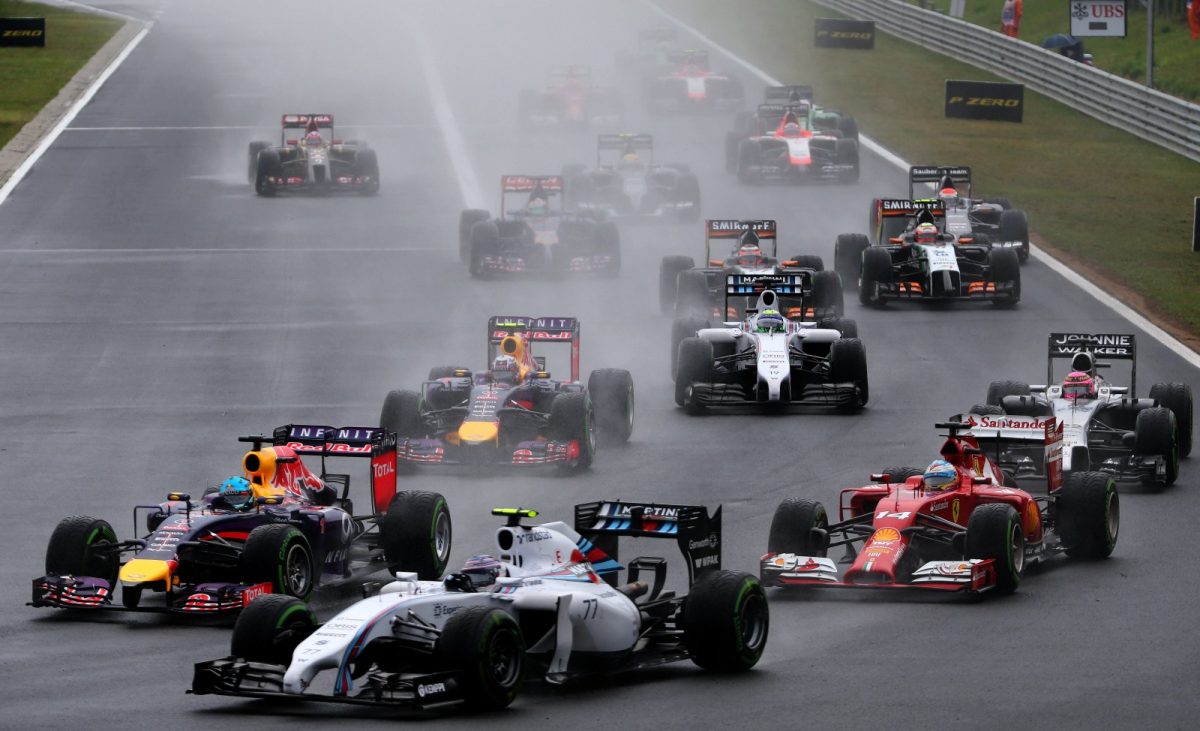 It’s been a few races since Formula 1 news has featured on ADAPT. After watching the Hungarian GP with my dad yesterday though, I was itching to talk about it. Long story short…it was an amazing race – I think the best of the season so far, what a way to conclude the first half of the 2014 season.

The race saw the advantage swing backwards and forwards, between drivers and teams, throughout after a wet start, two safety car periods and some thrilling racing in front of a large crowd. Qualifying was equally eventful; an engine fire in Hamilton’s car resulted in the biggest split on the starting grid, we’ve seen so far this season, between the two silver arrows – with Hamilton starting from the pit lane and Rosberg way ahead at the front.

At the start, the spray dispersed from everyone’s inters was blinding, but the drivers seemed to handle the pace well as they chased the cars in front and settled into a rhythm. The start wasn’t as smooth for Hamilton however; as if starting from the pit lane wasn’t difficult enough, he spun out on the first lap, kissing the barrier with the left end plate of his Mercedes’ front wing. Luckily though, the contact was fairly low-impact and the car escaped with minimal to zero damage. While the wet start visibly neutralizing the Mercedes advantage, Hamilton was still able to chase down the pack and start filtering through the bottom half of the line-up, within a few minutes of his spin-out – that’s pretty impressive stuff.

The first safety car was called into action on the 13th lap after a crash by Caterham’s Marcus Ericsson. Button, and latter his Mclaren team-mate Magnussen, went for another set of intermediates (gambling on further rain-fall). While, other drivers took the opportunity to move to slicks (since the race was started on inters, drivers were no longer required to use both types of dry tyre and could run the rest of the race on the grippier option compound – weather permitting).

As the race resumed, Button was able to use his inters to pass Rosberg into P1, as Rosbergs slicks struggled to get up to temperature on the still damp track. Button’s advantage didn’t last long though and he had to pit again to swap to slicks after it was clear no further rainfall was heading their way. In hindsight, Mclaren should have split the drivers strategies, moving Magnussen onto slicks during the safety car period for example. Hindsight is a wonderful thing though and their move could have won them the race, had the weather altered in their favor.

The second safety car came on lap 23 after Sergio Perez’s Force India span out and hit the pit wall in the last corner. Perez exited the corner too wide and lost the back wheel on the smooth kerb. The collision took a piece of concrete out of the pit wall and a lot of carbon was left to clean up during the safety car period. Perez was obviously very disappointed and apologized to his team, the main thing though was that he walked away uninjured. Ricciardo made a decisive move, at this point, to stop for fresh boots, putting Fernando Alonso into the lead (it was the first time a Ferrari had lead a race this season).

Rosberg pitted for fresh tyres five laps later, fitting ‘softs’ with the intention of making another stop. Alonso and Hamilton waited until laps 38 and 39 for their own second stops, deciding not to pit again before the end of the 70-lap race. Hamilton’s stop promoted Ricciardo to the lead until his own final stop on 54, from which he rejoined fourth, behind Alonso, Hamilton and Rosberg. A few laps prior to this, Hamilton received a controversial radio message from his team, asking him to let his team-mate (Rosberg) through. Hamilton’s response was one that most of the F1 community agreed with – Rosberg was not in a position to overtake him…so…basically NO!

The closing 10 laps of the race were insane, the action was just non-stop. Ricciardo had reduced the gap to the leaders rapidly, from 6.6 seconds behind Hamilton on lap 57, to be right on the Mercedes’ gearbox just four laps later. Alonso was now struggling with worn ‘soft’ tyres, Hamilton was on slightly newer ‘medium’ tyres and Ricciardo was on relatively fresh ‘softs’. Rosberg, also on fresher tyres, was rapidly closing the gap to the leading three. Here we GO!

Alonso cut the chicane on lap 63, due to lack of grip from his tyres. He stuck his hand up as an apology but was not made to slow to eliminate the small advantage he had gained. This prompted Hamilton to complain that “Fernando gained an advantage” but soon that was the least of his concerns as Ricciardo began to pile pressure on with his extra grip. After a failed first overtake attempt, Ricciardo took second place with a sick move around the outside of Hamilton at Turn Two on lap 67. Carrying the momentum forward he simply drove past Alonso, who was really fighting his car at this point, to lead at the start of the following lap.

Alonso managed to hold off Hamilton in the last few laps and Hamilton also managed to hold off his team-mate to the flag. This was mainly due to one particular and clever defensive maneuver that forced Rosberg off of the track. Hamilton mentioned in a post-race interview that had he followed his team-orders and let Rosberg pass earlier, then Rosberg surely would have been able to pass him for third in the latter part of the race. Mecedes have now said they will rethink their approach to driver orders like this. Mercedes F1 boss Toto Wolff said: “We will not have that situation again because we will try to learn. “We cannot expect the drivers in the second half of the season to move over for their main competitor.”

What a race and incredible first place finish for Red Bull’s Ricciardo. With two wins in the bag, he remains the only driver to have beaten Mercedes this season. If you have any thoughts on the season so far, please share them in the comments below. See you after the break.