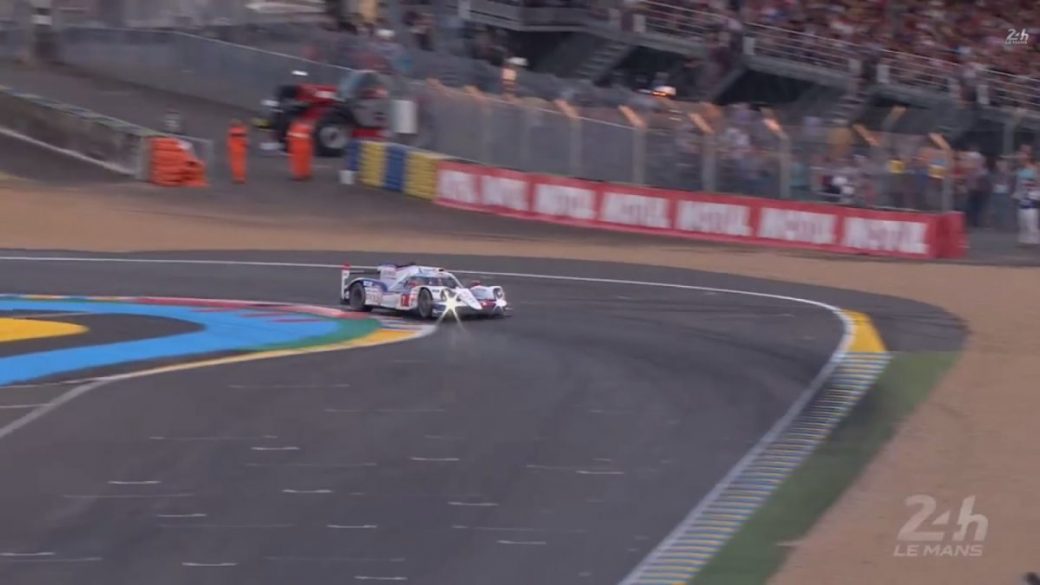 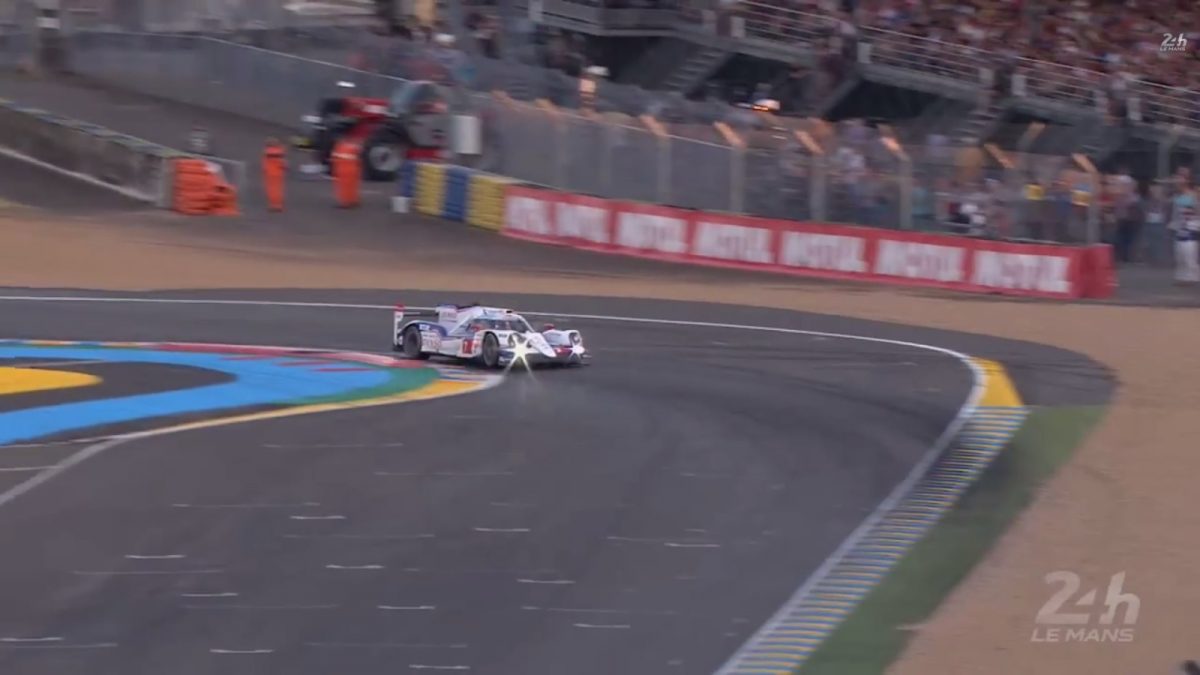 After an incident filled first evening of qualifying on Wednesday night, Porsche ended the session with the fastest time. Toyota were sitting in third having also experienced a loss of oil pressure resulting in the No.7 Toyota TS040 Hybrid, of Stephane Sarrazin, coasting to a halt. The second evening of qualifying was again marked by several incidents and was extended to two hours and 30 minutes due to multiple red flags early on. That’s where the similarities between the first and second qualifying days stopped – there was a surprise reshuffling of positions at the top.

Notable incidents include the off of No. 1 Audi R18 e-tron quattro driven by Lucas di Grassi and the accidents of Léo Roussel (Morgan – Nissan n°29 de Pegasus Racing) and James Calado (Ferrari 458 Italia n°71 d’AF Corse). With the No. 1 Audi car out of the running, the Audi squad seemed to have forgotten about pole all together, even though André Lotterer, in the No. 2 car, showed potential at the end of the final session. Hindered by a Slow Zone, the No. 2 R18 e-tron quattro driver cut his final run short.

This meant that the fight for the Le Mans pole position took place between Toyota and Porsche. After their great performance in the first qualifying evening, Porsche once again showed good speed. However after Toyota’s Kazuki Nakajimaa clocked a lap at 3:21.789, the No. 7 Toyota TS040 Hybrid took the top spot on the starting grid. It marked the first pole, in the 24 hours of Le Mans, for Toyota since 1999 and the first non-Audi in the top qualifying spot since Peugeot in 2010!

Nakajima’s flyer of a lap happened early in the third and final qualifying session,  The Toyota driver improved on his 3:22.589 lap from Qualifying 2, which had already put him in provisional pole. The No. 8 Toyota of FIA WEC points leaders Anthony Davidson, Nicolas Lapierre and Sebastien Buemi will line up third overall and in LMP1-H, thanks to a 3:22.523 lap time by Buemi, also set in the third session.

Romain Dumas in the No. 14 Porsche 919 Hybrid bested his previous fastest lap with a 3:22.146 lap-time to place Porsche in second position and deny Toyota a complete sweep of the front row. A good result for the Porsche team.

Audi, which had claimed pole for the last three years, will start fourth, sixth and seventh after a turbulent past 24 hours, particularly for the defending race-winning No. 1 Audi R18 e-tron quattro of Tom Kristensen, Lucas di Grassi and Marc Gene after Loic Duval crashed the No. 1 car in Wednesday’s practice session.

So Porsche are back and positions have been reshuffled on the starting grid. Tomorrow, the driver’s parade will take over downtown Le Mans for the final festivities before the race. The start of the 82nd edition of the 24 Hours of Le Mans will be given, by F1 driver Fernando Alonso, at 3p.m. on Saturday June 14th.