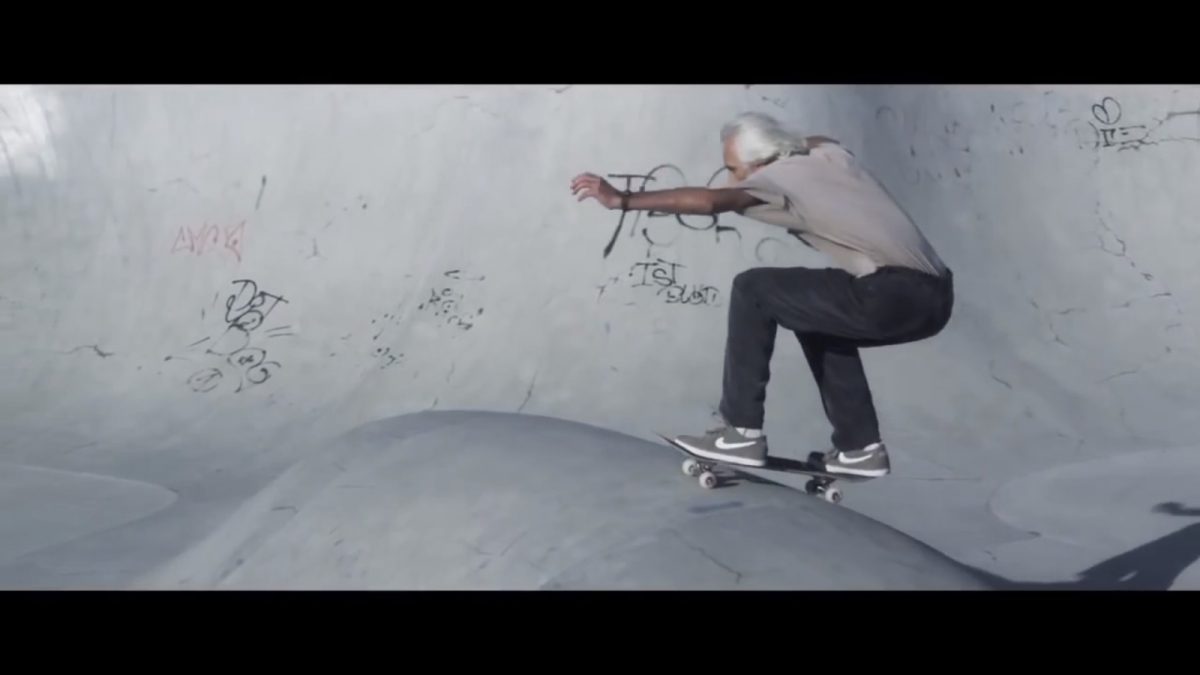 Neal Unger is a 60-year-old skateboarder who only recently took up the sport and now spends much of his time shredding his local park. This mini-documentary gives us a glimpse at a day with Neal at the skate park.

There are so many inspirational quotes I could have pulled from the film but I think this one sums up Neal’s attitude perfectly: “How old can I get and still act young?”

Not only does Neal prove that you are never too old to start skateboarding, or any other sport for that matter, but he also shows that so much more can be gained from the sport than the “non-skateboarder” might think.

Neal says that skateboarding is a platform where he can experience the most interesting parts of his mind. It’s an activity where the “noisy” part of his mind switches off, to some extent. He also mentions that what he learns from skateboarding and this feeling of quietness can be applied to other parts of his life—his friends, family and even as a tool to break bad habits.

Update: More recently, Neal appeared in the music video for The Moth & The Flame’s (TMTF) “Young & Unafraid”. Aside from being a brilliant track in its self, Neal’s signature slides and boneless tricks provide the perfect accompaniment and resonate the message behind the song.

His main goal is to continue to be able to skateboard on a daily basis. So keep shredding Neal!