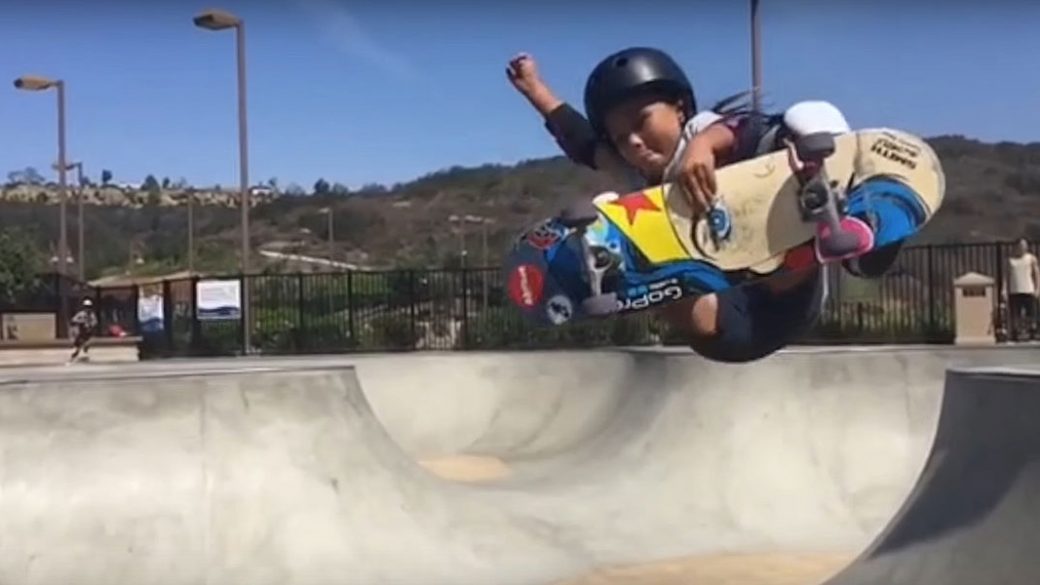 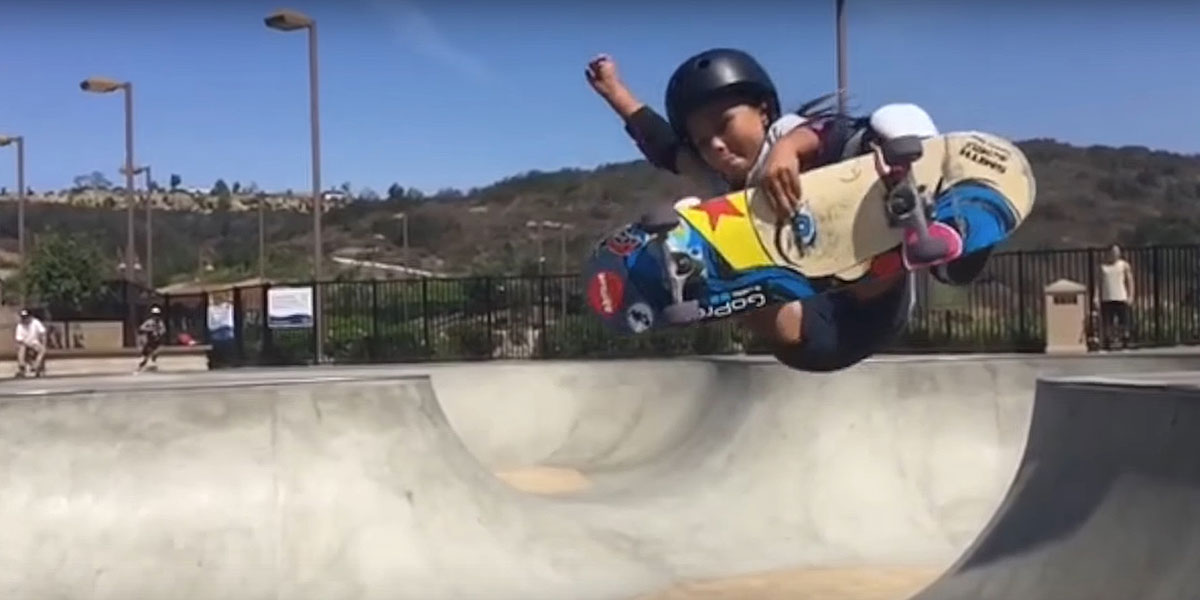 Sky Brown is an 8 year old skater girl from Miyazaki, Japan. She’s been skating since the age of three. In July this year, she was the youngest ever person to compete in the Vans Open Pro Series during its Huntington Beach (CA) leg. Now, she’s got big plans to help other young people achieve their dreams.

Brown is incredibly talented. She rides bowls without a moments hesitation and performs tricks even some of the pros have difficulty with.

Her skateboarding prowess has led her to become a social media sensation. Her Instagram account (managed by her mom) has over 67.1K followers and each post shows Brown doing what she does best. Alongside her little brother, Ocean, the pair explore different cities on skateboard, meeting up with locals and spreading their love of the sport.

It was through exploring different cities and seeing the levels of poverty that people face that Brown decided to launch a crowdfunding campaign. Called “Skating for Change”, the crowdfunder seeks to raise money to help vulnerable children. Of the campaign, Brown said:

My goal is to inspire and empower children that are in vulnerable & dangerous situations. I hope to go with my family to as far as Australia, Africa, Afghanistan and Palestine. I know I can make a positive impact on the children’s lives by using my skateboard. But first things first I plan on starting with the roughest areas of LA.

My first mission is to connect, talk and skate with children in very low income areas around LA. I hope to inspire them with skateboarding and show them that whatever their dreams are, if they do their best then anything is possible… I also hope to encourage kids to stay in school and most of all realise that they are special and can do anything that they dream [of].

It’s really awesome to see Brown using her passion to effect change. At such a young age, she’s got so much potential and we’re going to support her all the way. Find out more about the “Skating for Change” campaign