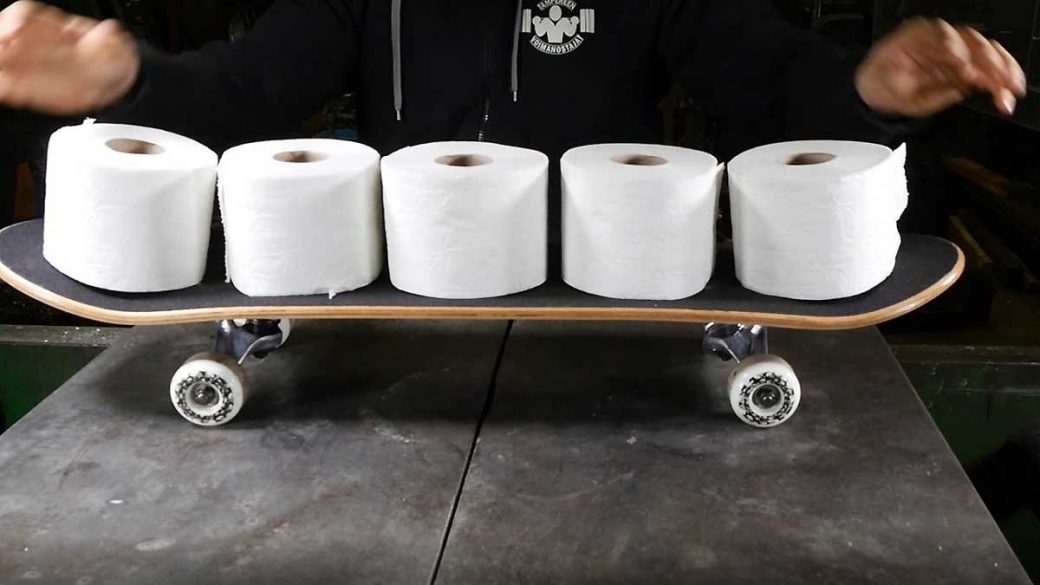 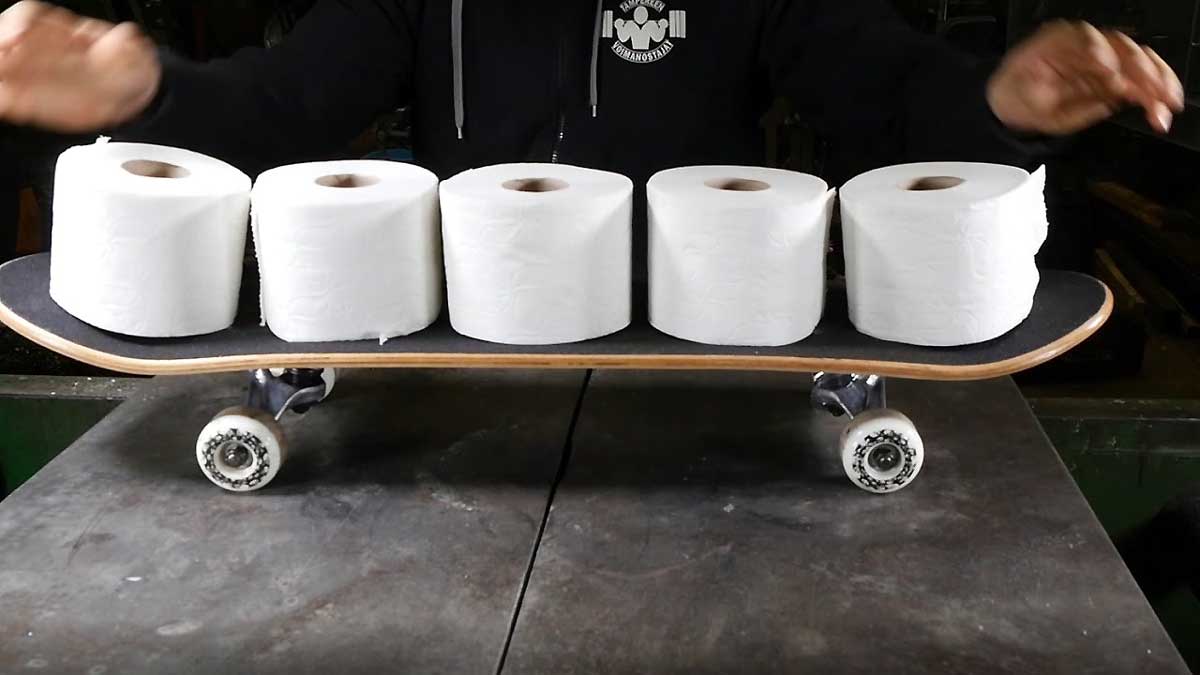 You know when you have a spare moment… and your mind kind of wanders. And you think, I know what will be a good idea. Yeh, that’s it. A skateboard made of toilet paper! Yeh, cool idea.

Well it turns out the team behind Finnish YouTube channel, Beyond the Press, had the exact same thought.

Lauri Vuohensilta, the guy behind Beyond the Press, initially founded his first channel, The Hydraulic Press Channel, on YouTube to entertain viewers by crushing “stuff” with a hydraulic press. Beyond the Press, his second venture, continues with his initial adventures and also includes “non-hydraulic” actions including building a death ray…

On 28 December, Vuohensilta released his latest video showcasing his wacky idea of creating a skateboard from toilet paper.

After a good nine minutes of crushing five toilet rolls, Vuohensilta manages to create something that barely looks like a skateboard… perhaps more like the sole of a giant flip flop. Regardless, add some wheels and we’d take it for a spin. Why not?!