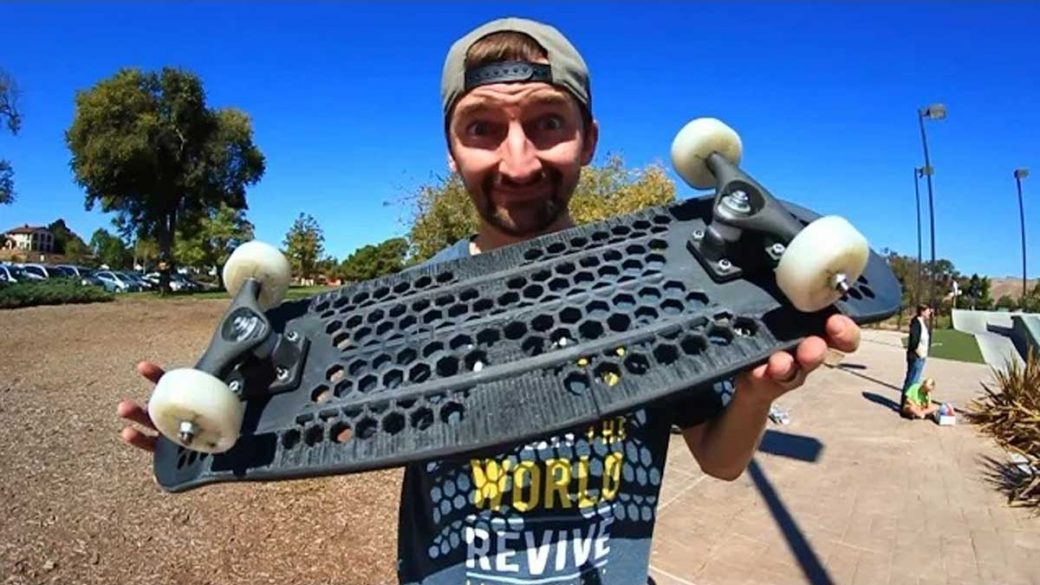 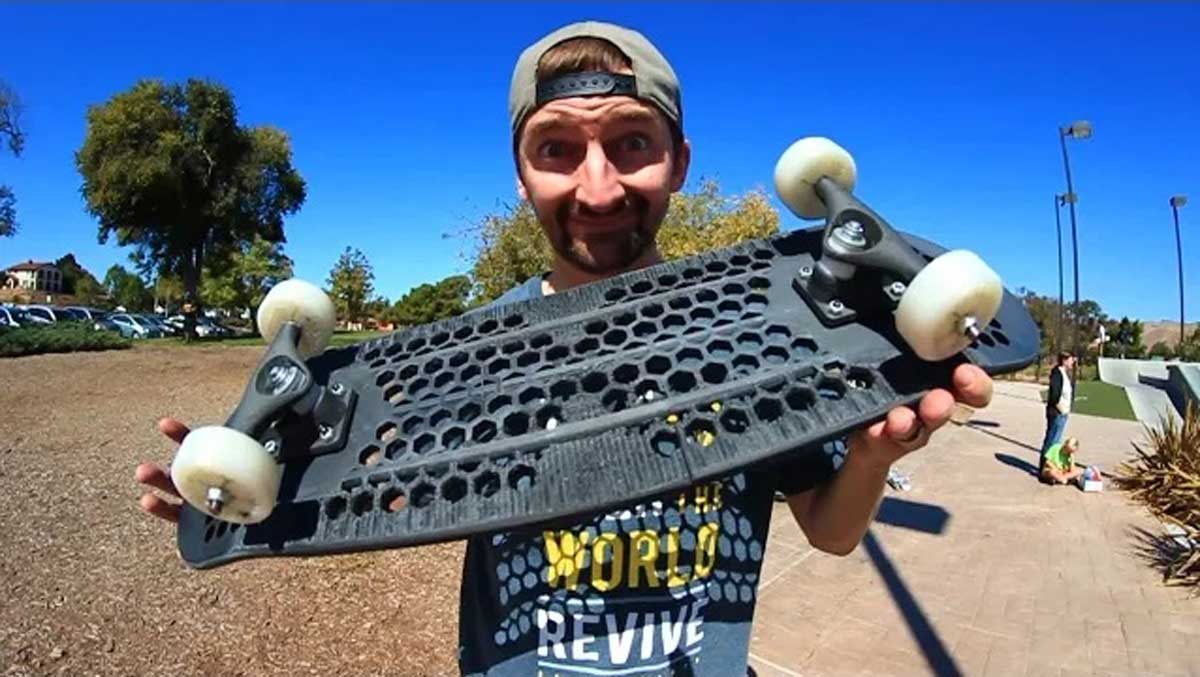 Once an unknown entity, 3D printing is quickly becoming the most talked about thing in the sports manufacturing world. With many companies exploring the next thing to print, many discussions have surfaced surrounding the potential capabilities of 3D printing.

In 2014, Sam Abbot, a 3D print designer from Amsterdam, 3D printed an actual skateboard (see featured video). While the board was not actually functional—since, at the time, 3D printers were unable to print something of that size—it planted the idea for printing fully customizable boards in the future:

Now, only two years later, San Diego-based 3D printing company, SD3D, has created a fully functional 3D printed board that works like a dream—kinda! The team sent it off to Braille Skateboarding for a test run:

The board is made entirely with 3D printing technology, including the deck, trucks and wheels. Constructed from a carbon fibre nylon material, the hexagonal pattern in the board also allows for some flexibility.

Of the board’s construction, the brand said:

There were a lot of complications that came with this new territory, the most daunting being the bearings.  We had thought of printing the bearing separately, but we found those to be very breakable and hard to print small enough.

The trucks of the skateboard [also] became an issue for us, since we really wanted every part to be entirely printed.  The body of the trucks (baseplate and hanger) [were eventually] printed in Carbon Fiber Nylon by 3DXTech.  This is the highest tensile strength of any material we currently work with at 9,267 psi.  We figured this would be best for the trucks since we wanted strength and not much flex (elongation is 4.04%).

We thought that PCTPE by taulman3D was perfect for the bushings.  The bushings need to be a bit softer of a material, while still being strong in order to allow for turning without breaking.  We did some tests on these guys and we believe they should hold up to some impact tricks.

With 3D printing technology developing so quickly, the possibilities for future constructions are seemingly endless.  While Canadian Maple is currently the preferred material for skateboard construction, 3D printing could highlight the capabilities of new materials—which allow for greater control, grip, strength or flex in skateboards.