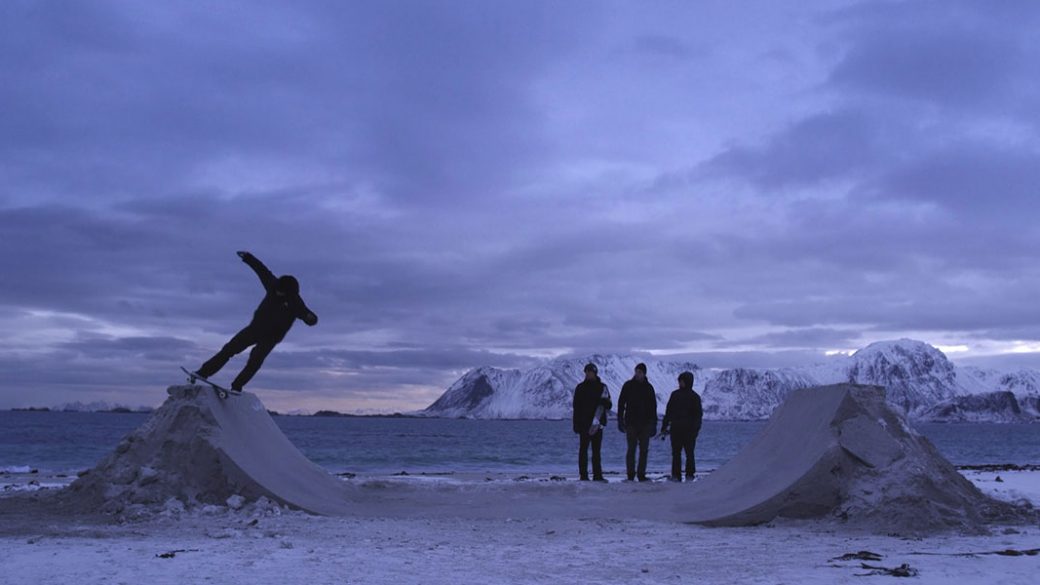 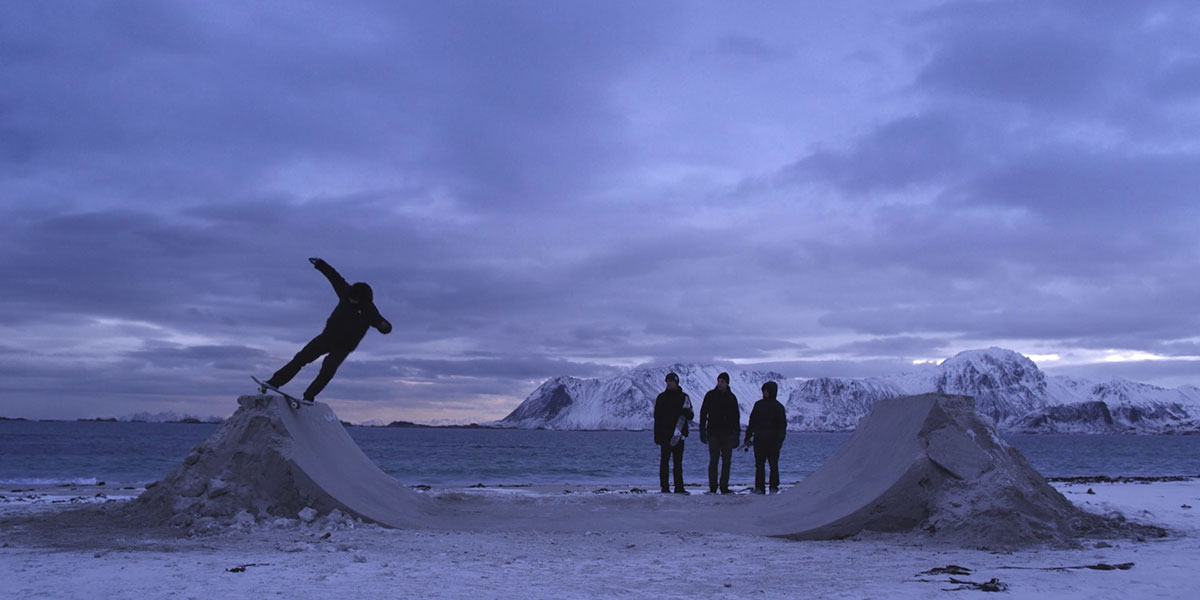 Skateboarding is constantly evolving and skateboarders are always looking to try new things—pushing the limits of the sport—whether it’s experimenting with new ‘boards’, like the guys at Braille Skateboarding, or finding new places to skate. This time, in Jørn Nyseth Ranem’s latest short film ‘Northbound’, four skaters take to the beaches of Norway and prove skating on frozen sand is both possible and beautiful.

The story follows four skateboarders as they arrive at the frozen coast of Norway’s Lofoten Islands and find the subzero temperatures have turned the sandy beach rock solid. The guys explore the beach, testing out the new surface under their boards and even try out a make shift half pipe created from the frozen sand. Norway’s frozen mountain peaks and the hazy pink and blue sky provides the perfect backdrop to this story of friendship, exploration and adventure.

On the idea behind the film, Ranem tells Vimeo:

I got the idea four years before it was set in motion. I was out surfing in northern Norway on one of the coldest days of the year—when I came back up on shore, I noticed that the cold weather had turned the sand rock solid and the idea was born. After some years, the idea had been in the back of my head, and it grew bigger and bigger each time I thought about it. After a while, the idea had evolved from just skating directly on the sand to also trying to build a full scale mini ramp.

When asked about the perfect temperature for the shoot, Ranem continues:

The perfect temperature is as cold as possible! When we filmed, the temperatures were between zero and -10° C at the lowest. The temperatures never drop very low by the coast and that is why this project was so difficult to do. If we travelled just 15 minutes by car inland it was 10-15 degrees colder. You never know how the weather behaves by the coast.

Read Ranem’s full interview with Vimeo and discover how the team created the mini ramp.