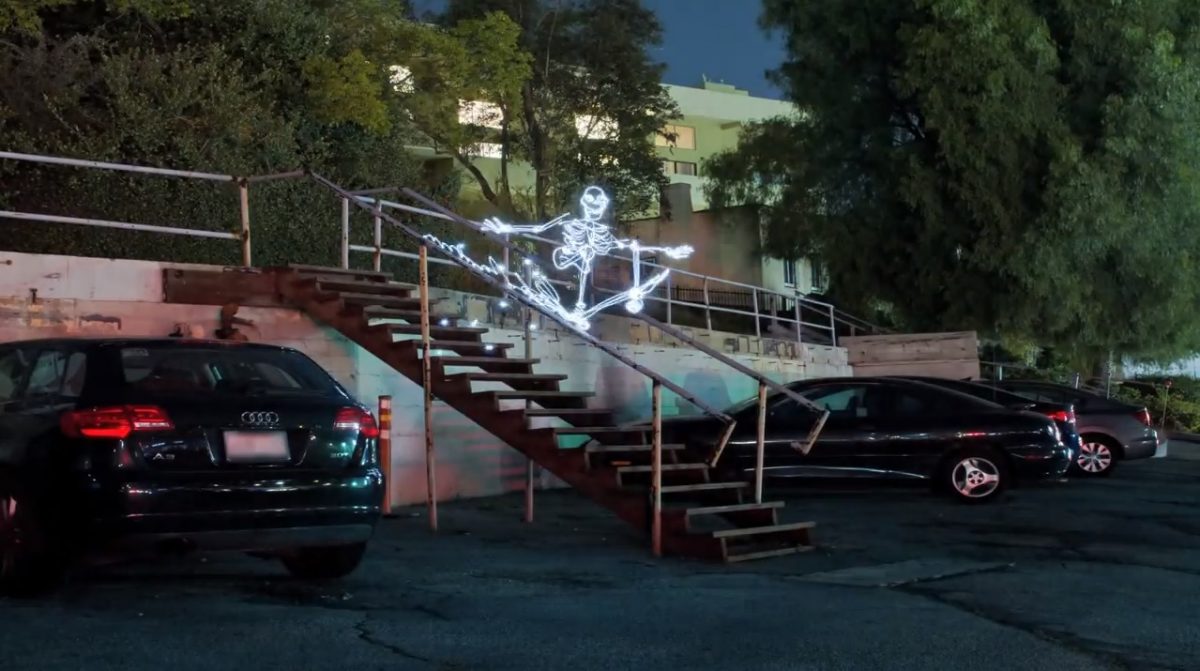 “You’re never to old (or dead in this case) to skateboard” is how artist and film maker Darren Pearson describes his short film of a skeleton tearing up the streets of Los Angeles, San Diego, San Pedro, Austin and Yosemite.

Pearson created the stop-motion film by editing together 700 photographs each created using a technique called light painting. This involves Pearson taking a photo of himself with a camera on slow shutter speed. While the camera is taking the photo, he draws a picture (in this instance, a skateboarding skeleton) in thin air uses an LED light directly at the camera. The result is a stylish edit, with impressive attention to detail, showing the skeleton tweaking out his ollies and leaving trails of sparks flying during grinds.

“Having skateboarded most of my life, I wanted to pay homage to some of the most amazing professional skateboarders I’ve seen first-hand and in magazines/videos,” said Pearson to the HuffPost.