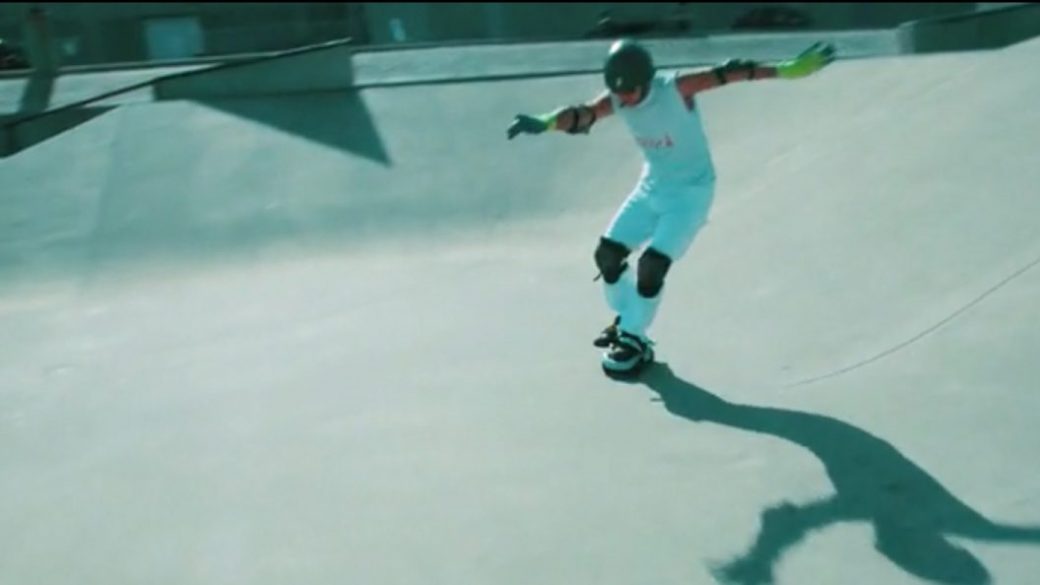 A team from Canada have invented a device that combines rollerskates, scooters and skateboards into one shoe!

Called the Rockit SFS (Single Foot Skate) the team, led by Canadian inventor Luis Duarte have created the device which then attaches onto a shoe and allows the user to ‘skate’ around. When asked what inspired the creation, Duarte says “My story all began when I purchased a pair of shoes with wheels and discovered the shoe’s axles were directly under my toes, which was a very uncomfortable design. I couldn’t help but think there was a better way to design these type of shoes. I first started by inserting plexi-glass into the sole of the shoe and tested it with riding just one shoe at a time. Thinking… what if there was a design that would allow one shoe to be used for either foot?”

With the aim of creating a new greener form of transport and appealing to a broad market, including extreme sports, commuters and children, the Rockit skate straps over any type of shoe and is compact enough to fit in backpacks and lockers. The low centre-of-gravity design has been focused around safety for all ages.

The skate works by strapping in one foot and pushing with the other and has a handy foot rest on the back to place the pushing foot when you reach momentum. Duarte said: ‘Rockit SFS is simple, compact, safe, user friendly and a lot of fun. Why walk it? When you can Rockit? ‘It gives you better control and mobility. You can jump on the bus without stopping to take off the skate, go up and down stairs and kerbs without having to pick up a skateboard or sit down to change inline skates for shoes. We expect it to appeal to the more ‘extreme’ users as well, creating a sub-culture of XSFS enthusiasts who will develop new tricks and manoeuvres.

The skate is created by an injection molding process. Duarte reveals, “this is an expensive start-up, but the most cost-effective method in the long run. This is the only method we have found that will work to keep retail prices affordable for the broader market of riders.” In order to fund the project, the team initially launched a crowd funding campaign on Kickstarter. Recent reports reveal that they have cancelled their current campaign and according to their Facebook post, at the end of January, are looking to launch a new campaign with new goals and rewards in the upcoming months. Stay tuned for more information on this story.