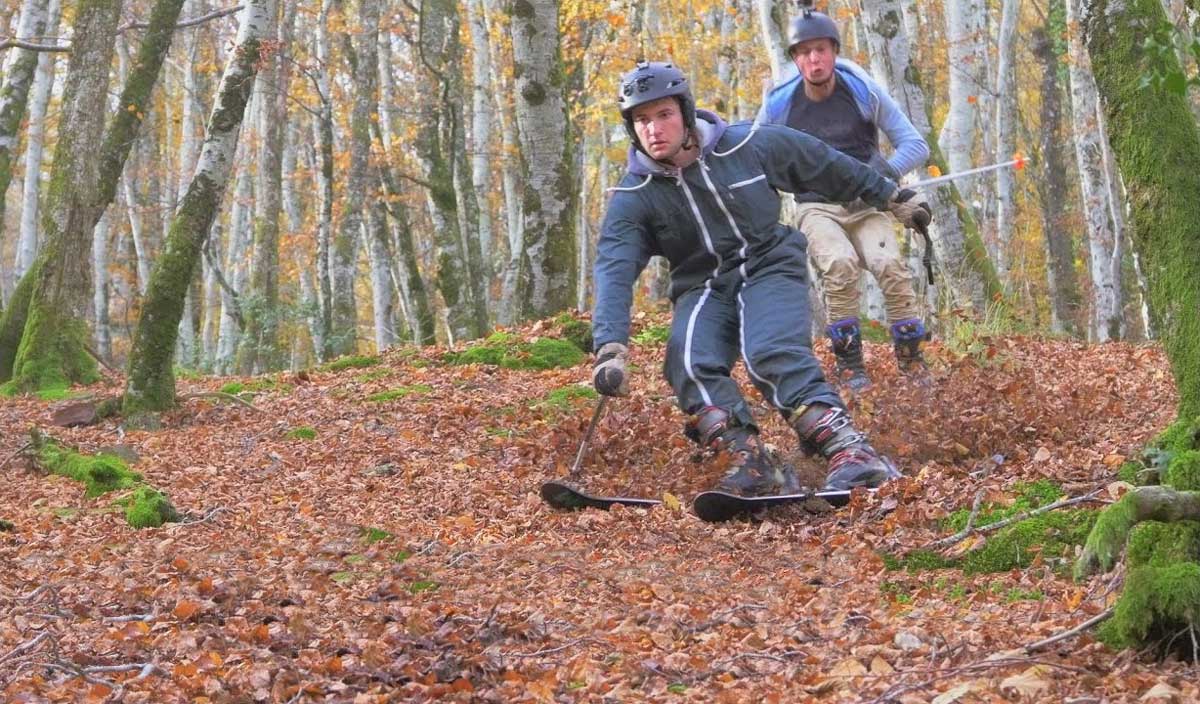 With about a month left to the ski season across Europe and most of North America, most of us will be thinking about putting away our skis and snowboards for the summer.

However, there’s a new craze sweeping the snowsports world—with athletes and weekend warriors alike exploring new ‘snowless’ surfaces to ski on, during the off-season.

Back in 2015, an impatience Candide Thovex proved that he didn’t need to wait until winter to ski. He’s since teamed up with the guys at RadCow, an action sports YouTube outfit, to recreate this experiment.

The story behind this mad ski edit is as follows:

While Candide Thovex was eating a slice of bread with french pâté before starting a skiing session in the leaves, a wild inhabitant of the Cantal steals his snack…

…A ski chase between the two idiots follows in the woods.

Hoping that the snow will fall soon to avoid damaging the skis more!

The autumn leaf fall provided an effective replacement for snow, but it’s not the only ‘snowless’ surface that’s been skied on. In another recent video, a pair of snowboarders had a blast, converting their snowboards into grassboards, at the end of the ski season. Others have even skied down volcanoes!

So, if you’ve got an old pair of skis that you don’t mind getting shredded, then perhaps the summer doesn’t have to be the end of your ski season after all.