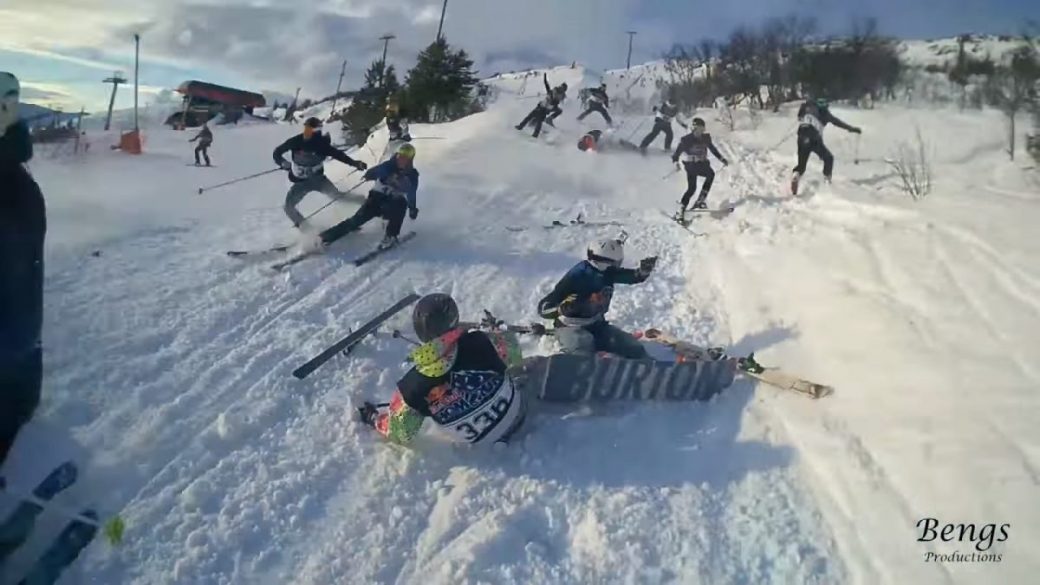 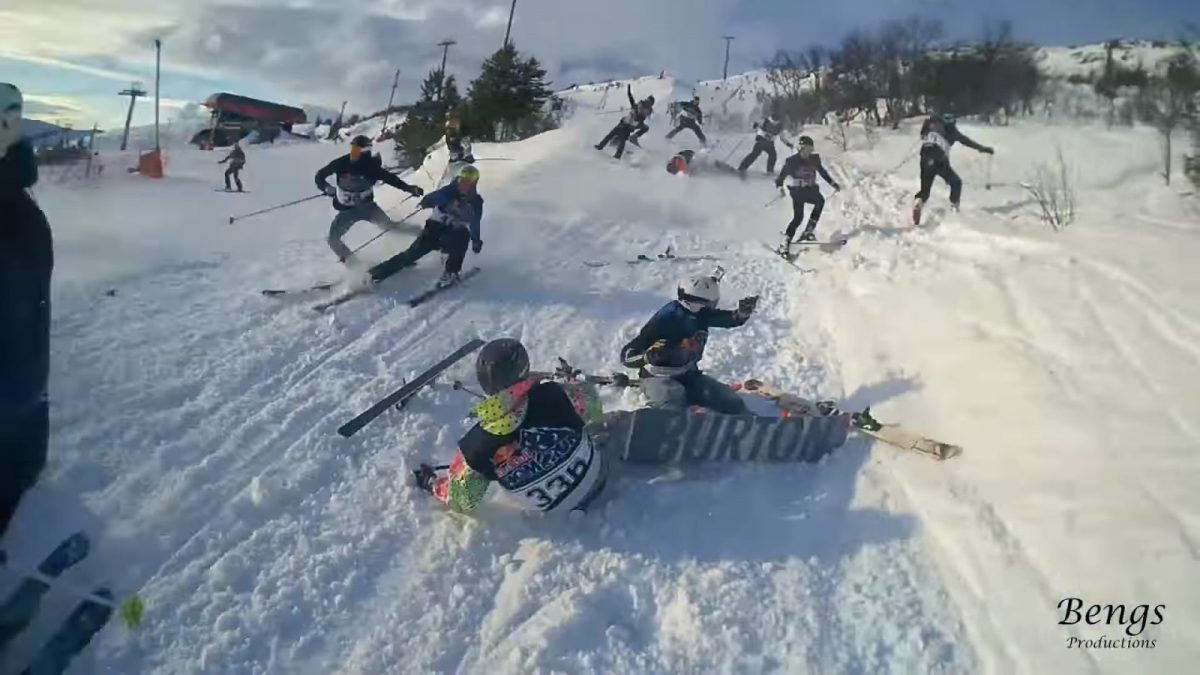 This is Red Bull Homerun 2016, as seen by Snowboarder #92 Joel Bengs and skier #93, Johan Henriksson, dressed as Superman.

Red Bull Homerun is an annual downhill race held in Åre, Sweden. 500 competitors start at the same time. They run a short distance to their skis before taking part in this massive downhill. The finish is at the bottom of the mountain, right next to Timmerstugan after ski. The fastest one down gets to party on the roof of the after ski, with both chamagne and glory!

The crash in the video is the same crash that went viral on Facebook and Instagram just days after the race, with several milion views.

As Adventure Journal puts it: “The downside of a Chinese downhill, er, Red Bull Homerun is, well, this: massive mayhem, with bodies, boards, and skis flying every which way. Or would that be for viewers the upside?”