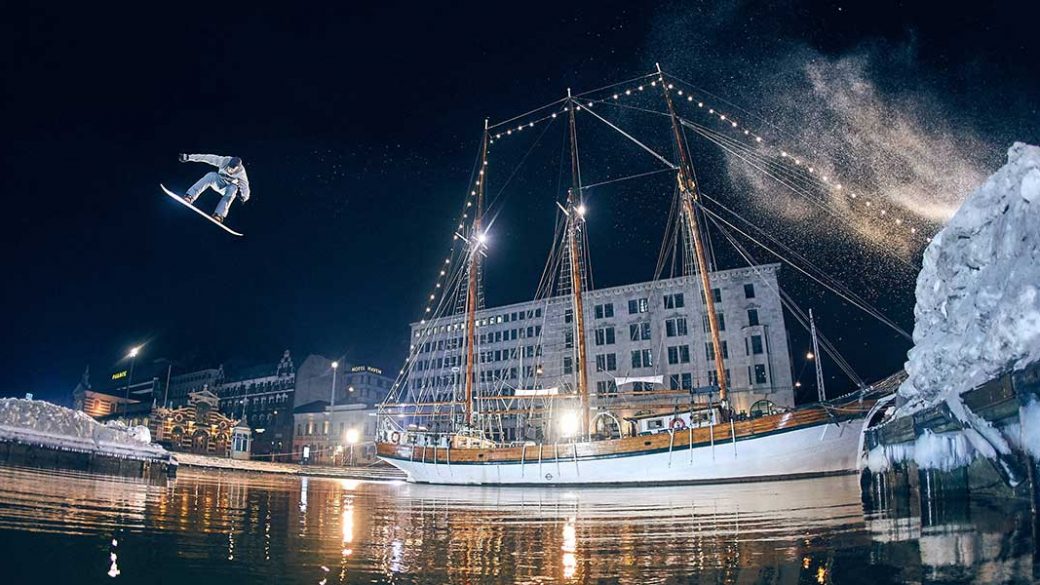 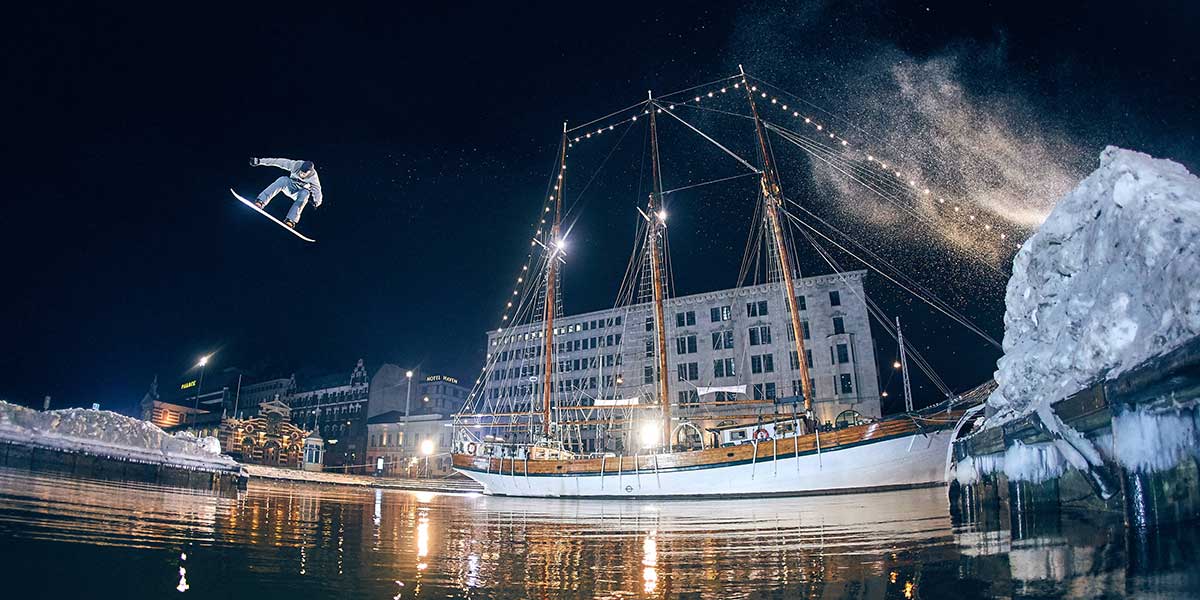 When Helsinki’s city dwellers had packed up for the day and were all in bed, for one night only, countryman Eero Ettala took to the city for a snowboarding session. But it wasn’t just any snowboarding session. Using some of the capital’s most iconic landmarks as a backdrop, Ettala whipped, slid and carved his way around for an epic ‘night on the town’.

With a little help from Red Bull, Pablo Films and Heikki Sorsa, Ettala’s daring tricks and jumps were caught on camera:

Starting at the Helsinki Ice Hall, Ettala opens with an epic wallride on the colossal bas-relief statue before moving on to the Museum of Contemporary Art Kiasma and the city’s most famous landmark, Helsinki Cathedral.

Ettala, who planned the whole backdrop and the tricks he performed, told Red Bull:

I wanted to present Helsinki in a new way and show people how different architectural locations can be transformed into snowboarding spots. Your average Joe sees places differently than us snowboarders.

As a resident of the city, Ettala knows it like the back of his hand and this meant every shot had to be perfect. So much so, he continually shovelled snow to create the perfect kickers:

The kickers have to be exactly the kind that I need, the landing has to work and my knees need to handle the landings. So if anything happens, there’s only myself to blame. Building kickers is not rocket science—everyone has their own opinions about kickers, what they should be like. My kickers must have my kind of profie that is just so.

A major problem for the crew proved to be getting the right angle. Ettala, who usually got every trick right on the first go, was often told to repeat tricky moves to allow the cameramen to test angles for the perfect shot. Jyri Paajamaa, the film’s producer from Pablo Films, said:

Eero is super pro in everything he does. What makes it challenging for us is the fact that we don’t get to test the different angles until Eero tries the trick for the first time, and he usually lands it on that first try. We then have to go and ask if he wouldn’t mind doing it again! On the Market Square for example, Eero jumped across the Cholera Basin on the very first go, and we did have to ask for a re-jump so that we could get all the camera angles right.

It was a repeat this particular night owl—who was totally in his element—did not mind.