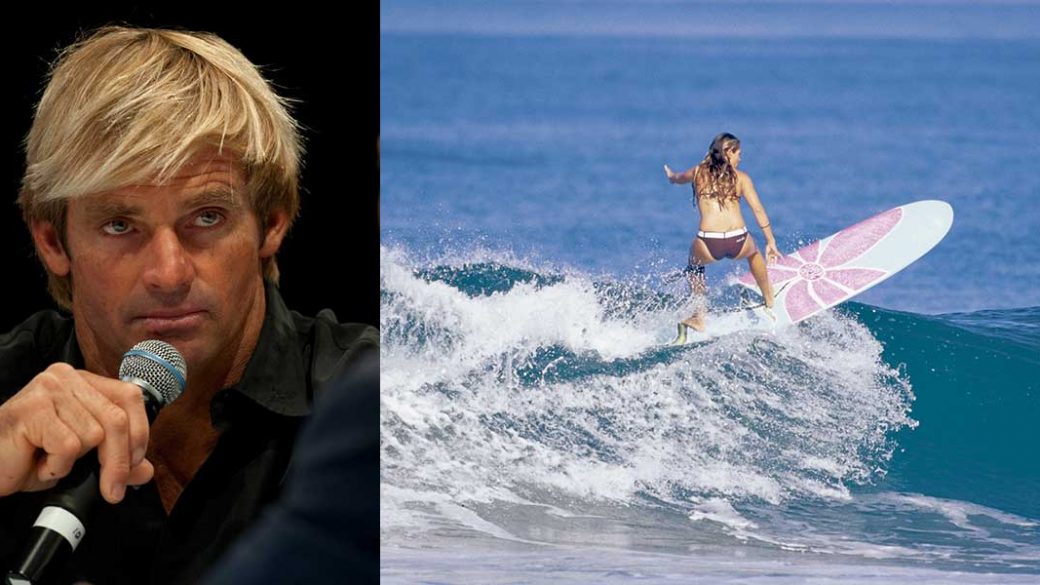 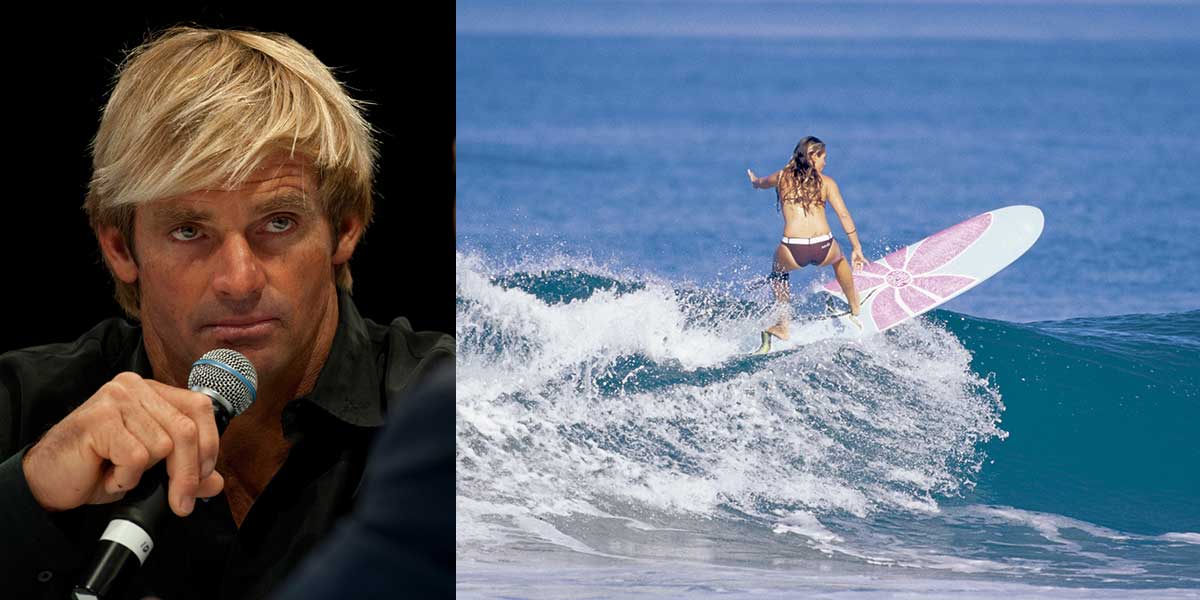 World renowned ‘waterman’ Laird Hamilton is known as the guiding genius of crossover board sports. He’s largely considered the primary influence behind many surfing innovations, including tow-in surfing, stand-up paddle boarding, and hydrofoil boarding. As an icon for big wave surfing, he pretty much knows all there is to know. But when a news crew recently asked him about why shark attacks happen, he made some pretty controversial comments that many would disagree with.

The biggest most common reason to be bitten is a woman with her period…which people, they don’t even think about that. Obviously, if a woman has her period there’s a certain amount of blood in the water.

He then continued to cite other possible reasons and said:

So, obviously, if you’re a fisherman with bloody fish in the water, or you’re in a position where you’re mistaken as a seal, these are all incidents to increase your odds.

It’s kind of like running around with a lightning rod and wondering why you were stuck by lightning.

Surfing on your period

The jury is out about whether surfing on your period puts you at greater risk of a shark attack. Unlike the study into whether bears are attracted to menstruating women, which apparently they aren’t, there hasn’t been an official investigation into whether sharks are. While some shark experts would argue there is a connection, some think it has no impact at all.

A study in the 1960’s by Ralph S. Collier, a shark behaviour expert, began to explore this connection. Unfortunately, it was stopped due to the lack of funding. But, as reported by nonprofit news organisation Mother Jones, Collier and his team began by introducing several human body fluids—including menstrual blood—to captive wild sharks to see if any would elicit a feeding frenzy. The only one that did cause such a reaction was peritoneal fluid—the liquid found in our abdominal cavity.

Likewise, he was unable to find any scientific data that confirmed human blood to be an attractant to sharks. “Our blood is different from a sea otter’s blood or cetacean blood,” he said. “Our blood is from a terrestrial environment.” Using the data he had collected, Collier theorised that the scent of human blood doesn’t send the message to sharks that there is an animal in distress nearby.

Thinking logistically, thousands of women surf every day while on their period. Many would do so using a tampon—meaning it would be highly unlikely for blood to seep out of the body and into the water. Likewise, statistically, sharks are nine times more likely to kill men than women, according to a recent study in Australia. This suggests sharks are more likely drawn to the shape of a board, mistaking it for a seal, or other factors, rather than being drawn by the scent of menstrual fluid.

The jury is still most definitely out. But seeing as there is no concrete evidence, suggesting sharks are drawn to women on their periods just like they are drawn to fishermen with bloody fish, is a big overstatement from Hamilton.

Featured image of Laird Hamilton during an interview and of a girl surfing. Photo: Flickr and CreativeCommons