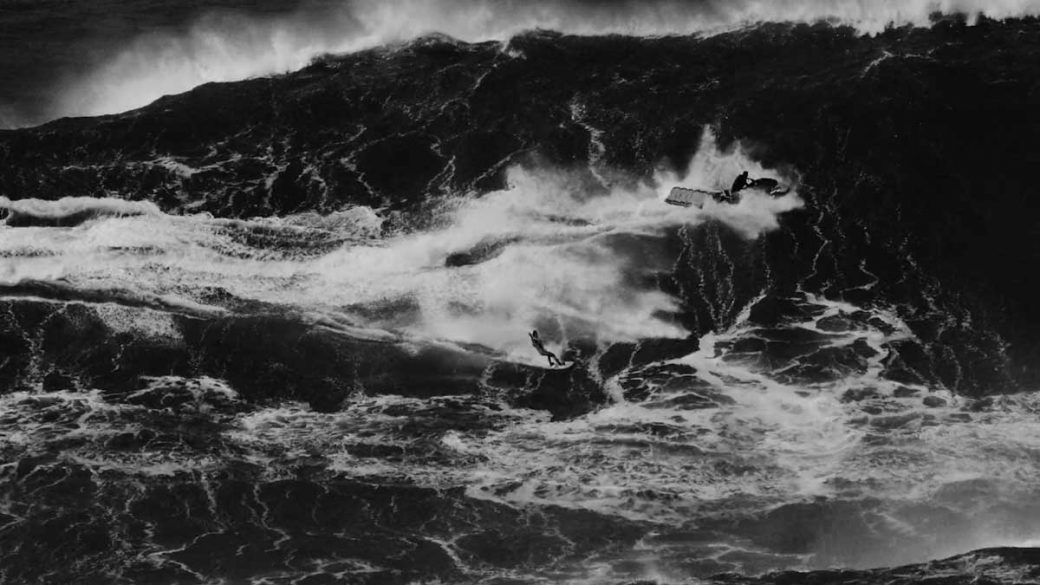 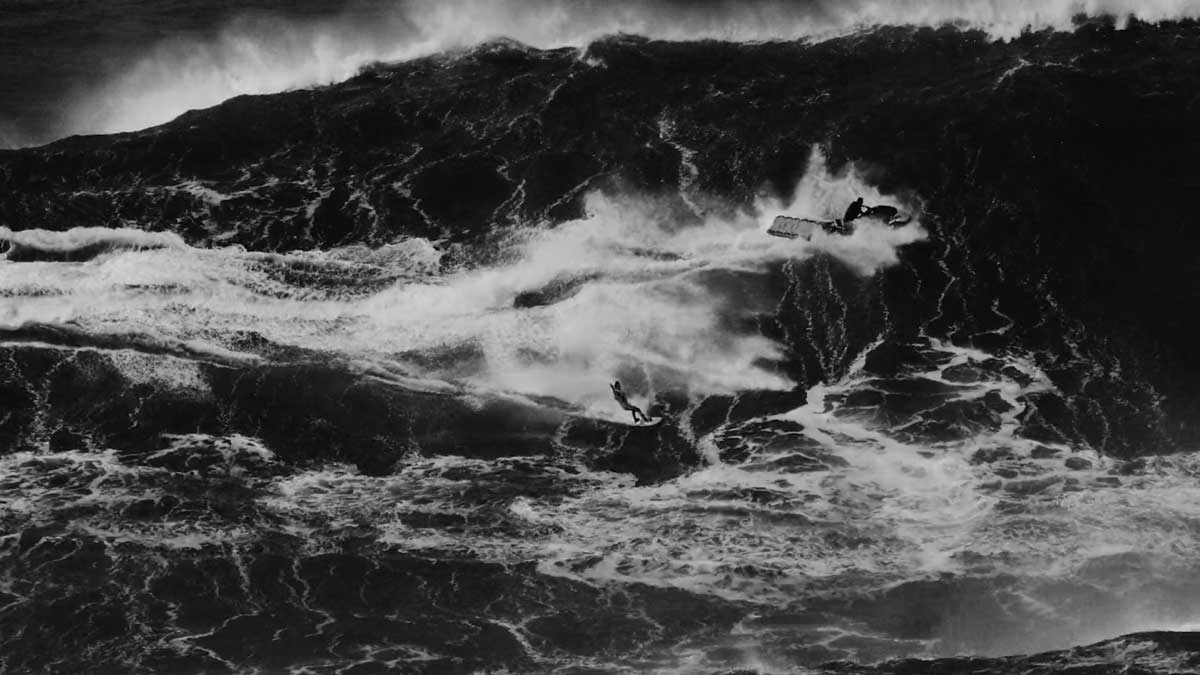 Portugal’s Nazaré is synonymous with big wave surfing—you can’t think of one without the other. Countless records have been broken at the impressive location, and this winter has continued the trend with huge, monster swells providing an ample playground for those brave enough to surf here.

Filmmaker Kylian Castells and art director Hector Menendez have taken on the challenge of capturing the drama of this winter’s big wave surf scene. With ‘Black Carnival’ they’ve succeeded—producing an epic short tribute to Francisco Porcella’s incredible bomb, a wave that’s already made him the frontrunner for XXL Ride of the Year.

The surf short focuses the viewers attention by rendering the scene in stripped-down black and white, and by pairing the visuals with a minimalist soundtrack courtesy of ‘daydream nation’ by Dark Jazz trio Here.

So far the video has received high-praise from the community, having received a Vimeo Staff Pick award. One commentor wrote:

Great edit, something different with stark black & white and minimalist music. Most original surf short I’ve seen in a while.