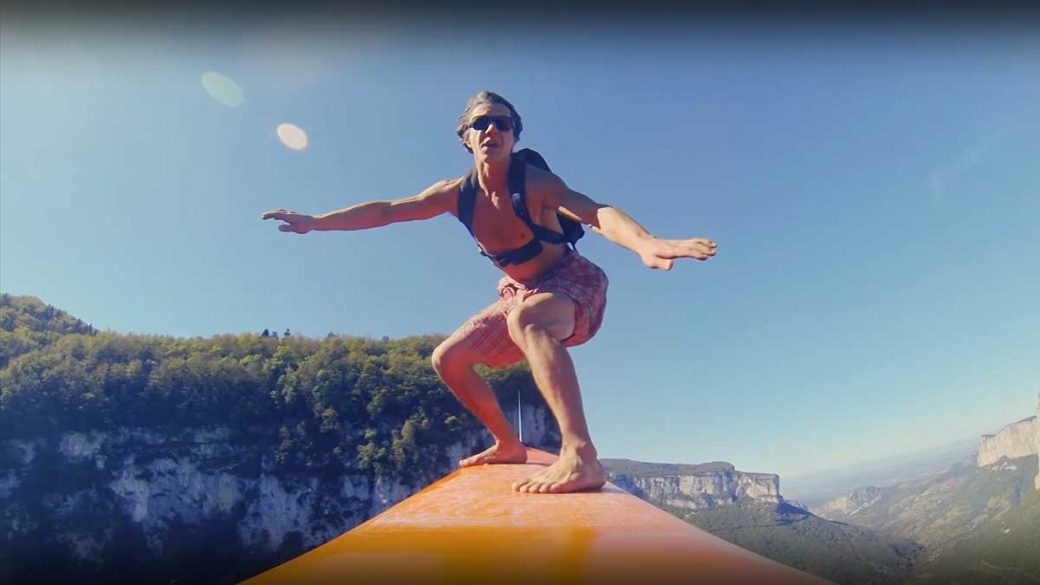 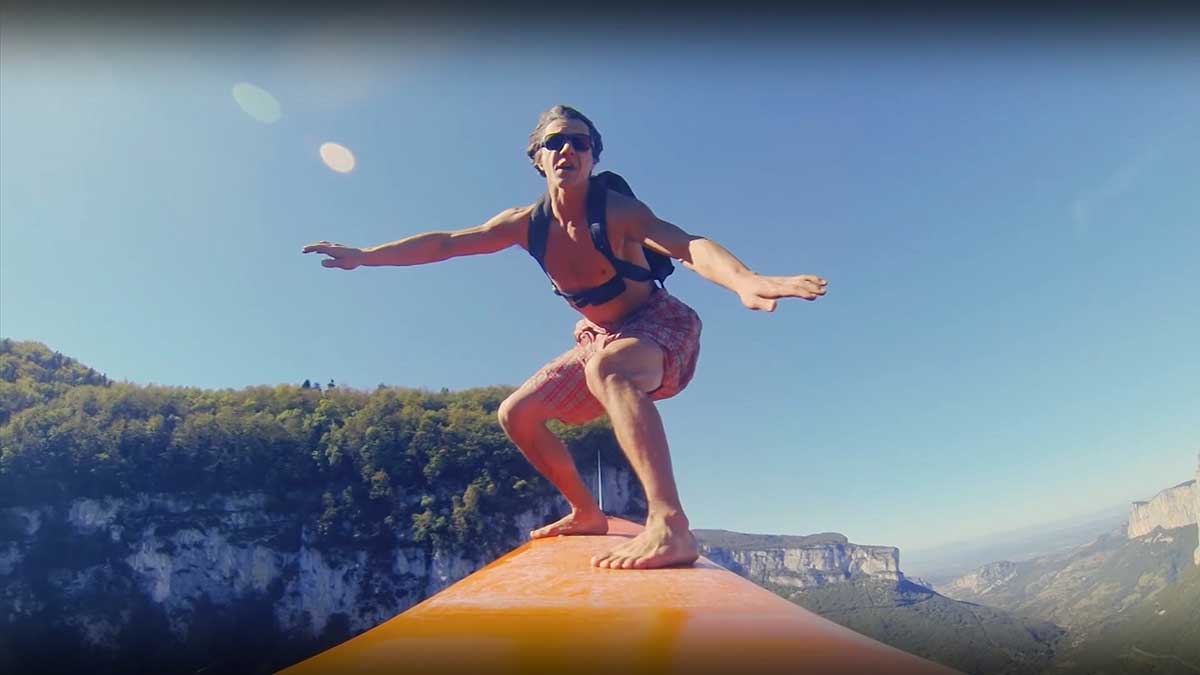 A team of French daredevils, known as The Flying Frenchies, have teamed up with Red Bull for their latest stunt.

The YouTube sensations took to the Vercors Massif (south eastern France) for their latest high flying trick. This time, the team took on a challenge no one else has ever attempted. To ‘surf’ 600 metres in the air.

After strapping a surfboard onto the high line, members of the team mount the board to ‘ride’  the gorge. The ‘surfers’ did not have a harness, but were equipped with parachutes.

Reaching up to speeds of 75 km/hour, the surfers manage to look incredibly graceful given the circumstances. After managing to stand up for a few seconds, they then BASE jump to safety. The video has been watched by 300,000 people on YouTube so far.

The team are well experienced but certainly push the limits on dare devil stunts. Their previous challenges include being the first to jump with a wingsuit from the Pilier Central du Freney, near Mont Blanc, and high-lining between Ravanel Mummery peaks (3696 m above sea level).

This stunt is the latest from Red Bull,  a brand known for pushing the limits on extreme sports and mixing fun with fear. We’re looking forward to watching more from The Flying Frenchies and hoping the collaboration continues.