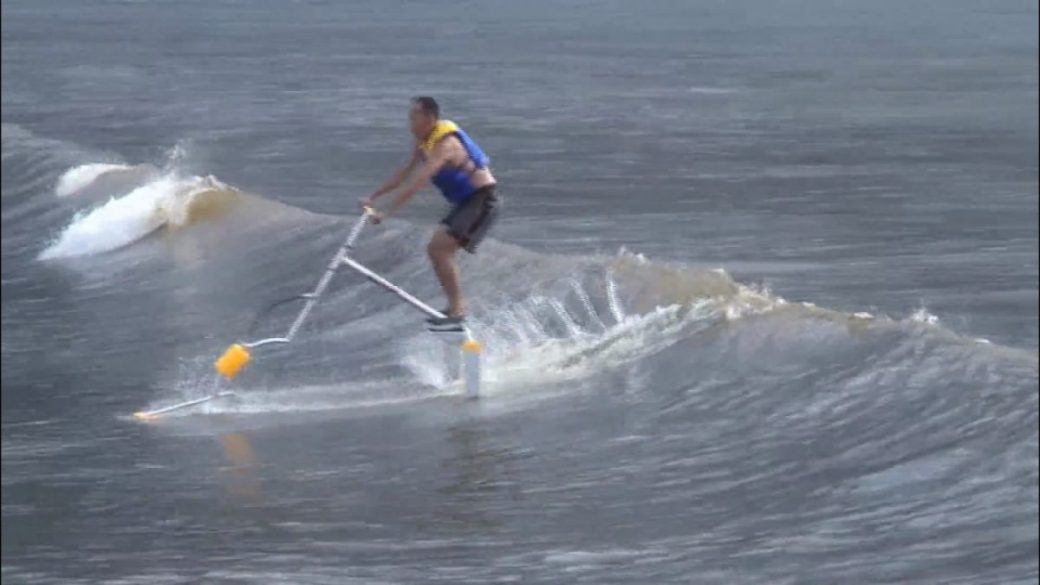 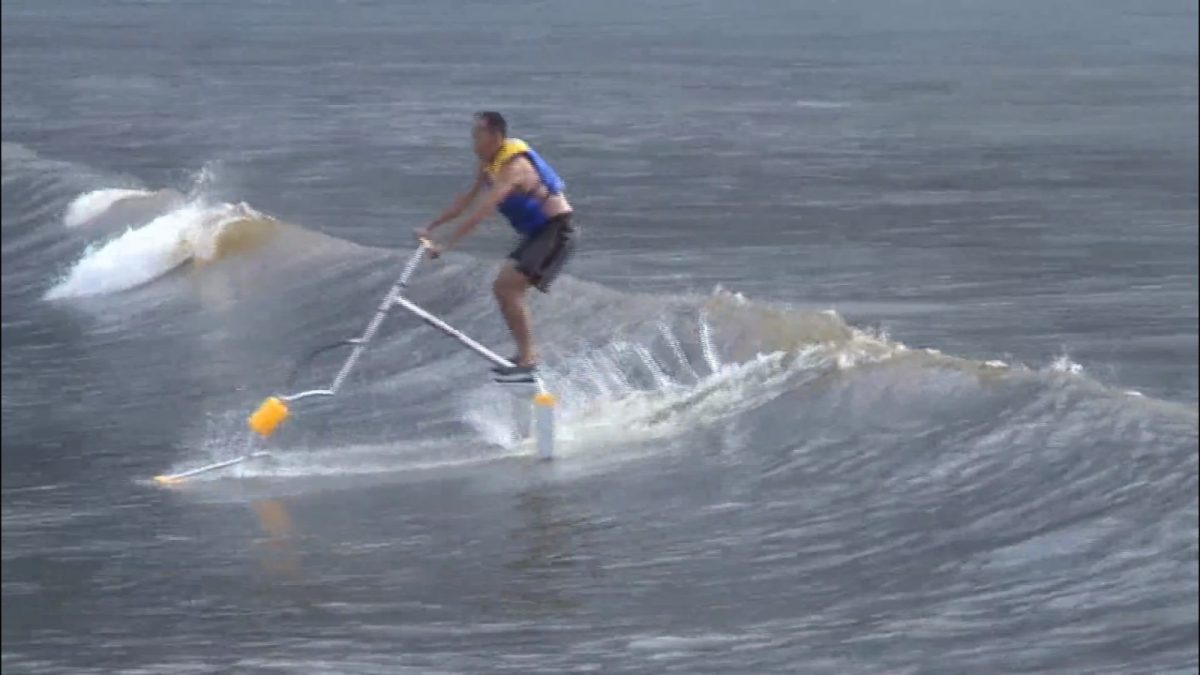 Finding new ways to get from A to B in a fun way is a great idea. Longboarding to and from the shops can turn a boring string of pavement into a concrete wave to shred. The Aqua Skipper is on a whole new level – it’s crazy! Built around a bike-like frame it features a set of fins at the front and back. The Aqua Skipper doesn’t float but when the front fins are driven up and down in the water it creates thrust to propel the craft along. As long as the craft is in motion then it will fly across (or close to) the water’s surface thanks to upthrust from the fins but once you stop pumping the front fins, the craft sinks. The video below gives a quick glimpse at what can be done on the Aqua Skipper, including surfing waves and a few tricks, like manuals, – pretty cool but I’m not sure if many people will rush out to buy one.