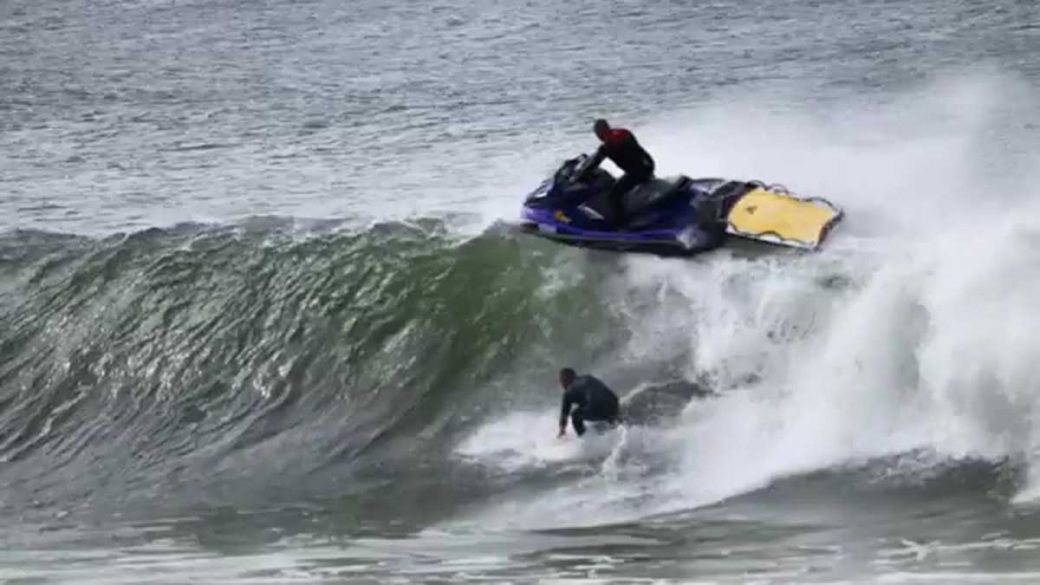 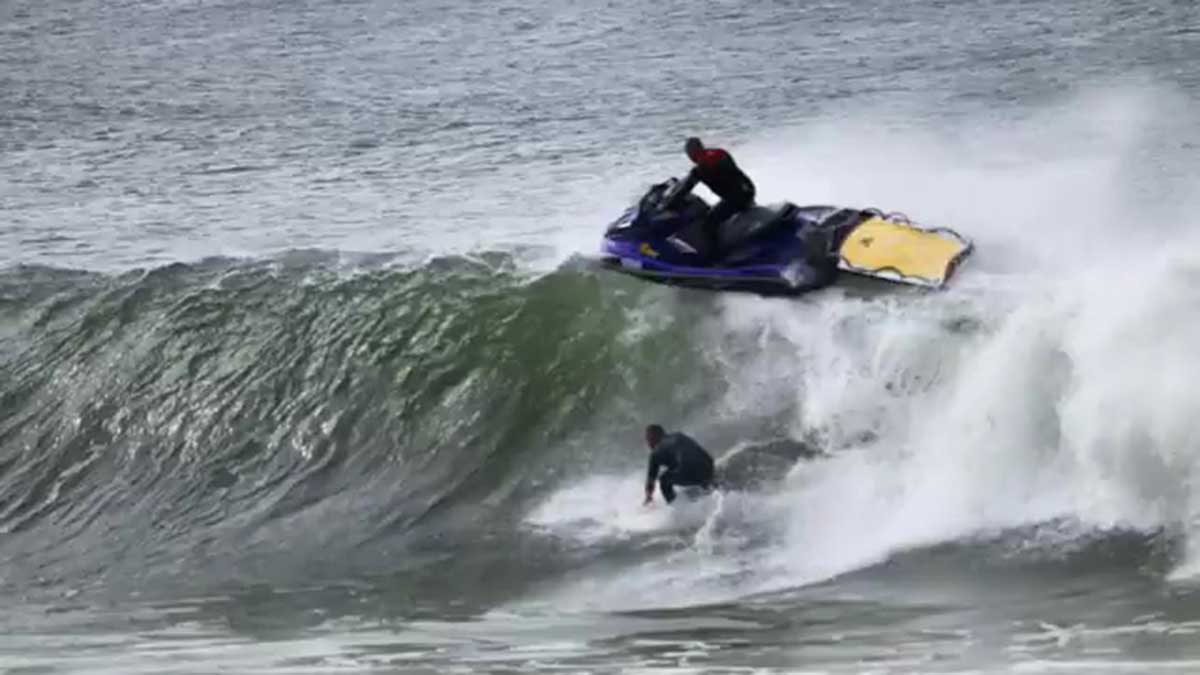 It was nearly game over for one Australian surfer, during the latest swell at Currumbin Alley, as his buddy—riding a jet ski—went over the falls while he was tucked in the barrel.

Aspiring surf photographer Luke Workman captured the hair-raising sequence on Tuesday, and posted it on Instagram:

The incident was the latest highlighting the growing problem of excessive jet ski use on the Gold Coast. Many Currumbin locals have been expressing their frustration with those that use a jet ski to combat crowded lineups.

Carve Surfing Mag points out that the Maritime Safety Queensland code of conduct states a jet ski “must not” exceed six knots within 200m of paddle surfers. The rules also state that unless there is no one else in the water tow-in surfing, jet ski freestyling and wave jumping is not allowed near the Currumbin bar and Tallebudgera Creek.

In a comment on the above Instagram post, Workman called out the ski driver saying he was doing “the wrong thing multiple times and had close calls with more than a few of my friends.”

Everyone was just amazed and in shock after they fell, he got sucked backwards into the wave while his mate was in the barrel. They were on one of the smaller waves that came through as well.

Following the close call, Gold Coast water police Senior Sargent Kim Hill said a patrol was sent to the area on Tuesday. However, by that time, there were fewer skis out on the water and officers did not enforce exclusion zones:

Police did get down there … there were only two or three jet skis out.

The comments come after a growing number of reports have been made that some jet ski users have failed to respect paddlers as per the ‘tow-in’ rules.

When it’s big like that they shouldn’t be doing it.

What do you think? Do the ‘tow-in’ rules need to be enforced more effectively? Should skis be banned entirely?