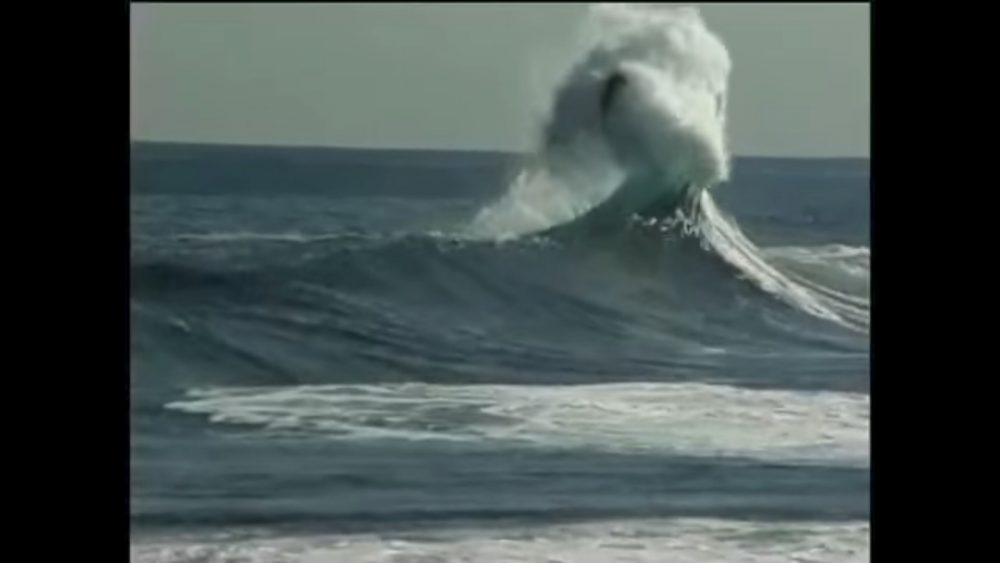 This video came to our attention due to the insane unassisted aerial at 1:42 that featured in an old-skool bodyboarding TV commercial. That little dark smudge in the header photo is a bodyboarder getting launched like a rocket into the air; could it be the highest ever unassisted bodyboarding aerial launch?

The short film also touches upon the history of bodyboarding; it goes way-back before the birth of the modern foam-filled board. The first Hawaiians were only allowed to stand-up on a board if they were royalty…that sounds crazy in today’s culture!

The mini-doc also touches upon some of the darker aspects of surf culture, with some surfers disrespecting the sport of bodyboarding over the years—not giving it enough credit. This is partly due to the fact that anyone can just jump onto a board and ride a wave leading to a misconception of the athleticism of the sport—but that’s the beauty of it and for those riders really pushing the limits of the sport, there are some tricks that have yet to be done on a surfboard that can be pulled off on a bodyboard (think gnarly corkscrew maneuvers). As Mike Stewart put’s it: “I don’t think he (Tom Morey)’s even realised how far people have taken it now…but the main thing is, just enjoy it—enjoy the ride you know!”

As part of the coverage of this underground aspect of surf-culture, the video-makers also showcased tensions bubbling to the surface at packed Pipeline, with infamous North Shore surf gangs defending turf and highlighting any divides.

Whether it’s between a local and a traveller or a surfer and bodyboarder, these types of surf-divides should not exist. Thankfully more and more people are learning to respect all types of wave-rider — it’s all surfing after all!